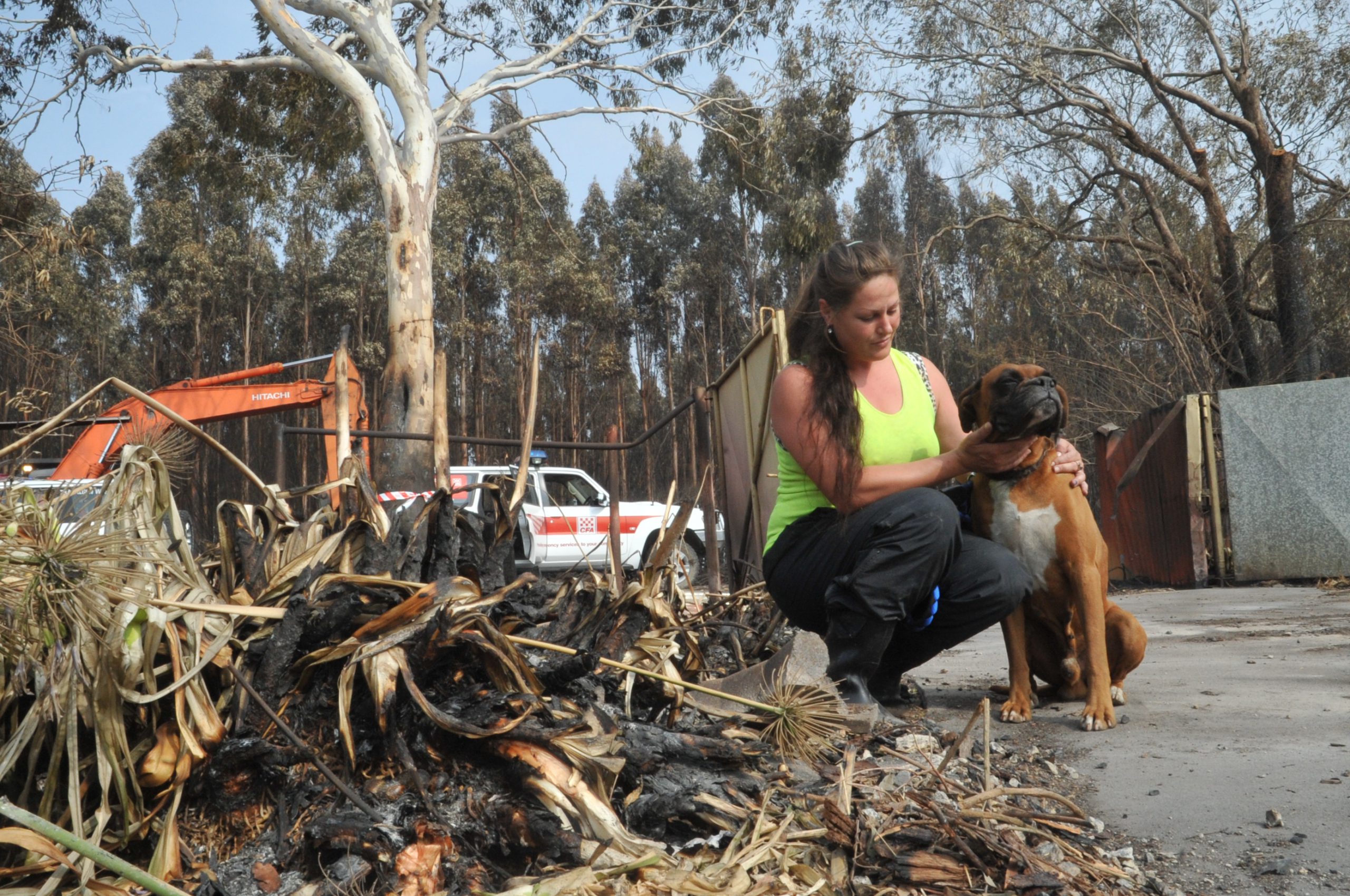 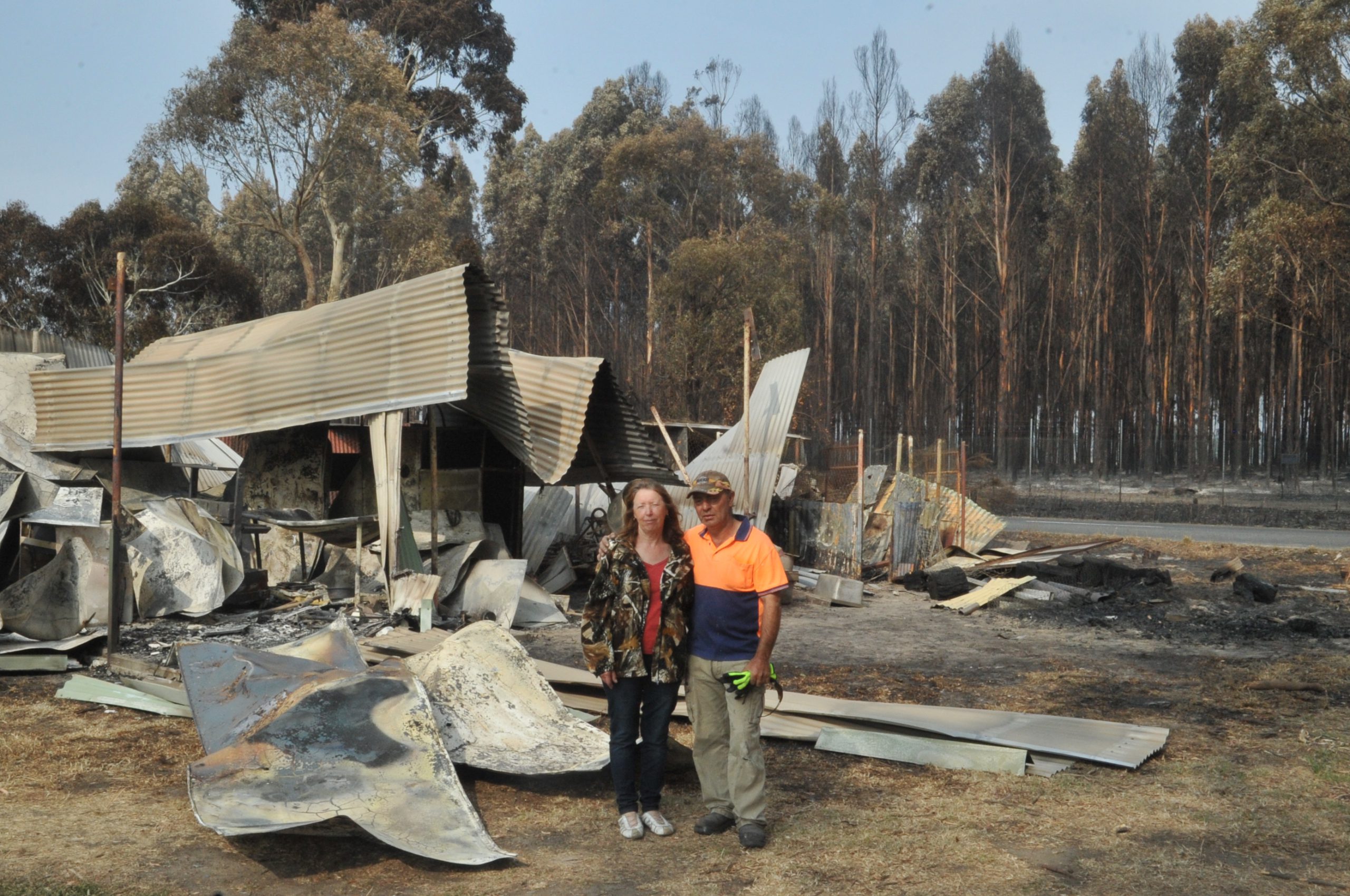 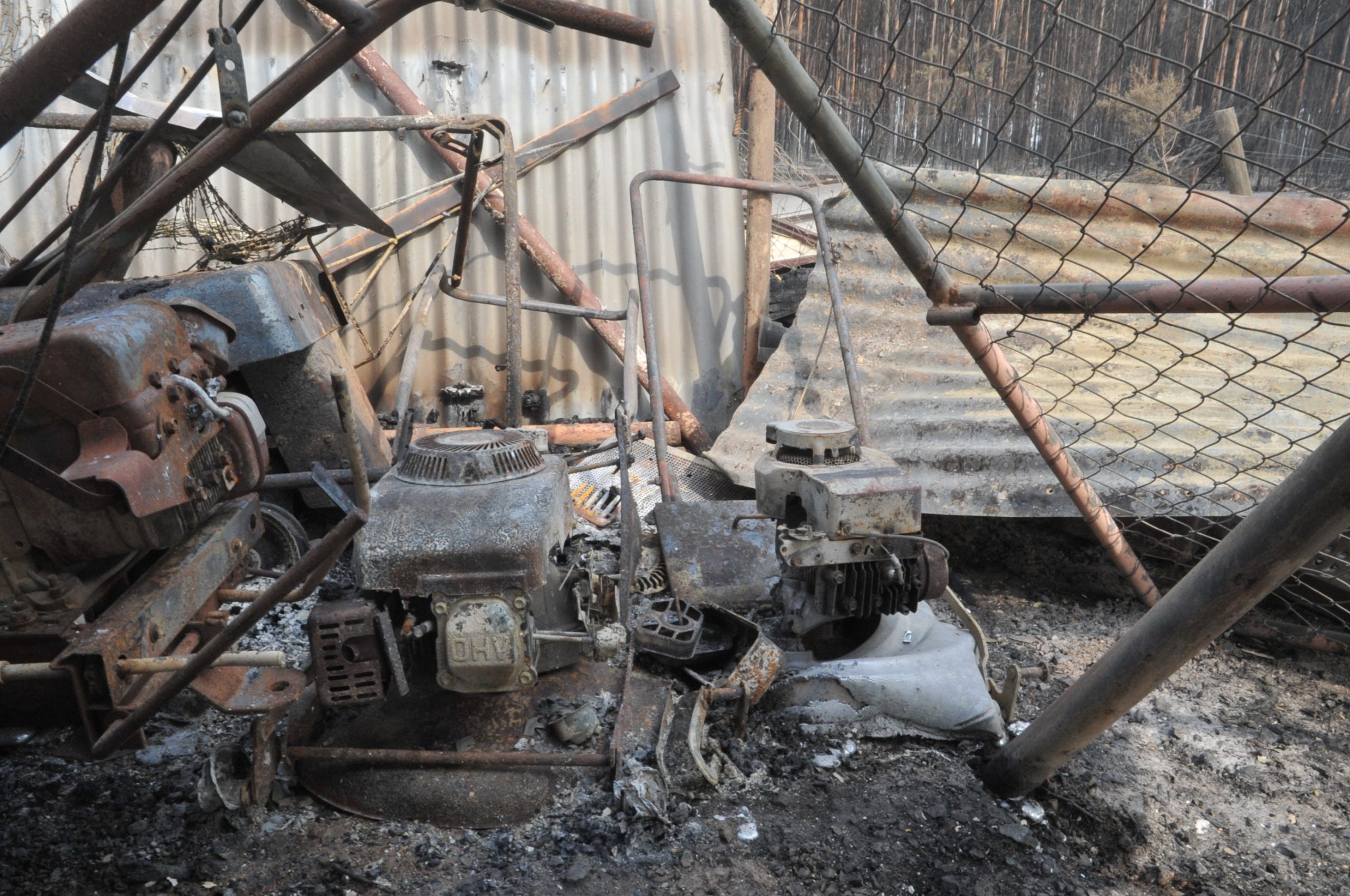 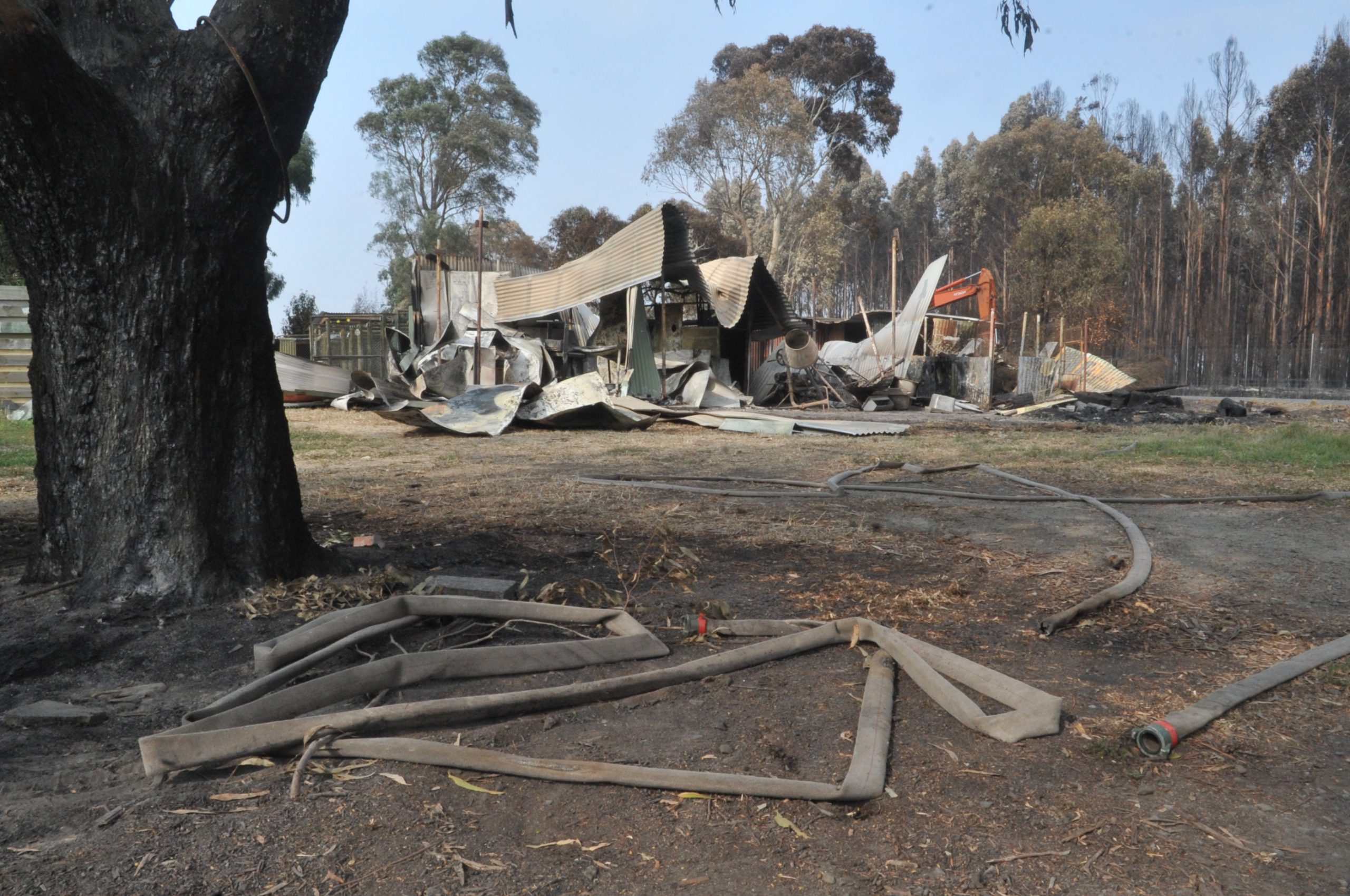 A Morwell family remains in a state of anguish over the death of five dogs on their Latrobe Road property, lost in the Hernes Oak fire on Sunday.

“It’s just been gut wrenching for us losing those dogs – the structures and everything else are replaceable, we can fix them, but what’s happened to the animals is so bloody upsetting,” Charlie Maddaluno said.

Speaking to The Express on the Maddaluno’s semi-scorched property yesterday amid the twisted metal of a burnt out equipment shed, Charlie cut a sentence short to cough free the tightness in his lungs.

“I think I’ve taken in my fair share of smoke these last few days,” he said.

Charlie was at his mother-in-law’s house with his wife Sharon early Sunday afternoon, when news of the predicted wind change came through.

Not knowing the location or path of the Hernes Oak fire, Charlie raced home, where things momentarily looked calm and under control.

However it was only a matter of minutes before the “sound of a roaring freight train” grew south west of the property, and thick black smoke appeared over the neighbouring treeline.

“I’ve been here since 1975 and we’ve never had fire – and here I was standing in thongs, singlet and shorts and there was bloody fireballs coming over the treetops,” Charlie said.

With thick tree plantations directly across the road, the south westerly wind change had taken the firefront directly to the Maddaluno doorstep.

Confronted with the rapidly approaching threat, Charlie decided immediate evacuation was his only option.

However with breeding dog kennels and about 80 rare hog deer on the property, it was one of the hardest decisions he’s ever had to make.

On returning an hour later, Charlie found multiple fires burning across the property.

While his home was still standing, Charlie was soon confronted by the sight of three dogs which had perished in the fire.

With the property still ablaze there was little time to mourn, and about 20 friends and family rallied onto the property from across the Valley to help in the firefight.

“We had fireballs jumping over the property (from the plantation), it was pretty scary stuff – you’ve got to give it to those firefighters, you have to be pretty gutsy to take these things on,” Charlie said.

Despite the sudden outpouring of support, the property’s water mains were found to be unexpectedly inoperable, and fighting the blaze suddenly became a logistical nightmare.

A long human chain was formed between the property and paddock dam 50 metres away to put out spot fires throughout the afternoon.

“We were up to about 4.30am in the morning putting this out. Fires have been lighting up everyday since. I’ve almost been too scared to go to sleep at night in case another fire lights up,” he said.

It was a show of family support which has continued throughout the week; family and friends were still working to rebuild hundreds of metres of lost boundary fencing yesterday to keep the deer herd contained.

Charlie said one deer had to be euthanised with burnt hooves, while another was still on the loose.

For Sharon the aftermath of Sunday’s fire was one of the most challenging ordeals the family has faced.

She said she was still in shock over the loss of the dogs.

“Just to see what had happened was so confronting amid all the devastation here,” Sharon said.

“But to be honest we didn’t think we’d have anything left.

“Pups were being born while the fire was still burning, they are such a big part of our lives. Our whole family’s devastated by this.”

A further two dogs have since been put down, while 12 dogs suffering lung damage from smoke inhalation have been under the constant care of farm helper Briana Randall.

“I’m still pretty shaken up by this – one of my favourite chocolate Labradors had to be put down – he had third degree burns on his paws, pads and tail,” Briana said.

“It’s just been such a tragedy, but we’re trying to comfort and care for these guys as much as we can.”