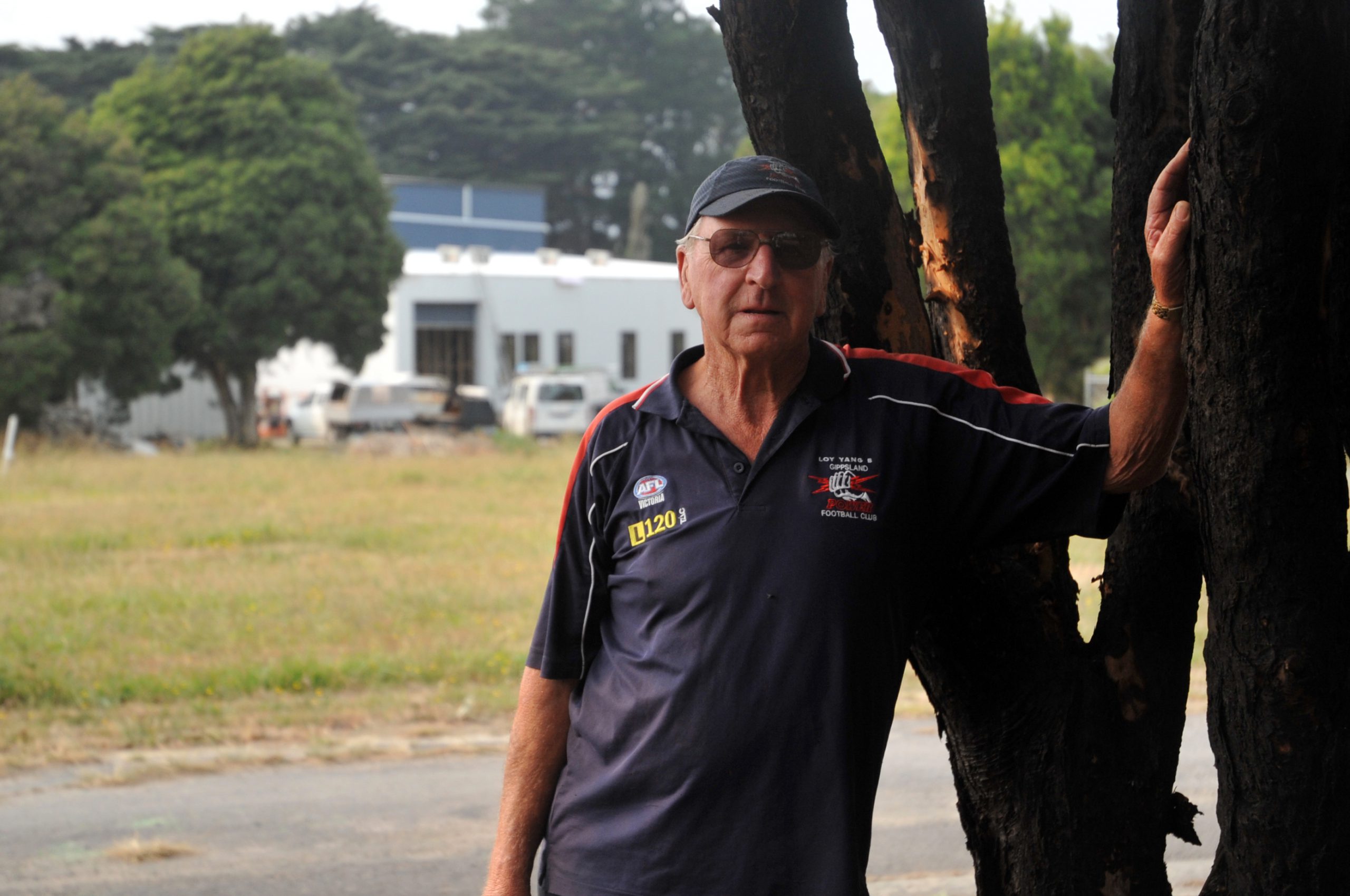 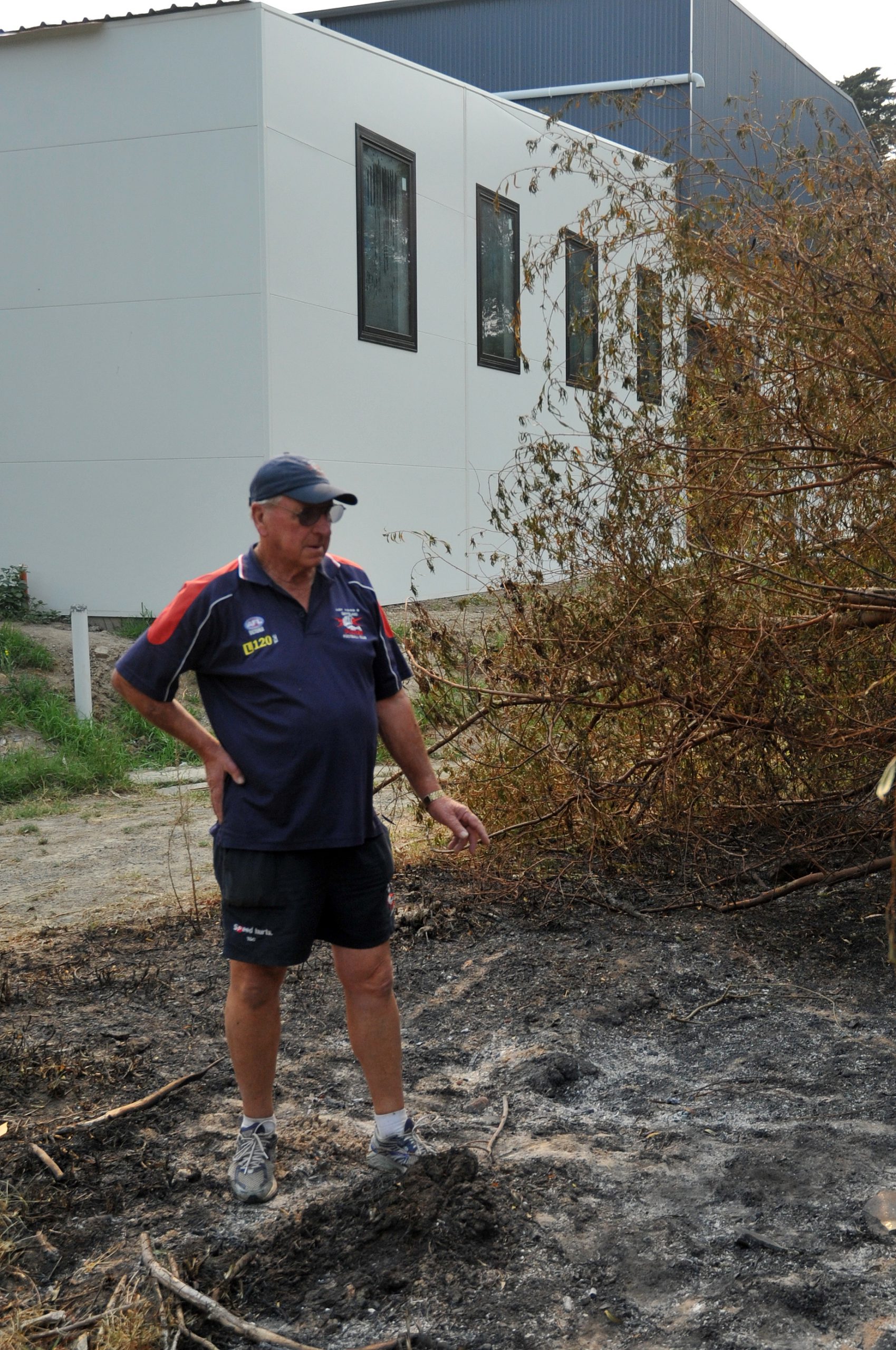 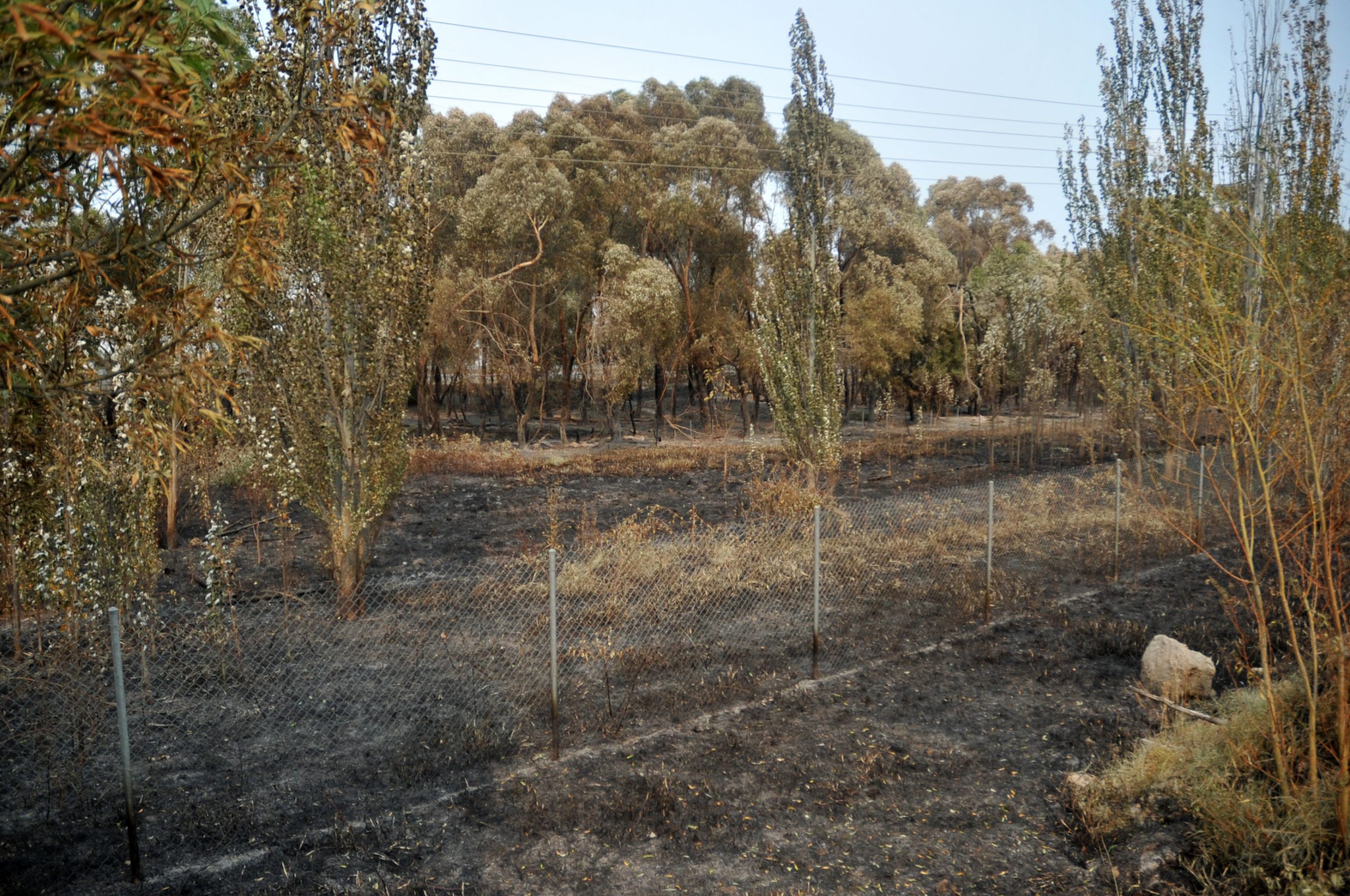 LAST year fire forced Gippsland Power from a Mount Hotham altitude camp via airlift, this year it came right to the club’s doorstep.

Flames were within metres of Power’s newly extended Centre of Excellence at Morwell Football Ground on Sunday as fire crews fought desperately to repel the blaze.

Power caretaker Roger Knowles, who lives on nearby Aherin Street, raced to the ground armed with a garden hose when he noticed spot fires behind the facility, but the inferno quickly grew beyond containment.

Mr Knowles unlocked the gates for fire crews and moments later the scene was awash with apparatus, both grounded and aerial, as the fire joined up with another travelling through the Eric Lubcke Yarra Gum Reserve parallel to the Princes Freeway.

“I saw the flames shoot up a tree and thought I’d better get down there because it was near the footy club,” Mr Knowles said.

“It happened so quick… just a roar then everything was on fire.

“They flew down and were extinguishing this (the old caravan park), and the fire on the south side just whooshed straight through and within half a minute all the choppers were here and half a dozen fire trucks.

“I couldn’t see a thing with smoke, it was so thick, it was shocking.”

Mr Knowles said at one point the fire was five metres from the centre.

“We were lucky… the building is all Colorbond on the outside and it’s all tin,” he said.

Following his heroics, Mr Knowles concluded “I think I live too close to work”.