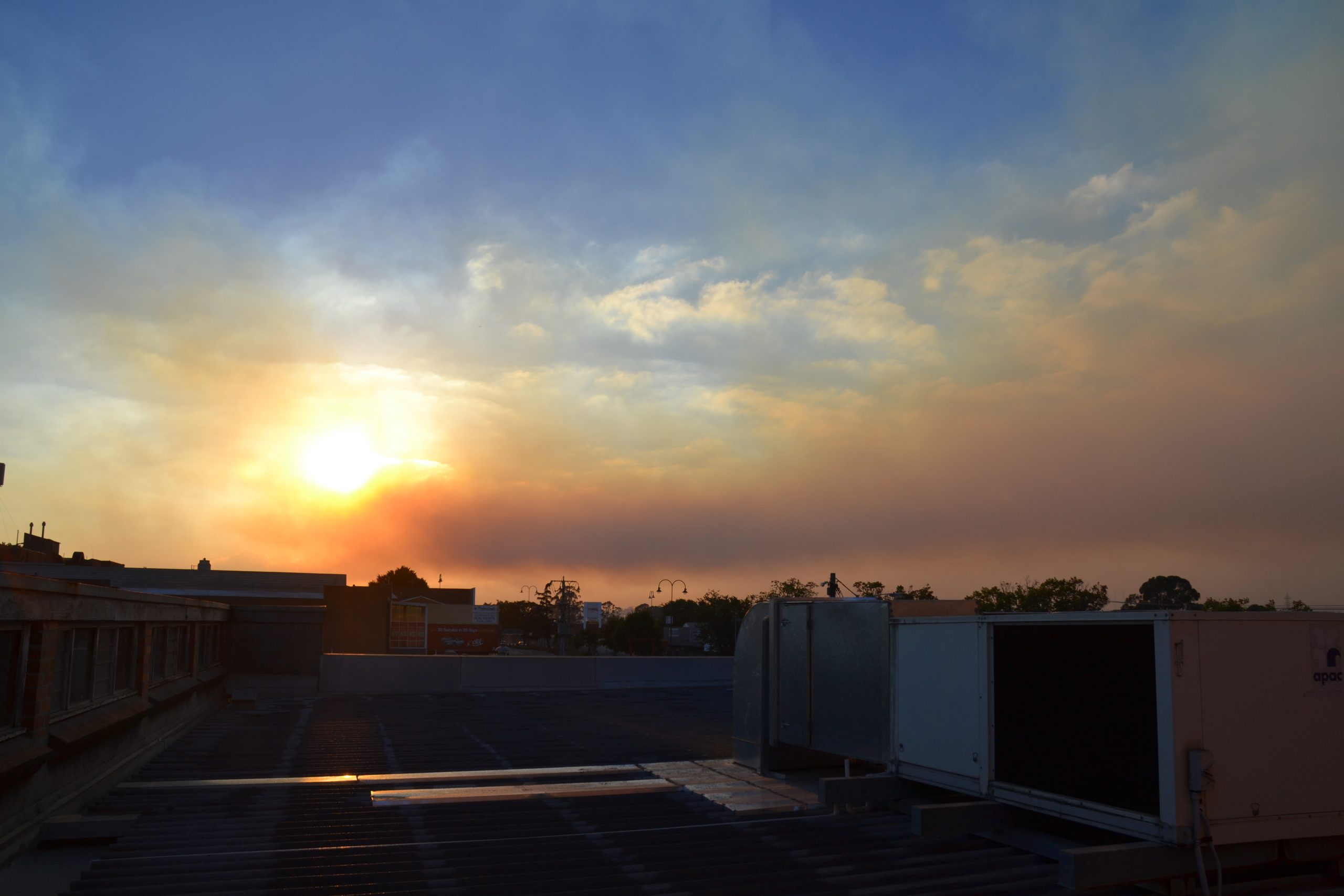 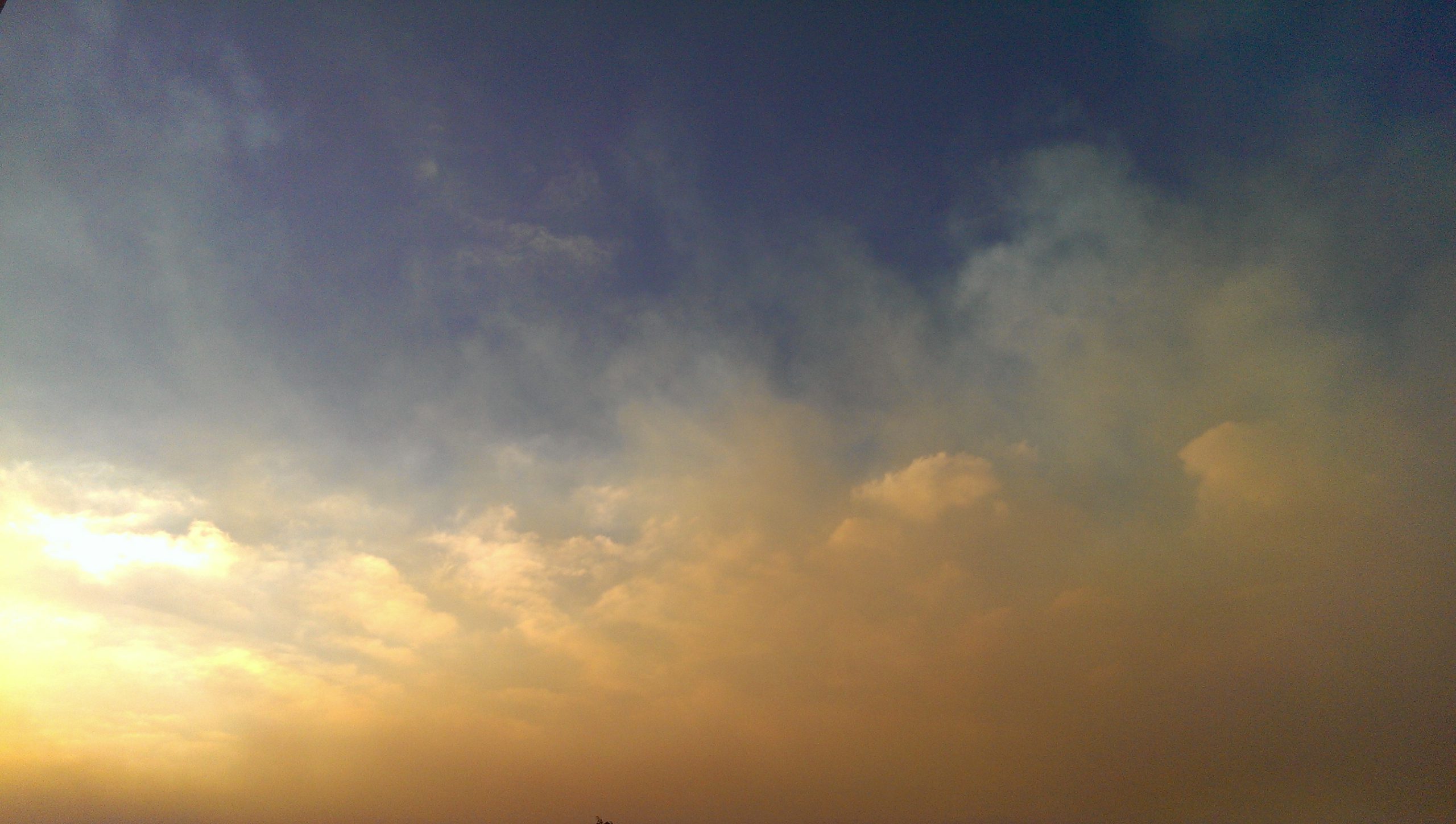 Morwell residents could be exposed to elevated levels of the dangerous gas carbon monoxide for weeks, the CFA has warned, after levels spiked in the township on Saturday.

With the Hazelwood open cut fire predicted to last weeks, carbon monoxide created by the blaze could continue to linger in residential areas in calm weather, according to a CFA update issued yesterday.

“(When there are) no winds to disperse smoke… it is possible that this will happen again until the fire is out,” the CFA bulletin stated.

Anxiety swept through much of Morwell’s population on Saturday after a carbon monoxide alert warning was issued at 12.59pm for the town, recommending residents west of McDonald Street and Maryvale Road to shelter indoors.

Residents were advised to ensure all external doors, windows and vents were closed, and to switch of heating and cooling systems.

At 3.30pm the ‘watch and act’ alert was downgraded to an advice level, notifying residents it had become safe to ventilate houses, however with thick smoky conditions prevalent throughout the afternoon, social media was alight with concern as to whether it was safe to do so.

Carbon monoxide is an invisible odourless by-product of burning fuel and exposure symptoms include tiredness, headaches, dizziness, nausea and confusion, according to the Victorian Government’s Better Health website.

With the CFA predicting “at least several weeks of work ahead” in the fight to extinguish the blaze, emergency services HazMat technicians will continue to monitor carbon monoxide levels in Morwell and issue further warnings if and when required.

About 20 firefighters are now believed to have attended hospital with exposure symptoms or concerns after working at the open cut blaze, which has become a carbon monoxide sinkhole since the fire broke out on 9 February.

When asked last week if residents would be at risk to the increased carbon monoxide levels, emergency and monitoring authority spokespeople said on a number of occasions the Morwell township would not be affected.

Meanwhile, with the absence of wind at the weekend, the lingering smoky conditions reached some of their worst levels since last Sunday, creating a thick plume over the town and reducing visibility at some points to less than a kilometre.

Air monitoring data from the Environment Protection Authority showed air quality index ratings were blown off the charts at the weekend, with Morwell returning a reading of 459 on Saturday between 3pm and 4pm, more than three times the threshold for its worst quality rating, ‘very poor’.

“All this bloody smoke is killing me – I’m seizing up in the back of the throat and the house smells bloody terrible,” Mr Beveridge said, adding a recent heart bypass operation was not helping.

“When I heard about (the carbon monoxide) on the radio I closed all the windows and locked the doors to stop it coming in, but I’m in these commission flats with three-inch wire vents you can’t close, so it would have still been getting in.”

While Mr Beveridge said he had been coping throughout last week, the worsening conditions – which he described as “a thick London fog descending over Morwell” – had become unbearable.

“The nights are the worst – I got up to have a sleeping tablet (Saturday) night and that didn’t even work – I had to plant a fan beside the bed just to make it easier to breath,” he said.

“On top of all this, the dog has been annoying… me because I haven’t been able to take him for a walk for three days.”

A CFA community information bus was set up in Morwell yesterday to answer residents’ concerns.

EPA field operations group manager Elizabeth Radcliffe advised residents they could conduct a smoke assessment themselves, without need for any monitoring equipment.

“If you can see 20 kilometres in front of you the air quality is good. If you can only see 10km in front it is poor and that is the stage when alerts are issued,” Ms Radcliffe said.

“If visibility is less than 1km then (the air) is hazardous and you should be limiting your exposure as much as possible.”

Signs of smoke irritation include itchy eyes, sore throat, runny nose and coughing, while worsening symptoms may include wheezing, chest tightness and difficulty breathing; children, elderly and those with pre-existing illnesses are more vulnerable.