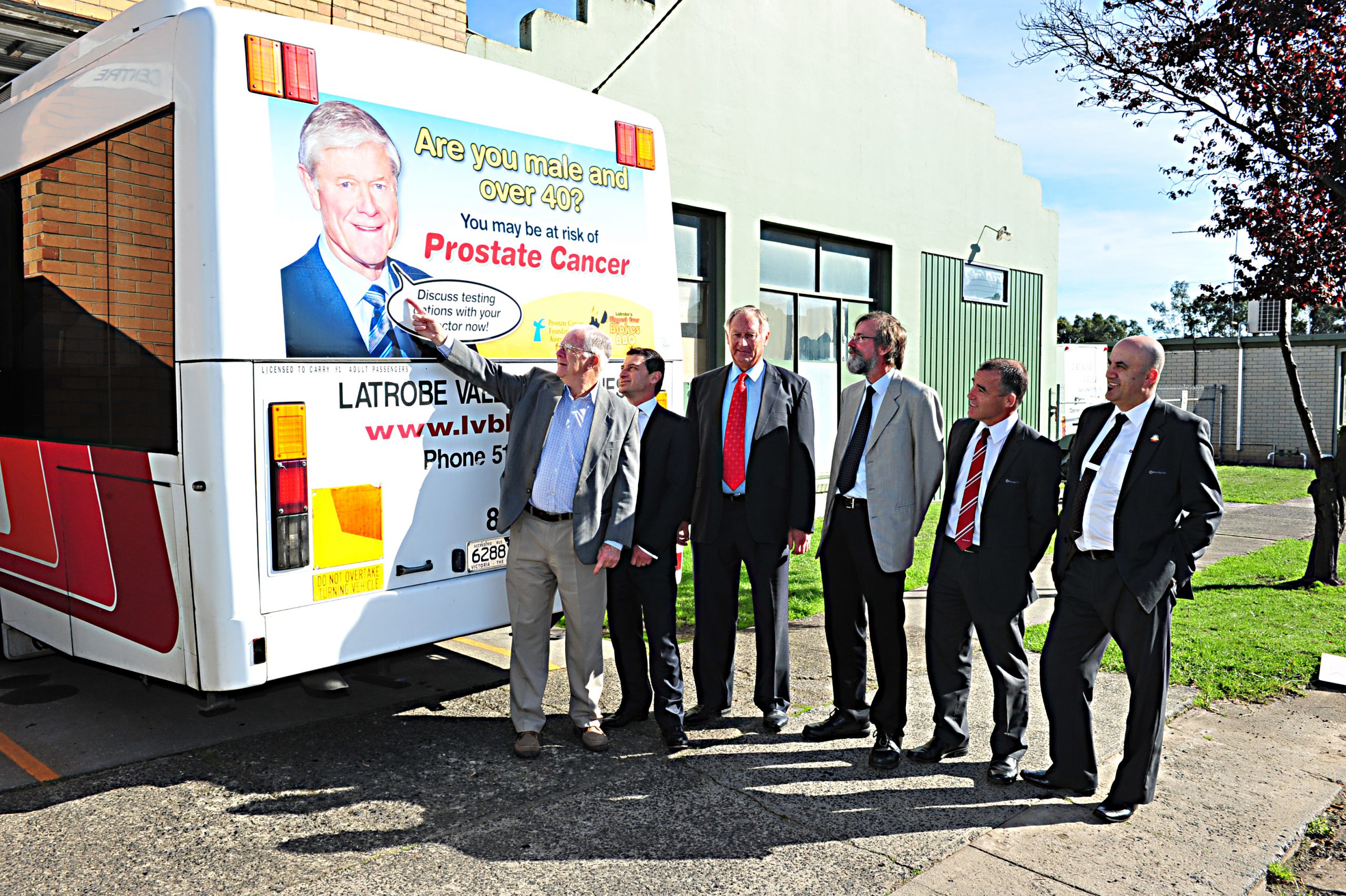 Another step has been taken towards promoting men’s health awareness in the Latrobe Valley in the lead-up to the Biggest Ever Blokes BBQ.

Buses across the Valley have been stamped with a health message from Australian Football League legend David Parkin, which encourages men more than 40 years old to have their prostates checked.

Biggest Ever Blokes BBQ chair Ian Nethercote said the awareness campaign was about encouraging Gippsland men to stay on top of their health.

Mr Nethercote said because men in Gippsland and the Latrobe Valley were 30 per cent more likely to suffer from prostate cancer than those of metropolitan Melbourne, the Monash School of Public Health and Preventative Medicine was conducting research into the prevalence of the disease in the region.

“Monash will be presenting some of the findings of that at the barbecue on 16 May and we’ll see what other things need to follow,” Mr Nethercote said.

“We’re keen to raise the level of awareness of men’s health issues throughout the region.

“We’re also looking to ensure a lot of the funds we raise, but not all, are actually allocated back into improvements and looking at ways of dedicating that back to looking at our own region.”

Mr Nethercote said he hoped to eventually raise the level of awareness of prostate cancer to that of breast cancer.

“We would hope one day we will get that discussion to be at a similar level as what breast cancer is at,” he said.

“Certainly there is a difference between the awareness levels of the two and yet if anything the deaths from prostate cancer is slightly higher.”