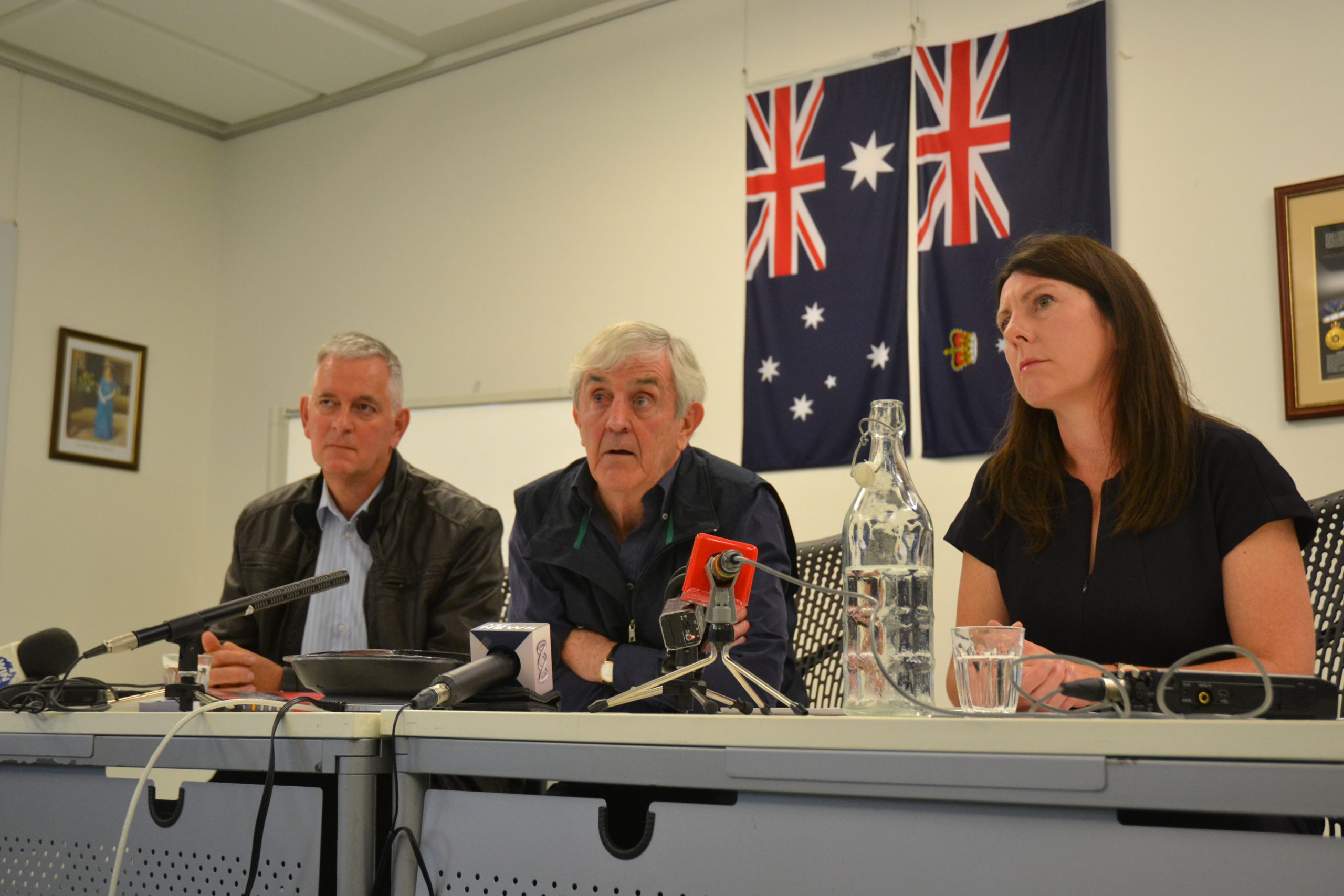 More than 40 Morwell residents are relying on a Latrobe City contracted insurance broker to push for payouts on Hazelwood mine fire cleanup claims, which have been rejected or held up.

Traralgon insurance broker Alan Wilson, who is representing many Morwell residents impacted by the fire said many claims were rejected by cheaper insurance providers including Real Insurance and AAMI, which fall under the Suncorp banner, because the fire was located more than 10 metres away from their homes.

These insurance firms have stuck to a clause in their policy, which stated the fire needed to be within 10 metres of a residence to claim smoke damage.

Mr Wilson, who has been working out of the Community Information and Recovery Centre in Morwell, said another, more expensive insurance firm, RACV, would pay out claims once the fire was deemed ‘completely out’.

He said he was working on overcoming these issues, as more than 40 Morwell residents have had claims rejected.

“There have been a lot of people in the recovery centre who have been insured with one of the Suncorp companies and there is a particular exclusion, which is causing concern. We’re currently trying to have this reviewed and trying to request a meeting with Suncorp,” Mr Wilson said.

“People wouldn’t be able to do this themselves but this is what we’re trying to do; you need a collective group to be able get something done.”

To overcome RACV’s request for confirmation of the fire being out, Mr Wilson has appealed to Emergency Management Commissioner Craig Lapsley to write a letter confirming there would be no more smoke or ash protruding from the open cut.

“They want notification from someone with authority that the fire is out for insurance processes,” Mr Wilson said.

“They’re going to pay the claims, but they only want to pay them once; technically if you lodged a claim now and it got dirty again from ash you’d be able to lodge another claim.”

“The only issue they have will be the condition of the roof spaces. If a roof space has been cleaned or new insulation installed in the last few years they’ll pay for all the cleaning,” Mr Wilson said.

“If it’s something that hasn’t been done for 50 years with coal dust already over it, they’ll probably ask people to contribute.

“They’re going to treat each one of those cases on their own merit and then go through and authorise the cleaning of the houses.”

RACV told The Express it was handling 36 claims, which had all been managed and assessed by an assessment team and a decision would be made this week as to how it would proceed with claims it has accepted.