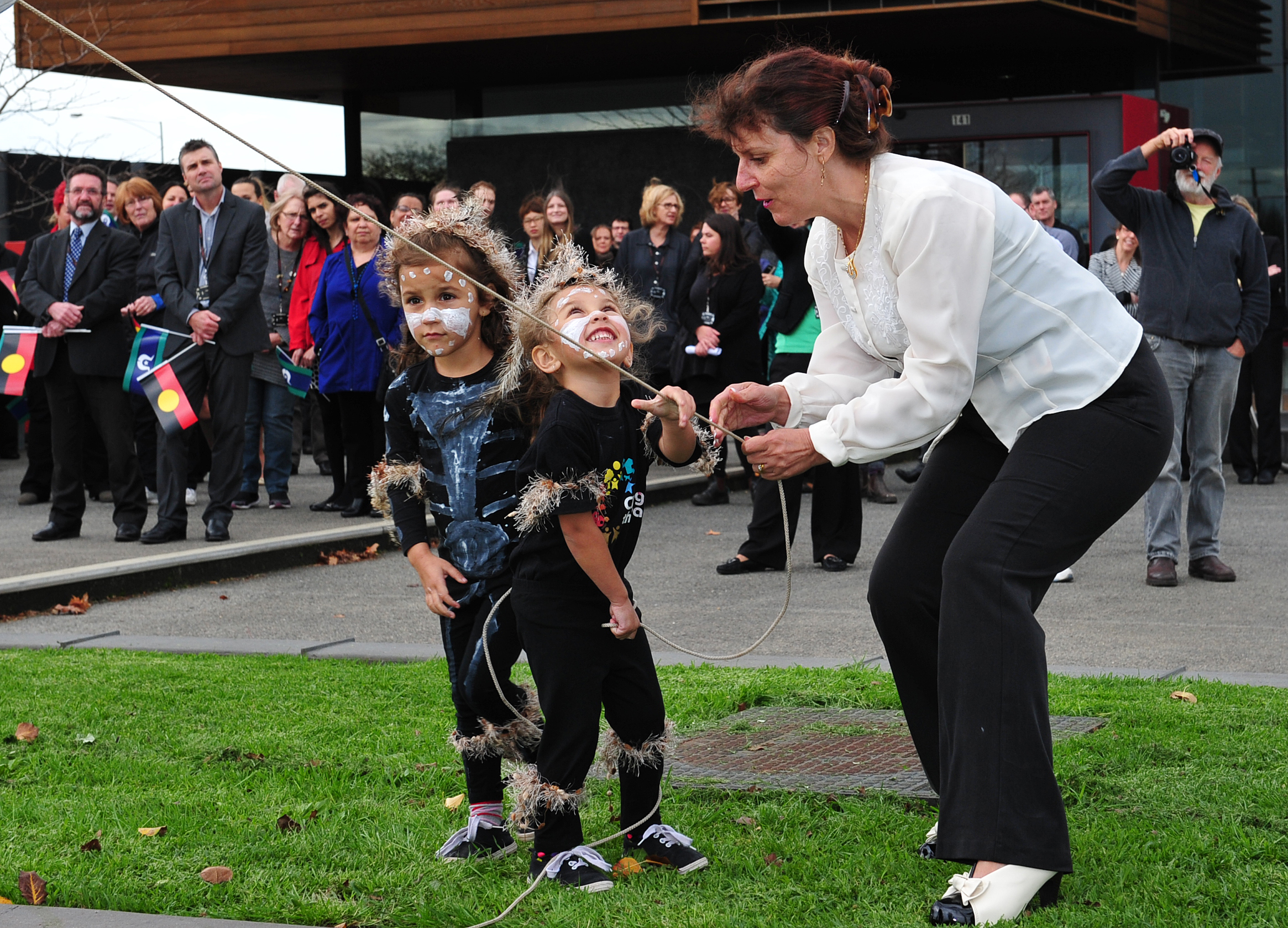 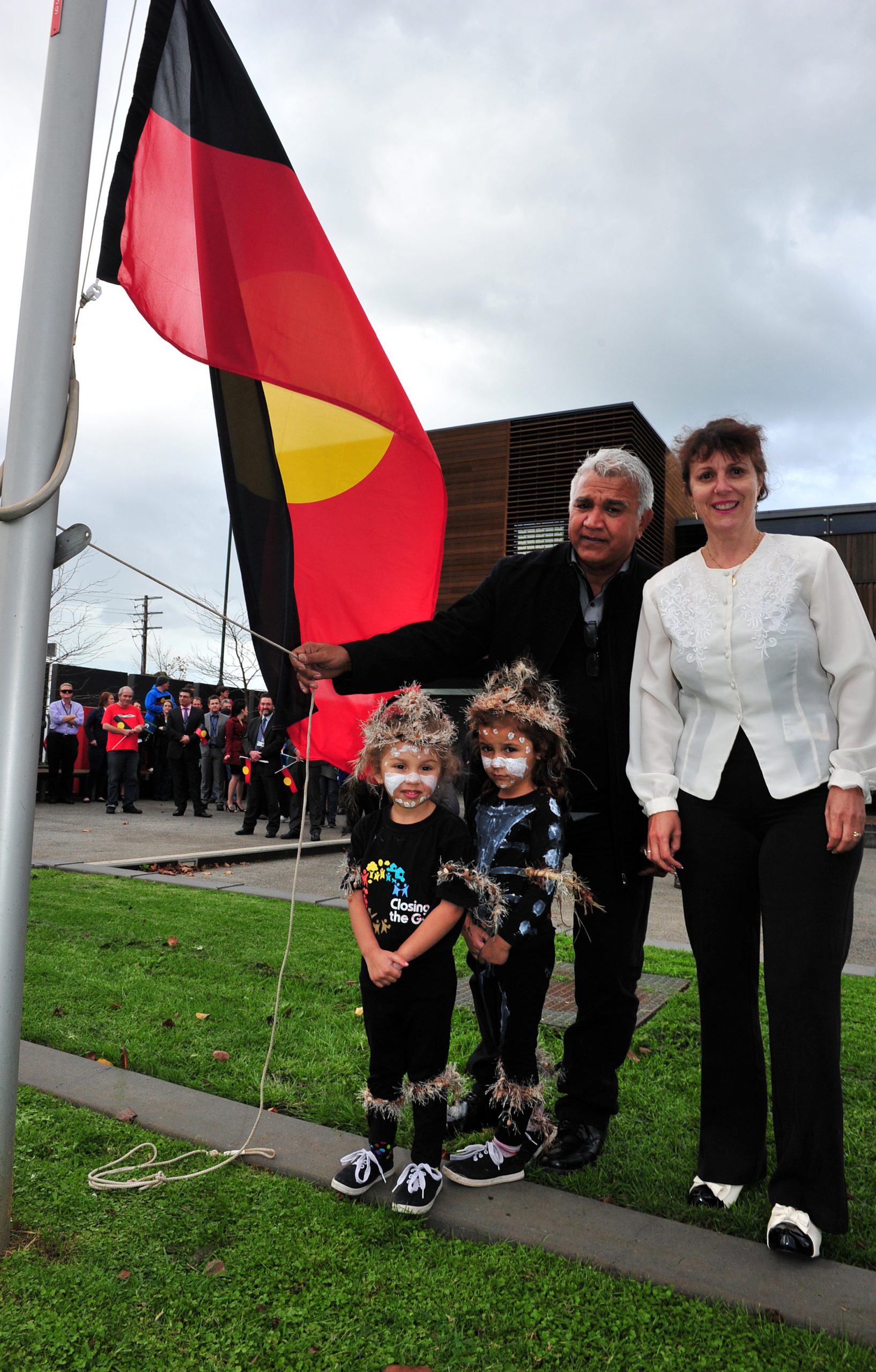 With a hint of ceremonial smoke in the air, community members gathered to raise Australian indigenous and Torres Strait Islander flags yesterday.

“It’s all about growing together into the future for the long term and obviously there’s been a real focus on the need to celebrate our indigenous community and so this Reconciliation Week is a way of focusing on it,” Cr White said.

“It’s been a great response today and I think we’ve got to give credit to particularly our staff member Chelsea Stewart for being the anchor and making it all happen.”

Latrobe City mayor Sharon Gibson opened the ceremony and highlighted actions and initiatives taken by council over the past year to create new opportunities, pathways and recognition for indigenous people in the area.

Cr Gibson drew on the reinstatement of the Torres Strait Islander flag in August 2013, indigenous employment programs and improved access to service providers for indigenous people across all age groups.