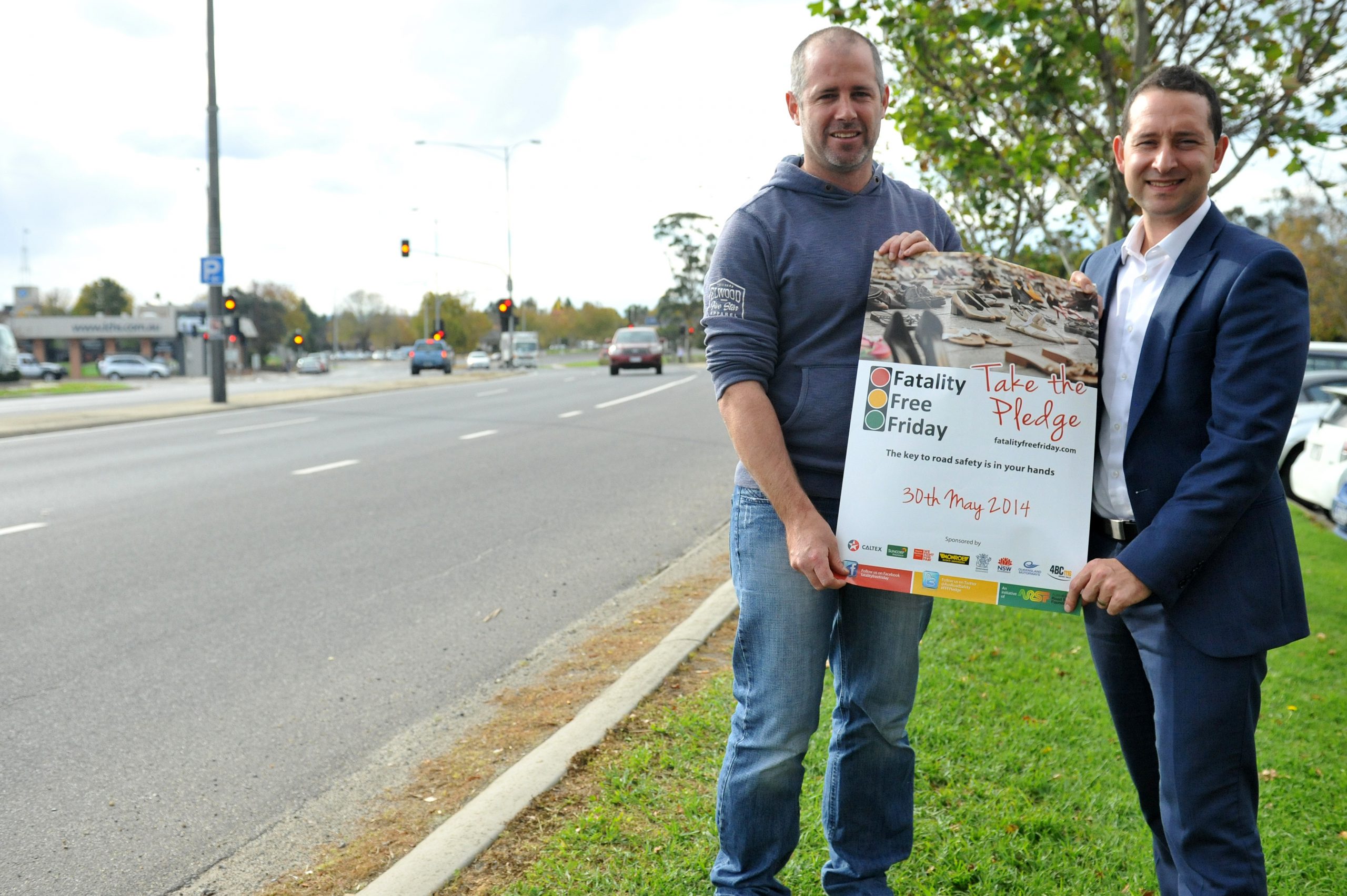 A moment of inattention at the wheel can cause a lifetime of consequence – something Morwell’s Troy Makepeace knows all too well.

Mr Makepeace was seriously injured near Traralgon when a car struck his bicycle in 2012, an accident which has created a lingering ripple effect on his life.

Still unable to straighten his right arm, and affected by enduring numbness, Mr Makepeace could not return to work for 18 months after the incident, and his preferred profession is now off the table.

“Being an electrician is something I love and to be told that I should be steering away from that was something I had to get my head around,” he said.

“The effects of my injuries means I have to steer away from that due to the effects it would have long term.”

Aside from the personal hardship, Mr Makepeace said family and friends were also impacted.

“Mine wasn’t a fatality, but I’ve been able to see what effect it’s had on my family, and not just my wife and kids, friends, my mum and my brothers and sisters,” he said.

The incident put a premature end to Mr Makepeace’s first shared hobby with his brother and accomplished cyclist Paul, who was on hand when the accident occurred.

“My brother’s into motorbikes, go karts, cars, and I’m into (other) sports. Growing up playing footy… there wasn’t that mutual love. This was the first thing we’d been able to do together that we both enjoy, (and it was gone) straight away – two rides we’d been on,” he said.

“He rides competitively and every time he’s at the front of the group, he might hear a crash behind him and a little thing like that gets the hairs on his neck standing up; every time you read something in the paper about a cyclist getting hit by a car, every time you drive past a cyclist, it’s constant.”

The FFF pledge has been taken by more than 50,000 people ahead of tomorrow’s national goal of zero road fatalities.

The pledge, which can be taken online, prescribes the basic safety measures to be taken while driving, such as following the speed limit, wearing a seatbelt, avoiding drink driving and following general road rules.

Mr Makepeace’s legal representative throughout his ordeal, Maurice Blackburn Lawyers, is another supporter of the FFF campaign.

“The idea is to try and use this as a platform to try and drive community change so that in due course these good driving behaviours become a habit,” Mr Andrieri said.

“In Gippsland there’s something like 30 deaths a year on these roads, so we do get exposed to it in this line of work and we do see the trauma it causes, not just to families but sometimes, particularly, regional communities.”

Take the pledge online at www.fatalityfreefriday.com