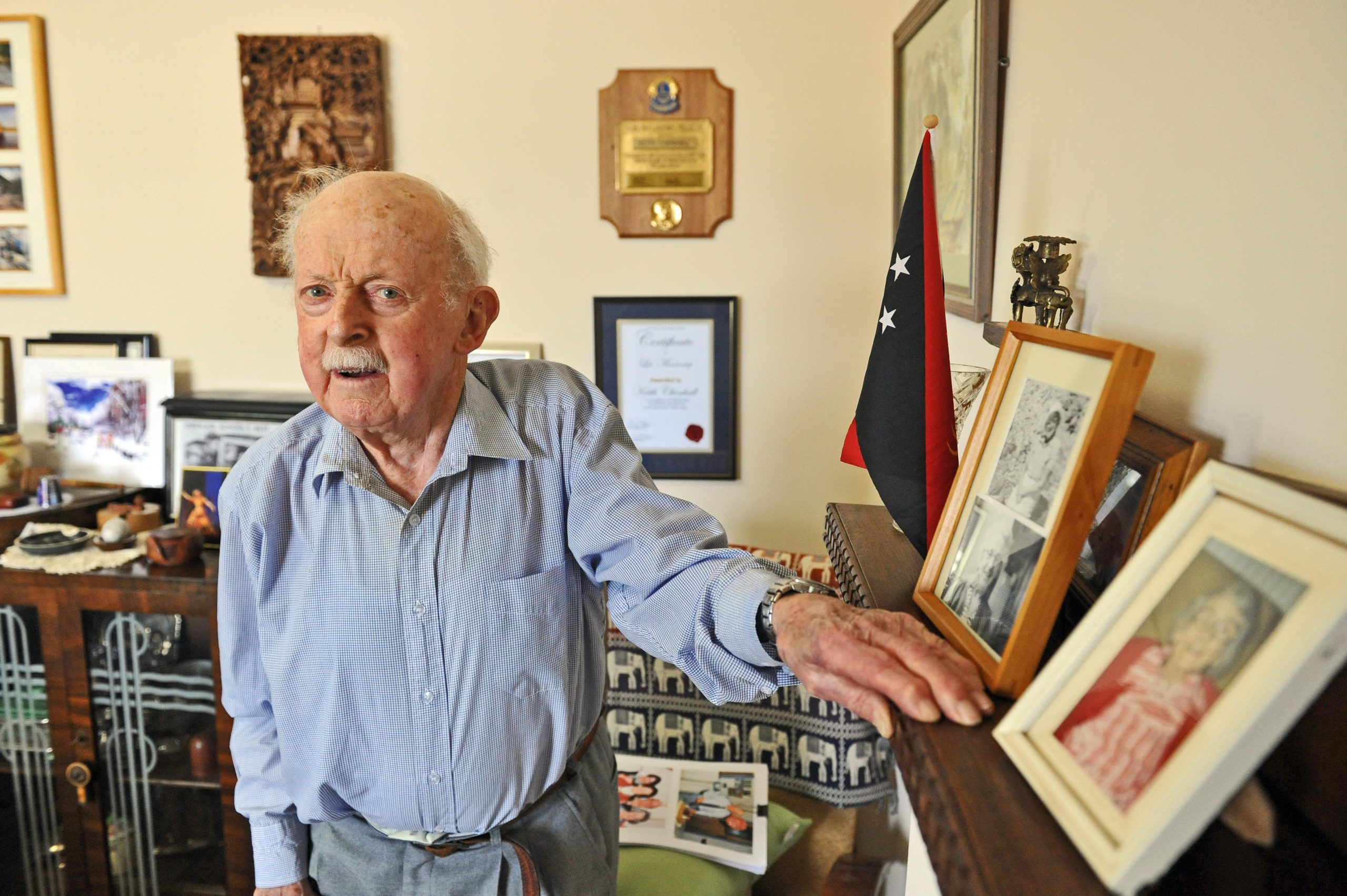 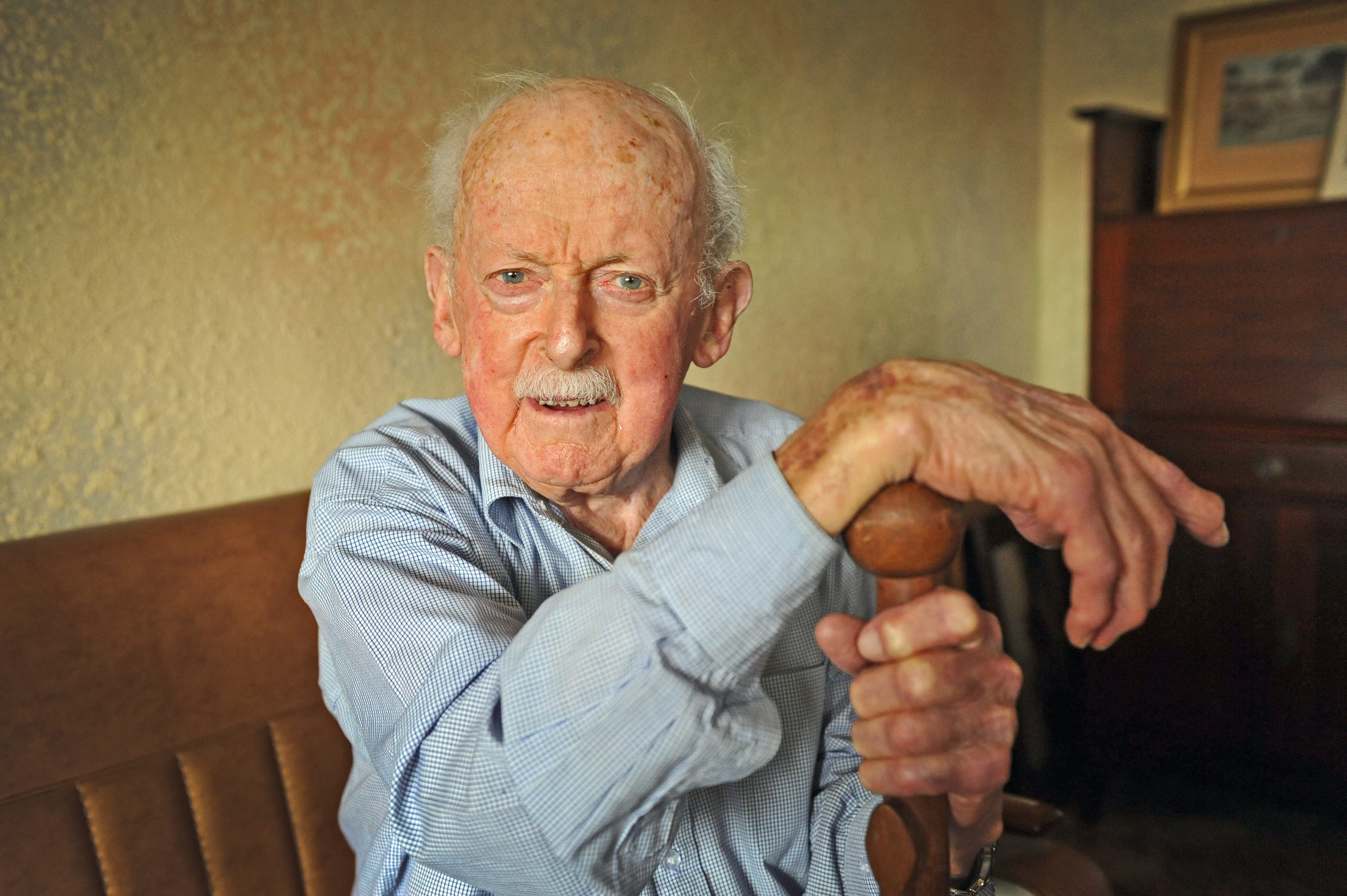 Joseph Keith Chenhall has been remembered as “a true son of Traralgon” who was ahead of his time.

Mr Chenhall spent his life giving to Traralgon through volunteer work and donations until the end, and on Australia Day this year was awarded an Order of Australia Medal for his efforts.

While Mr Chenhall never married or had his own children, he was heavily involved in the Traralgon community and often made customers of Chenhall’s Shoe Store his friends.

He began his volunteer work with Apex upon his return from serving in Papua New Guinea during World War II and his contributions to Traralgon snowballed.

“I’m well-known in the town and well-supported. Traralgon is my town because I was born here but if we can help as we go, so much the better,” Mr Chenhall told The Express in January.

He was also a life member of Apex and Traralgon City Band and a member of Traralgon Cemetery Trust, Traralgon Chamber of Commerce and a parishioner and honourary lay canon at the Anglican Parish of St James.

Since 2002, the Keith Chenhall Charitable Foundation has directed more than $220,000 to organisations in Traralgon, however Mr Chenhall never sought recognition nor publicity.

“Having no family and seeing what some families have to cope with, I’m happy to give (the Latrobe Special Developmental School) support really, that’s my most rewarding thing I think,” Mr Chenhall said in January.

Yallambee and Margery Cole aged residential care services received many funding allocations from the trust over the years and board chair Lorraine Bartling OAM said the crowd who attended Mr Chenhall’s memorial service was testament to the contribution he made to his community.

“He was an extremely generous, humble person,” Ms Bartling said.

Known to Mr Chenhall as Bando, Pratish Bandopadhayay was an international student from Nepal studying in Melbourne when the two met in 1961.

Mr Chenhall was the international director of Apex Traralgon and invited Mr Bandopadhayay to stay on a Callignee farm for the weekend.

“When I went to Melbourne University to do my engineering Keith would visit us every now and then to check up and see how we were going and that’s how the friendship grew,” Mr Bandopadhayay said.

Mr Bandopadhayay said Mr Chenhall took on the role of an older brother in his life and even visited Nepal for his wedding.

“The thing I’ll never forget, while he was in the village there was a fire in the village… Keith was with me and he was fighting the fire,” he said.

“Keith was well ahead of his time because in 1961 he was a real broad-minded multicultural Australian, which was not really there at that time,” he said.

“He also believed that there’s something to be learnt from other cultures and people, but on the other hand he was very patriotic.

“He would drive everywhere and put his hand up and say this is my country.”

Referred to as “Uncle Keith” in the Bandopadhayay family, Mr Bandopadhayay said he will forever remember Mr Chenhall’s continuing drive and motto of “come on, we have a job to do”.