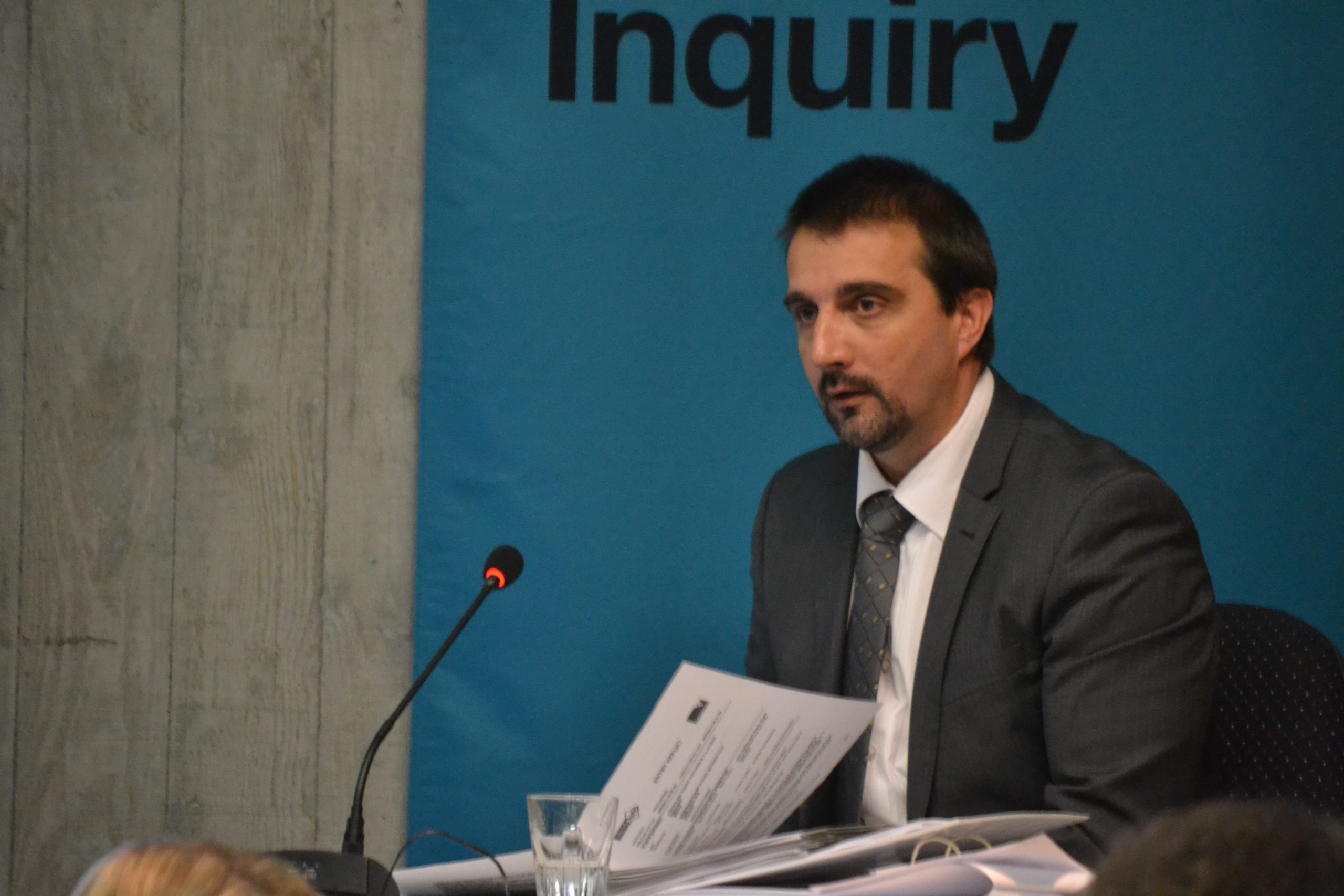 An inspection of the Hazelwood mine by the Victorian WorkCover Authority found operator GDF SUEZ had failed to maintain a continuous 50-metre fire break around the perimeter of the mine.

VWA earth resources unit technical inspector Kevin Hayes yesterday told the Hazelwood Mine Fire Inquiry an improvement notice was issued to the mine operator on 20 March after 100 millimetre-tall grass was found near burnt out areas of the mine.

Mr Hayes told the Inquiry the existence of the grass was a breach of one of GDF SUEZ’s own fire prevention control measures, however it was later clarified the height of the grass was not the cause of the fire. The revelation came amid a morning of tough questioning of the work safety authority yesterday, after it was revealed on Tuesday WorkCover was the responsible regulator for fire prevention measures in Latrobe Valley mines.

The Inquiry learnt GDF SUEZ had also been issued two improvement notices in June 2012, after a “verification inspection” by VWA centring on fire safety, found the mine’s own safety assessments were incomplete.

Given an October 2012 response deadline, by which GDF SUEZ provided further documentation, Mr Hayes said the company had ultimately complied with the notice, satisfied “they had addressed the concerns raised with them”.

“Nowhere do we see anywhere in that documentation which control measures had been considered, whether they had been implemented, or the reasons for that,” Mr Rozen said, to which Mr Hayes agreed.

“Would you agree these are important matters one would expect to see in safety assessments carried out in relation to a major mine fire?,” Mr Rozen asked, to which Mr Hayes also agreed.

“Part of me is perplexed that fire took place in the mine… it was a large fire that took a long time, 45 days and yet there’s been no breach of any legislation,” Ms Petering said.

Mr Hayes responded by stating inquiries into the fire break, and other matters were under continued investigation and inquiry.

The VWA’s time on the stand comes as part of the third and last week of the Inquiry,  focusing on fire prevention and mitigation, which Mr Rozen described as an attempt “to unlock the regulatory puzzle”.

The Inquiry has been probing to clarify whether there is a “gap” in regulator responsibility in the policing of fire prevention in open cut mines.

On Tuesday, Earth Resources executive director Kylie White, from the Department of State Development, Business and Innovation said her department had no role in fire prevention since OH&S moved to VWA in 2008.

Taking the Inquiry stand later yesterday, VWA’s Len Niest said WorkCover had only regulated fire prevention measures where fire could be considered a hazard or harm for those in the workplace.

Pushed further on the matter, Mr Niest said now that it was understood a large scale mine fire could put the wider community at risk, he would be asking further questions of Hazelwood.

“I believe the regulations and laws under the OH&S act provide me with sufficient tools to now go back to the duty holder (GDF SUEZ),” Mr Niest said.

“We will be asking that duty holder to assess that risk and present to me the controls they are willing to put in place to prevent that risk so far as is reasonably practical.”

The Inquiry wraps up its hearing tomorrow.