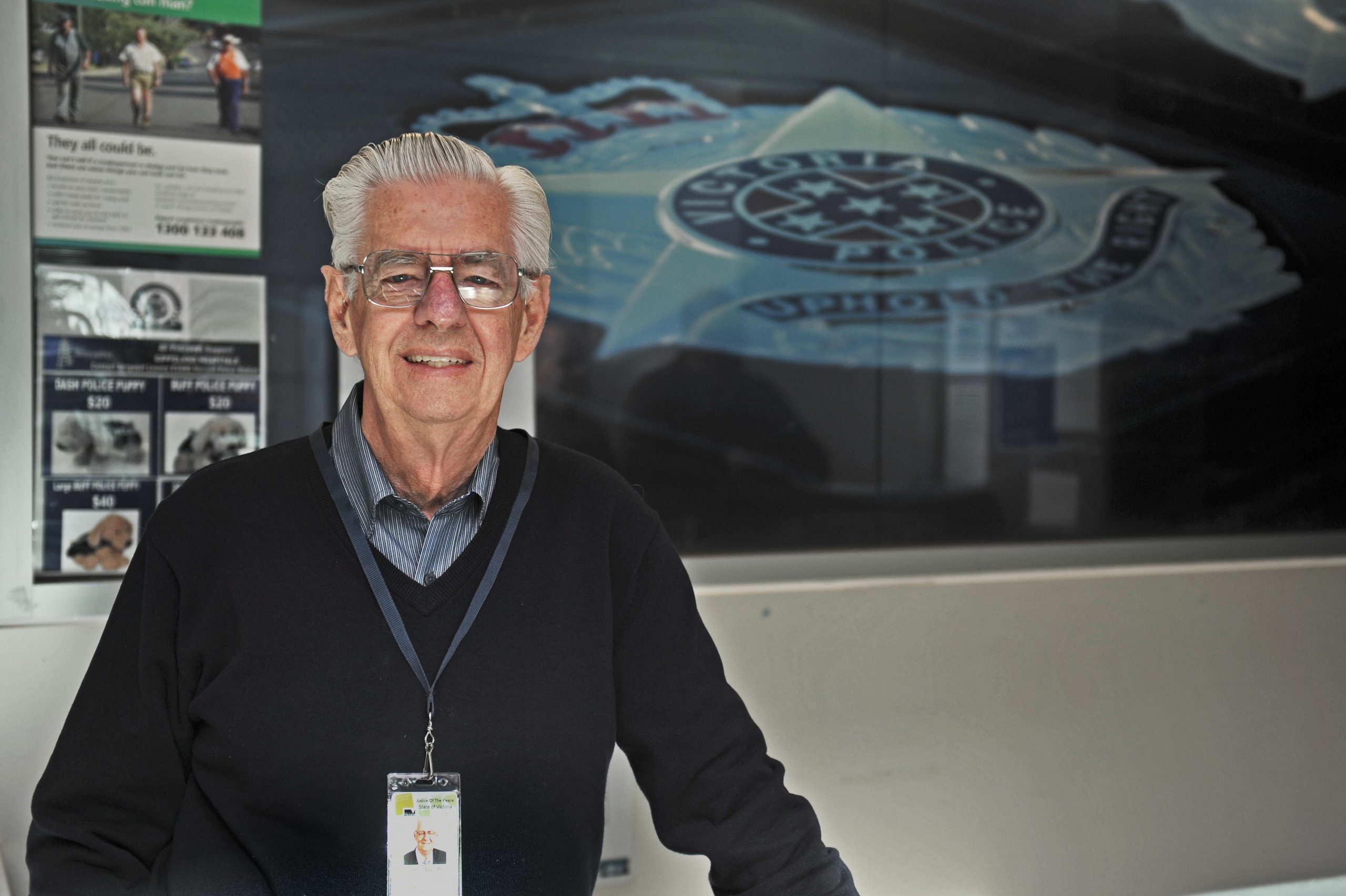 For the past 20 years, Morwell’s John Guy has been on call to help youth or people with disabilities in need and has voluntarily given his time to his community.

The former mayor of Morwell has spent his retired life helping the town by giving two decades of service as a justice of the peace, 16 years to business group Advance Morwell and 21 years on the Latrobe Community Health Service board with the last five as chair.

This year marks Mr Guy’s 20th year serving as a volunteer justice of the peace at the Morwell Police Station.

During his time as a justice of the peace, Mr Guy has undergone additional training, sitting in on police interviews with people under the age of 18 if a guardian is unavailable and people with disabilities, to ensure they understand the interview process.

“We make it very clear we are not police right from the start,” Mr Guy said.

“We sit with them and explain to them what their rights are and make sure they understand the process they’re going to go through.”

Mr Guy said he usually received a gesture of gratitude from the recipients of his support.

“Some of them will, at the end of the interview, shake hands with you and thank you for being there and others you’ll get no comment at all,” he said.

“In the main I think they appreciate the fact that you’re there; this can be any time in a 24-hour cycle, it could be over a meal time, late at night or between one or two in the morning.”

Mr Guy said there had been many changes in the past 20 years and continuous training was needed to take part in advocacy programs.

“When I originally became a justice of the peace, enshrined in that was being an independent person with police interviews with young people,” Mr Guy said.

“The justice of the peace role now is virtually around the signing of documents, statutory declarations, affidavits and certified copies of documents.

“I think it’s an interesting job; it’s a continual learning process, we’re required to undertake training on a fairly regular process and keep ourselves up-to-date.”

As coordinator of Morwell justice of the peace rosters, Mr Guy said volunteers with good standing in the community were always welcome to join the team.

“It’s been a great experience, it’s been a learning experience, it teaches you a lot about what goes on in society and there’s a feeling of achievement in terms of being able to help the community,” he said.

For information on becoming a justice of the peace, phone the Department of Justice on 8684 4117 or email jp@justice.vic.gov.au