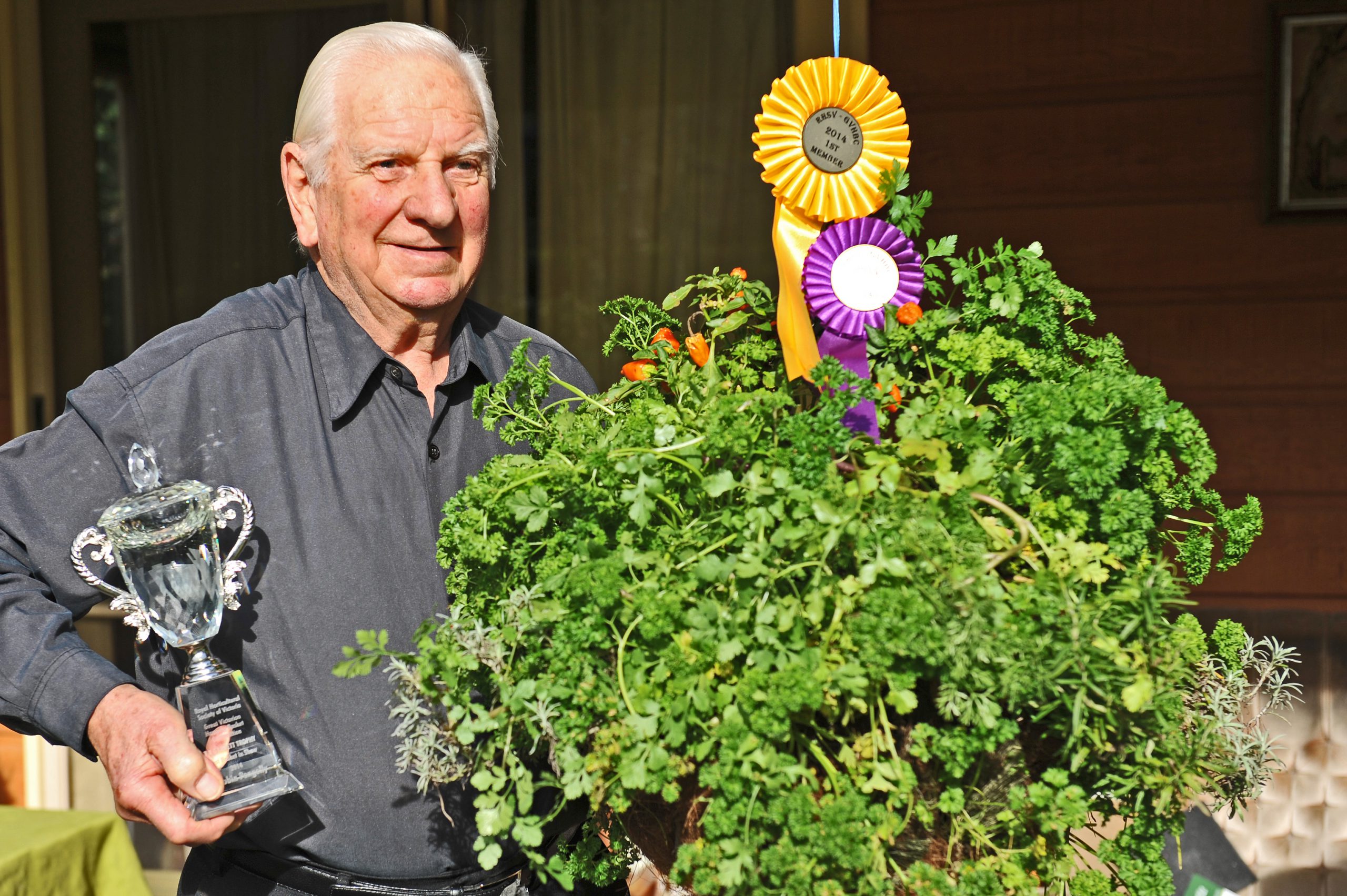 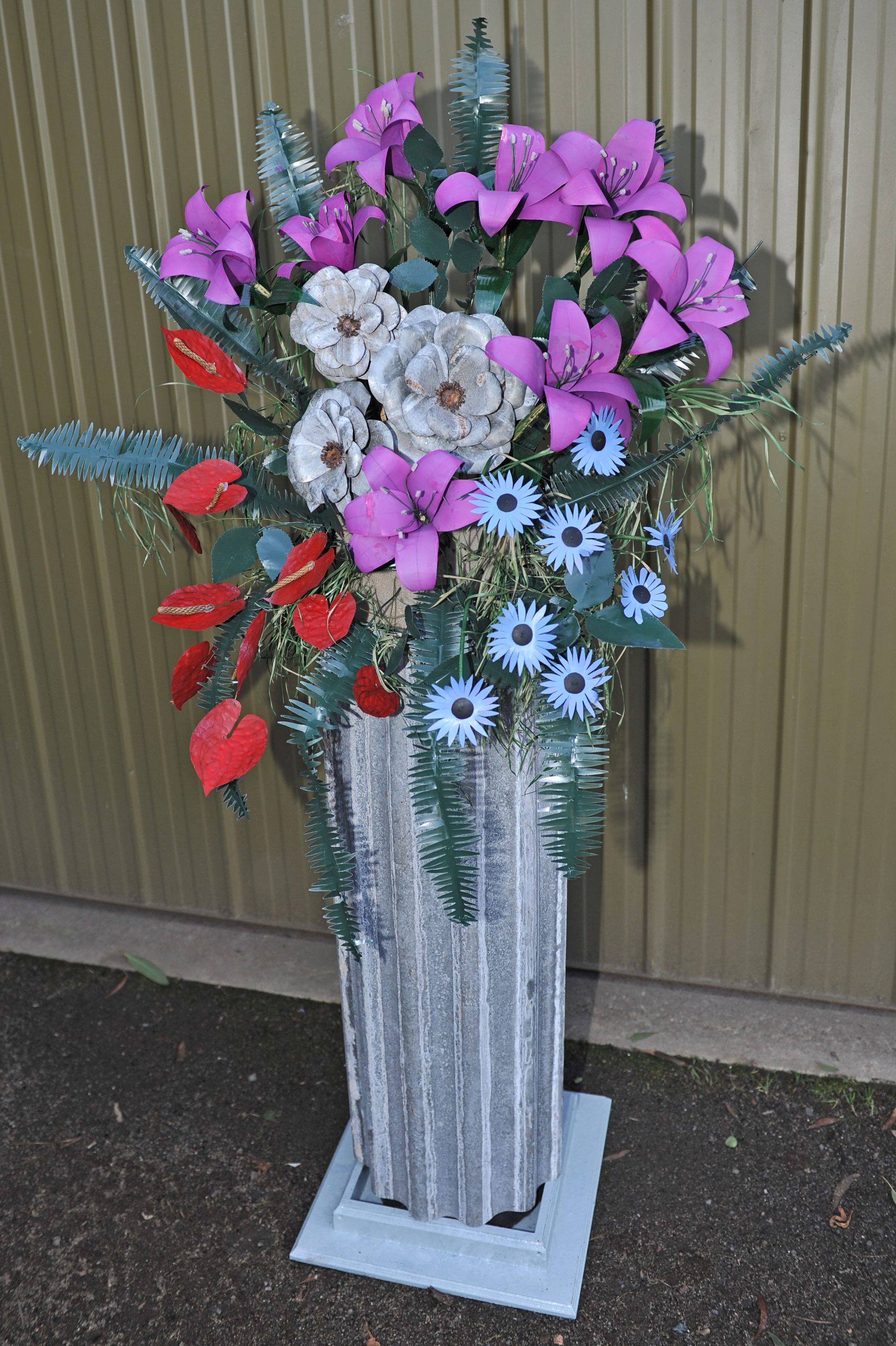 A JEERALANG Junction resident may be one of the few male amateur floral artists in Australia, but his passion for beauty hasn’t wavered.

Rob Pengelly, 87, cannot understand why he’s often the only man in the room at national horticulture exhibits and competitions in Australia or in his home country, New Zealand.

“There have been hundreds of women exhibiting, and I’m the only male,” Mr Pengelly said.

“I think you’ve got the beautiful flower, but if you can make them better or show them to their best advantage, I like doing that.”

This can be seen on his three-and-a-half acre property abutting Morwell National Park.

The garden is bursting with life.

A wide variety of herbs cascade out of his award-winning hanging baskets on his front verandah and more than 100 roses blush with vivid red, pink and yellow colours.

“I’ve got a great philosophy in life. You often hear people say, ‘why are people getting older… and I think it’s important to eat the right food and get exercise… but it’s important to have a goal,” Mr Pengelly said.

He also created a flower bouquet sculpture made entirely out of rusted corrugated iron from the Morwell Transfer Station and beer cans for arc Yinnar’s ‘Creative Waste’ exhibition.

“I’ve always got to have something new that I’m working towards,” Mr Pengelly said.

He said his love for plants stemmed from his childhood in a town north of Christchurch.

His parents were vegetable growers and he remembers a primary school teacher who taught him to bud roses when he was eight years-old.

“It’s because of her that I took on the interest of horticultural and eventually a degree,” Mr Pengelly said.

Mr Pengelly believes he was the first in Australasia to gain a horticultural degree.

He received a Bachelor of Agricultural Science (Horticulture) in 1951 and later his masters in 1957 from the University of New Zealand.

He worked as an assistant vegetable specialist at the Department of Agriculture in New Zealand, and later moved to Australia to work as a senior research plan quarantine officer in Canberra.

It wasn’t until retirement that he returned to his love of horticulture, and has since enjoyed growing and making things and exhibiting his efforts.

He is a member of many horticulture and flower clubs, including the Friends of the Rose Garden, the Waverly Garden Club, the Latrobe Rose and Garden Society, the Traralgon Horticultural Garden Club, Floral Art Society of Victoria, and the Sale and Floral Art Group.