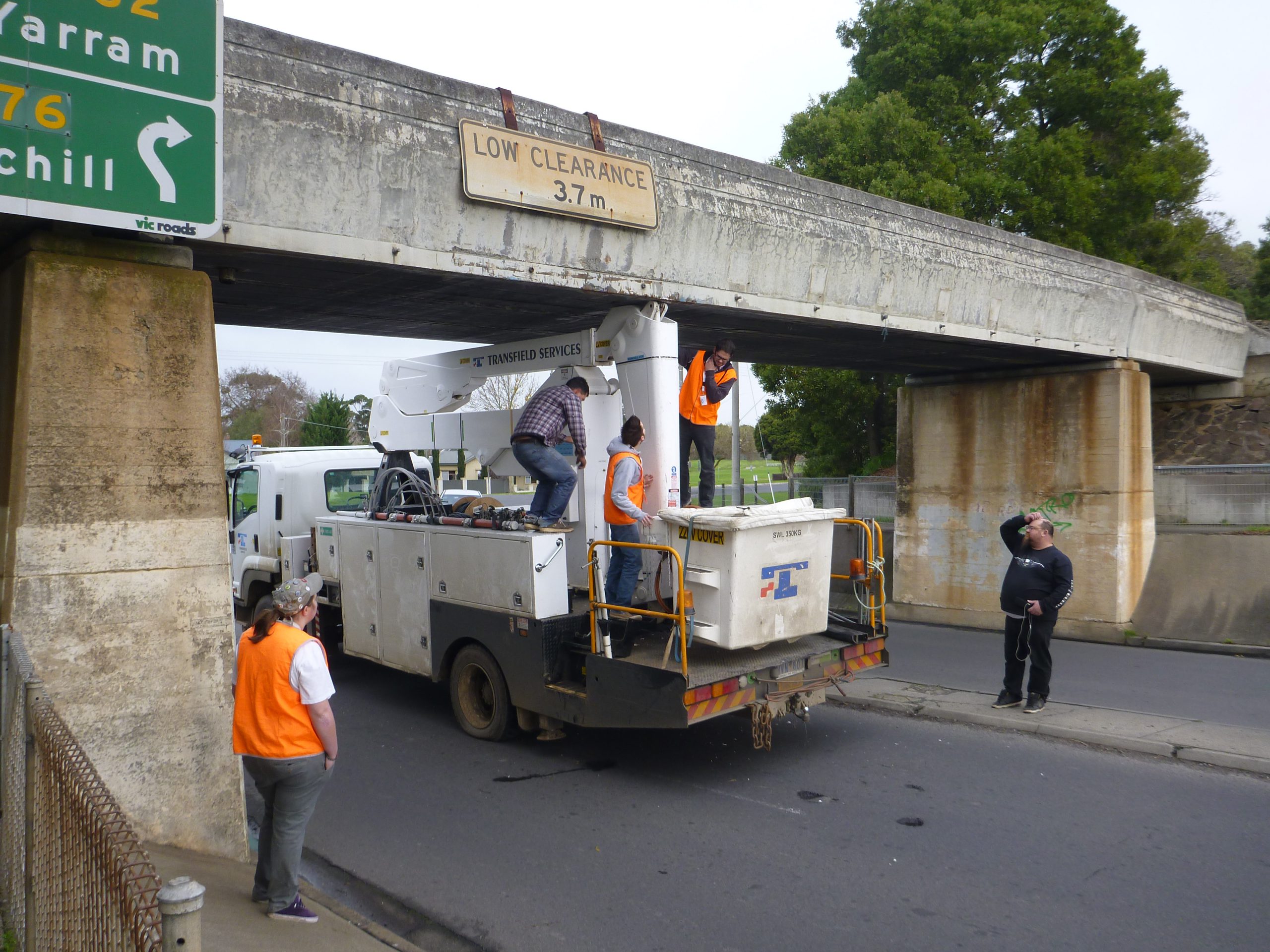 A Transfield truck with a mounted cherry picker was caught under the Breed Street rail bridge in Traralgon on Saturday morning.

The height specification on the truck was 4.1 metres, while the bridge height restriction was 3.7m.

Witness to the event, Peter Harrison, said the section of the road was subsequently closed and the bridge was to be inspected by V/Line.

Mr Harrison said the Leongatha driver had been completing work in the area.

Highway donation collectors were first on the scene and directed traffic away from the incident.

“All the kids doing the collection were really good because they stopped cars coming around the corner and told them they wouldn’t be able to get underneath,” Mr Harrison said.

As the truck collided with the bridge, a resident was walking underneath towards Bank Street.

“He said he got the fright of his life because it made a hell of a noise as you can expect,” Mr Harrison said.

Four police vehicles attended the scene and directed traffic away from the incident.

“They ended up letting the air out of the back tyres and backed it out,” Mr Harrison said.”