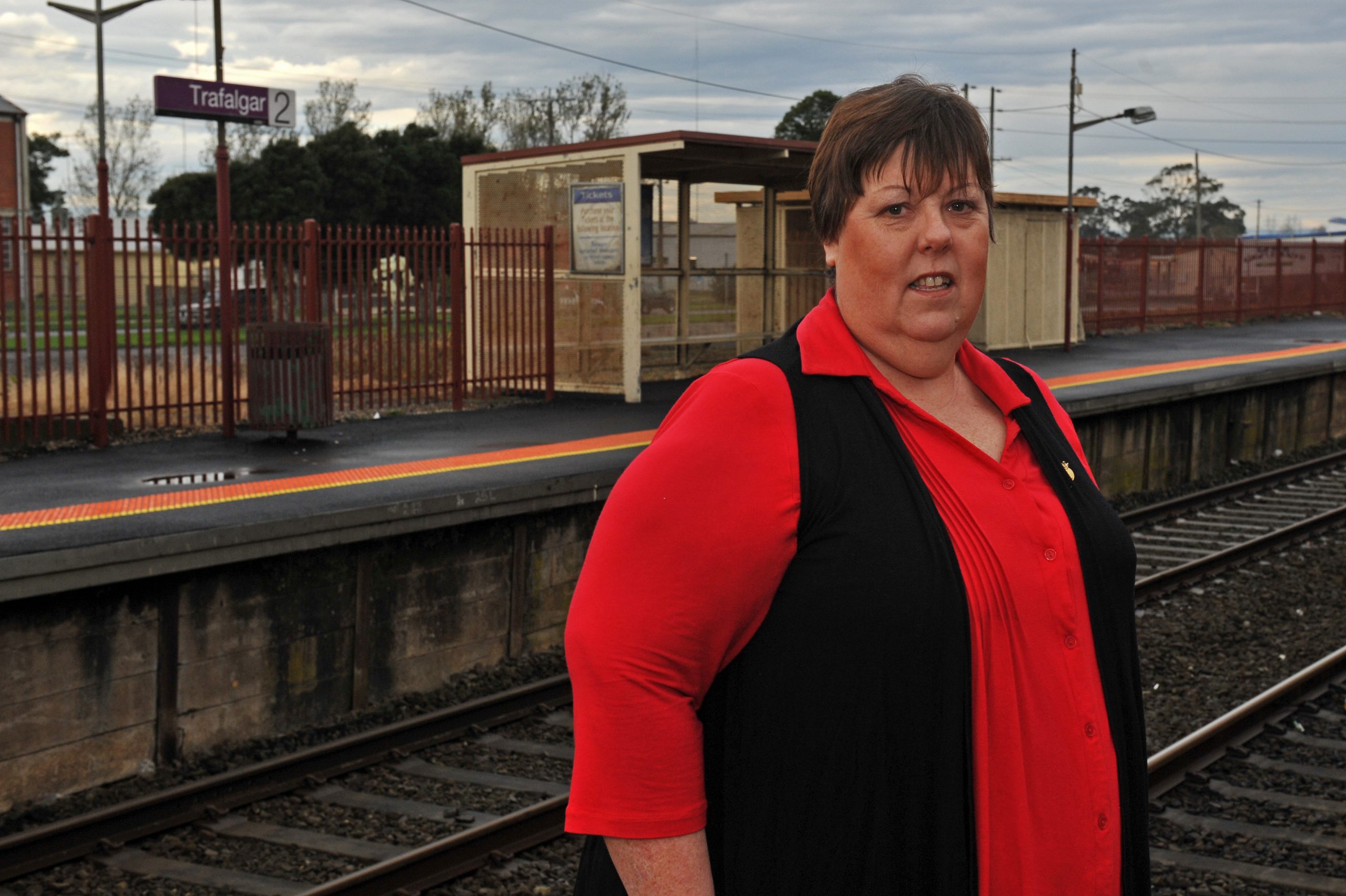 V/Line will review how it announces service changes at unmanned regional stations, after a Trafalgar woman was left stranded on her local train platform last week.

Tracey Chambers, 53, said she and a group of fellow travellers fell afoul of an unannounced track change on Tuesday, when their Traralgon-bound service unexpectedly arrived at the opposite platform.

Recovering from surgery and unable to drive, Ms Chambers said she had walked one kilometre to the station for a commute to Morwell to meet family who had travelled from interstate.

She said despite arriving to the station 15 minutes early, she heard no announcements of the platform change.

“We were in no way advised the train has changed; when the train pulled up it was on platform two, there was nothing we could do,” Ms Chambers said.

While Ms Chambers said one commuter jumped the tracks in front of the train, she said there was no time to run around to the other platform via level track crossings either side of the station.

“There’s no way I could physically make it around in time, nor could the little Italian lady I was talking to; there was no way you could do that in the matter of a minute.”

Adding insult to injury, Ms Chambers said it appeared the train driver, who was “clearly” aware of the predicament, was unsympathetic to the situation.

“The train driver just looked at us and laughed… there was no conductor or anything to hold the train for us. I was pretty angry about it all.”

While The Express receives occasional complaints from disgruntled V/Line commuters dissatisfied with a range of issues, Ms Chambers said Tuesday’s incident would have been avoidable if V/Line had alerted waiting passengers.

“It’s just not good enough; there needs to be more communication at unmanned stations; there’s no electronic boards at the station and there was no announcement at all,” she said.

Ms Chambers subsequently filed a formal complaint about the matter.

“While platform changes can occur from time-to-time, V/Line does its best to make announcements, particularly at un-staffed stations,” Ms Steele said.

“While we can make announcements at un-staffed stations remotely, it appears this was oversight in this instance.

“We’d like to apologise to Ms Chambers for the last minute platform change … we are happy to offer Ms Chambers compensation and reimburse her for her fare.”