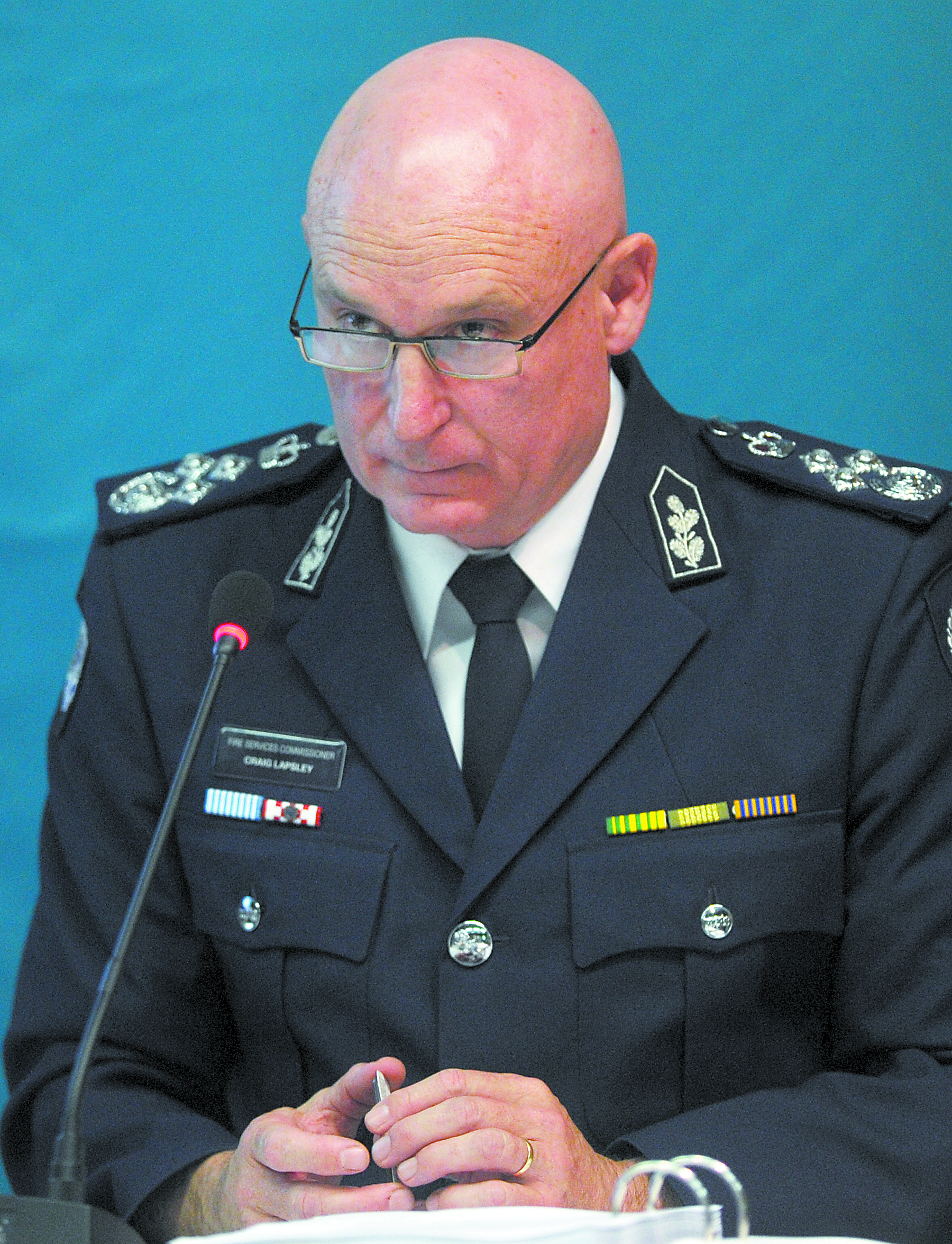 A hotspot detection program in the Hazelwood coal mine will escalate, after it emerged there had been no thermal technology monitoring prior to last week’s surprise winter fire, according to Fire Services Commissioner Craig Lapsley.

In a post-incident assessment of Thursday’s blaze, in which a 50-metre fire flared up from a hotspot on the eastern batters, Mr Lapsley said he was at first “alarmed” and “concerned” by the incident.

“It’s fair to say we are all sensitive about fires in the mine, in particular at Hazelwood for a number of reasons,” Mr Lapsley said.

“The community do not need smoke over (them) at all. (Such an incident) erodes the confidence in the (mine) company and the CFA, and we have got to show we have appropriate detection systems in place.”

While the fire spread in winds which peaked at 127 kilometres per hour, the blaze was contained by CFA and onsite crews by about 4pm, and fully extinguished about 6pm.

Mr Lapsley said he subsequently ordered an immediate report from the CFA as to how heat sources and other potential ignition points were being monitored on site.

“I asked them to come back to me with what CFA and (Hazelwood mine owner operator) GDF Suez are doing. If Suez get it wrong, CFA is the first responder… but my understanding is the working relationship down there is still good.”

Mr Lapsley said thermal detection equipment had not been used prior to Thursday’s fire, with monitoring largely conducted through visual observations by mine workers.

“Mines have got the responsibility to make sure they use further technology other than visual observation, whether they have had fire in the place or not,” Mr Lapsley said.

“That’s the nature of the coal. We can’t let a fire start in there and take any stronghold at all.”

He said thermal monitoring inspections would now take place ahead of an increased inspection program in the months of September, October and November.

“The 2006 fire actually was in October. It doesn’t mean this has to be a January or February issue, from that we need to be mindful.

“The other day, although it wasn’t ideal, might be a timely reminder of that.”

Last week the local CFA said GDF SUEZ had done everything it possibly could to ensure mine safety in horrendous conditions.

It is unclear whether Thursday’s hotspot had originated from February’s mine fire.