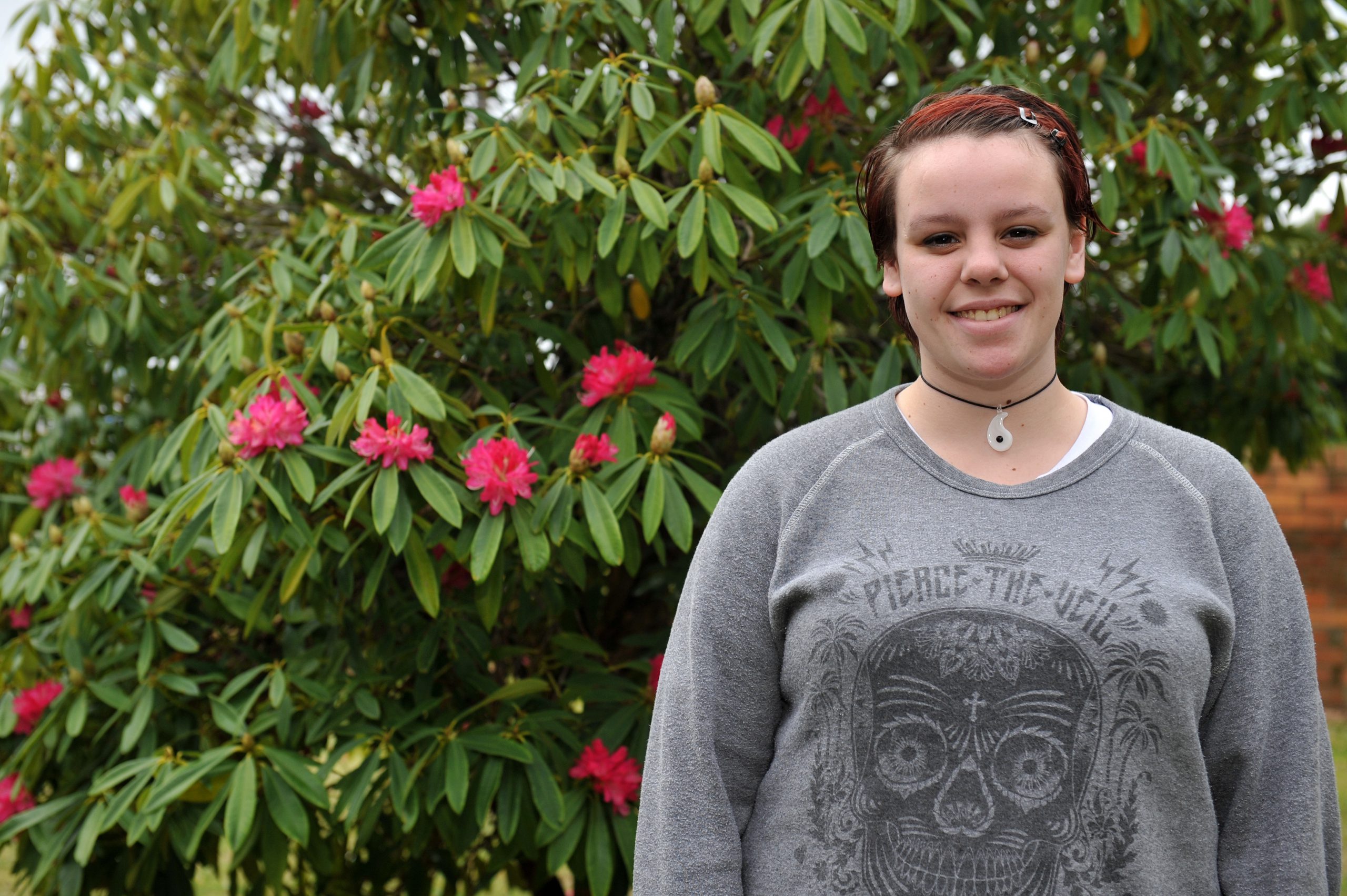 After dealing with a life-changing trauma, which resulted in an acquired brain injury, a Mirboo North teenager is now looking to help spread awareness about the disability.

Taylor Connolly was hit by a car while crossing a road in Korumburra when she was eight years old and has since experienced emotional, mental processing and concentration problems and is constantly fatigued.

Now 19, during Brain Injury Awareness Week, Ms Connolly hopes to spread the word about interacting with people who suffer from the condition after dealing with bullying, ostracism and a feeling of misunderstanding at school.

“There were a lot of social barriers that I had to get past just because I went from being this kid who was quiet and did their schoolwork really well and was really intelligent, to a person who was loud, obnoxious, a bit out there and really impulsive,” Ms Connolly said.

“The other kids got better over time, but when I first got back to school no-one wanted a bar of me and the school work part of it as well was really difficult.”

“Even then it was a struggle, I had to have an integration aid everyday in the classroom, so it was pretty full on,” she said.

Ms Connolly told The Express while her journey had been difficult, a better awareness and understanding of the broad condition could help those currently suffering.

“Kids didn’t understand that part of my head might have been damaged but I’m not a doofus, I’m still intelligent but I just don’t know how to use that information properly,” she said.

“There was no-one there to say ‘part of Taylor’s brain has been hurt, this is what’s happening and she’s going to act differently’.

“There should be a lot more happening to help people understand what’s going on.”

Ms Connolly encouraged community members to approach people with acquired brain injuries just like they would anybody else.

“We’re all human, we’re not anything less than anybody else,” she said.

“It’s not like you have to approach us with cotton wool or anything, we’re people.”

Working towards a Certificate III in Children’s Services for the second time, Ms Connolly said she was now more prepared and confident to study.

“I just thought I would try it again and see what happens and I’ve got further this time with a different set up,” she said.

Attributing her family’s resilience to the YMCA Heads Together camps run each year for children and families with acquired brain injuries, Ms Connolly said the organisation, in which she volunteers, was in need of funds and support.

Maurice and Blackburn principal Gino Andrieri said his organisation was supporting awareness and fundraising campaign Bang on a Beanie for acquired brain injuries as the law firm often dealt with brain injury cases.

“Brain injuries are generally referred to as an invisible injury because it’s very difficult for other people to understand why the person is acting so differently,” Mr Andrieri said.

“It’s trying to make an invisible injury more visible and we would urge the Gippsland community to get behind brain injury awareness week.”

For more information or to donate to the Bang on a Beanie campaign, visit