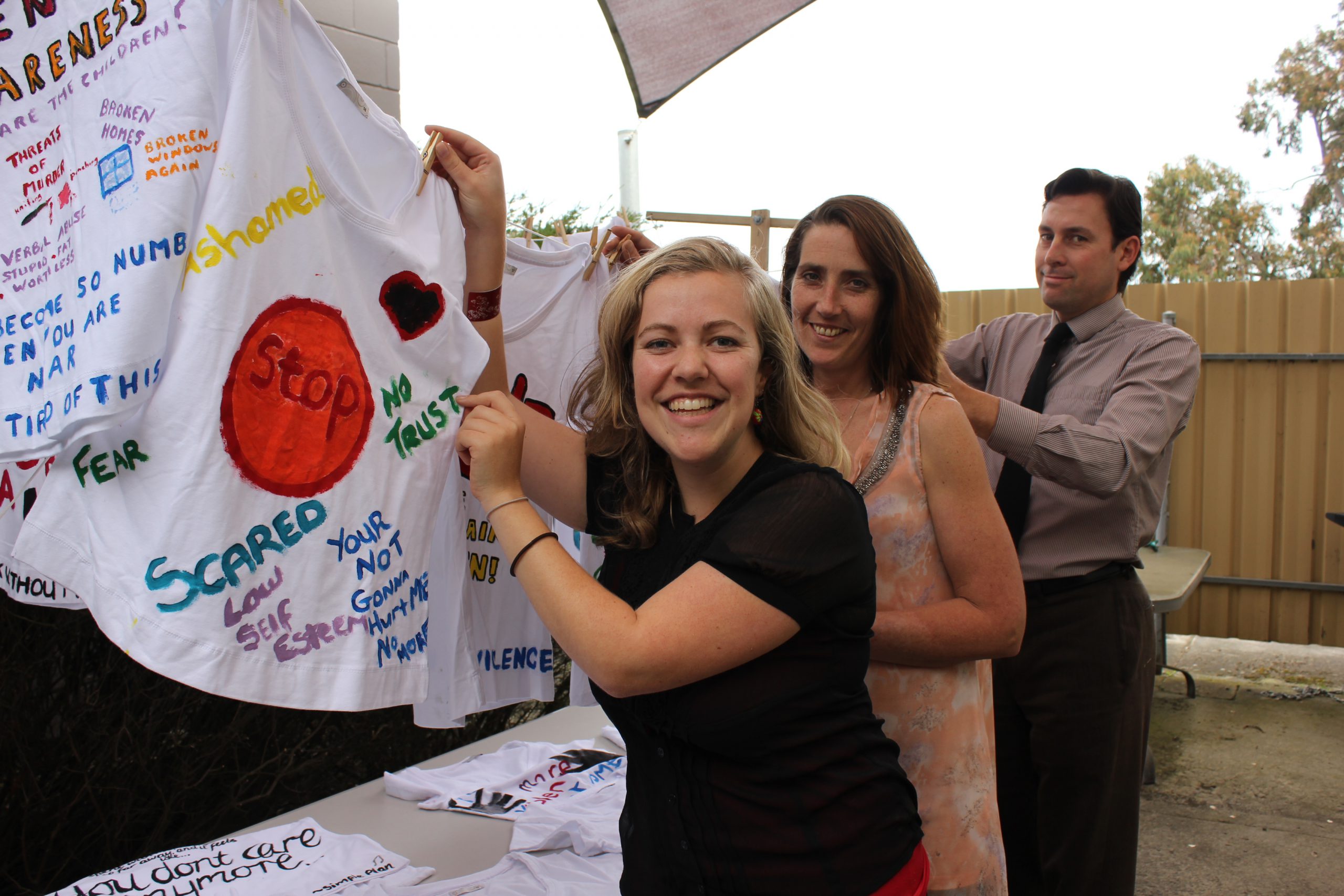 NOT many would advise airing your dirty laundry, but the ‘Clothesline Project’, which sees family violence victims decorate T-shirts with impassioned pleas, does just that.

The action of hanging it on a clothesline – once considered women’s work in the days of close-knit neighbourhoods where women exchanged information over backyard fences – is also a vehicle for raising awareness about the issue.

“Painting the T-shirts is therapeutic for the women. It’s part of the healing process and gives them a voice,” GCLS community development worker Sarah Smetherst said.

“Then by taking the T-shirts out into the community, we’re sharing those messages, so we’re trying to show the community that this is huge problem, but there are also very practical things that people can do to stop it.”

The beginning of a dedicated Family Violence Unit at Latrobe Valley Police in 2012, and the 2011-2012 Australian Bureau Statistics Data indicating the region as an area among the highest in family violence reports per capita, are some examples.

“I’m not sure why the Latrobe Valley has it more than others, I think there’s a lot of reasons, but you have to be careful about stereotyping. It’s a lower socio-economic area, but I don’t know if that’s the cause,” Ms Smethurst said.

“It’s not a fact that poor people experience it more than rich people; it really comes back to the way that our society is set up and whether there is appropriate support.”

Comments like a “woman belongs in the kitchen” may seem harmless to many, but Ms Smethurst believes it feeds a culture of family violence.

“There is a lot of evidence that violence against women stems from a basic problem of sexist attitudes and gender stereotypes,” Ms Smethurst said.

“If people accept sexist attitudes and expect that you can make fun of women, or say that women are less than men in daily situations, they are much more likely to accept violence is okay.”

The Clothesline Project will be launched at MidValley Shopping Centre today until Friday.