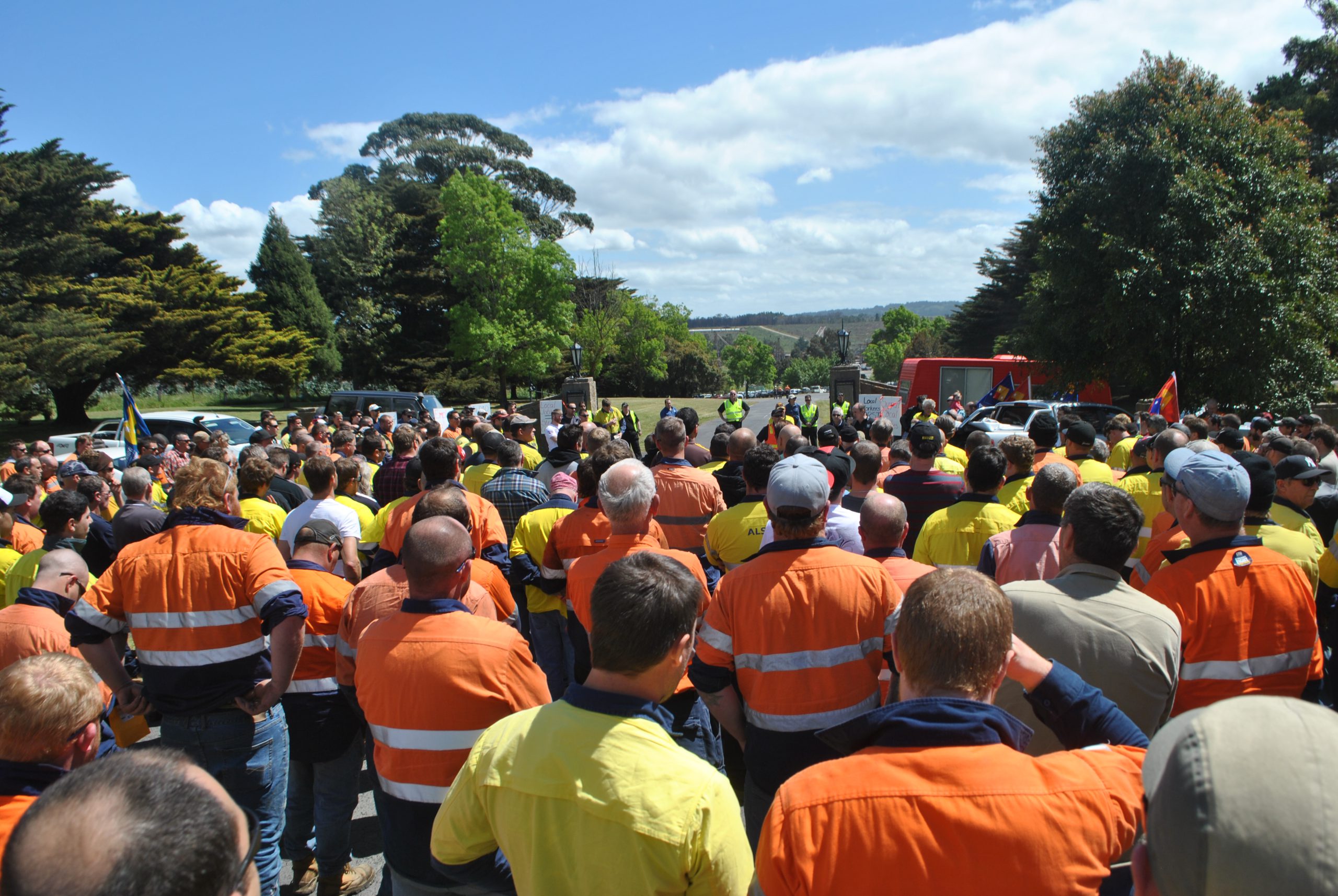 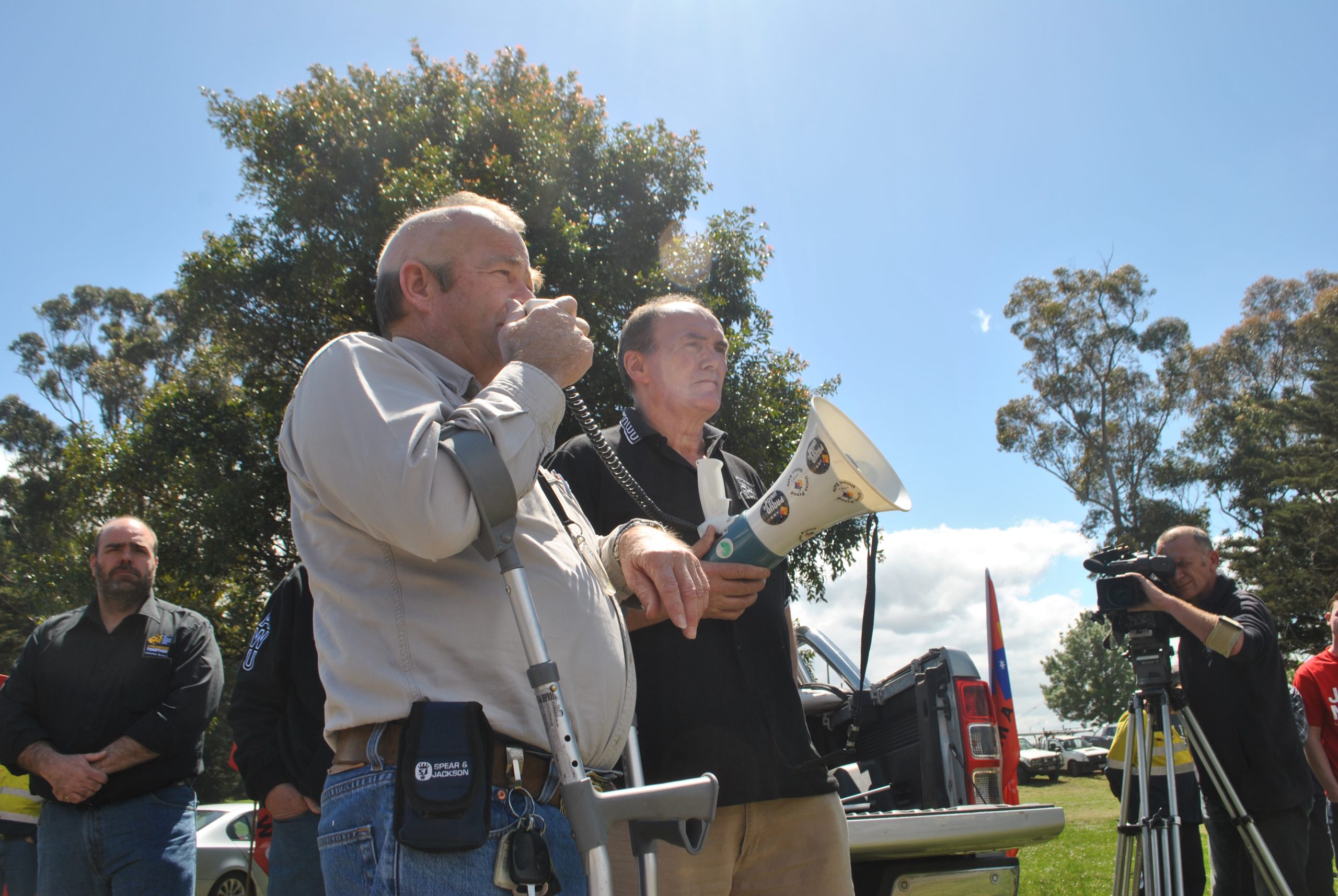 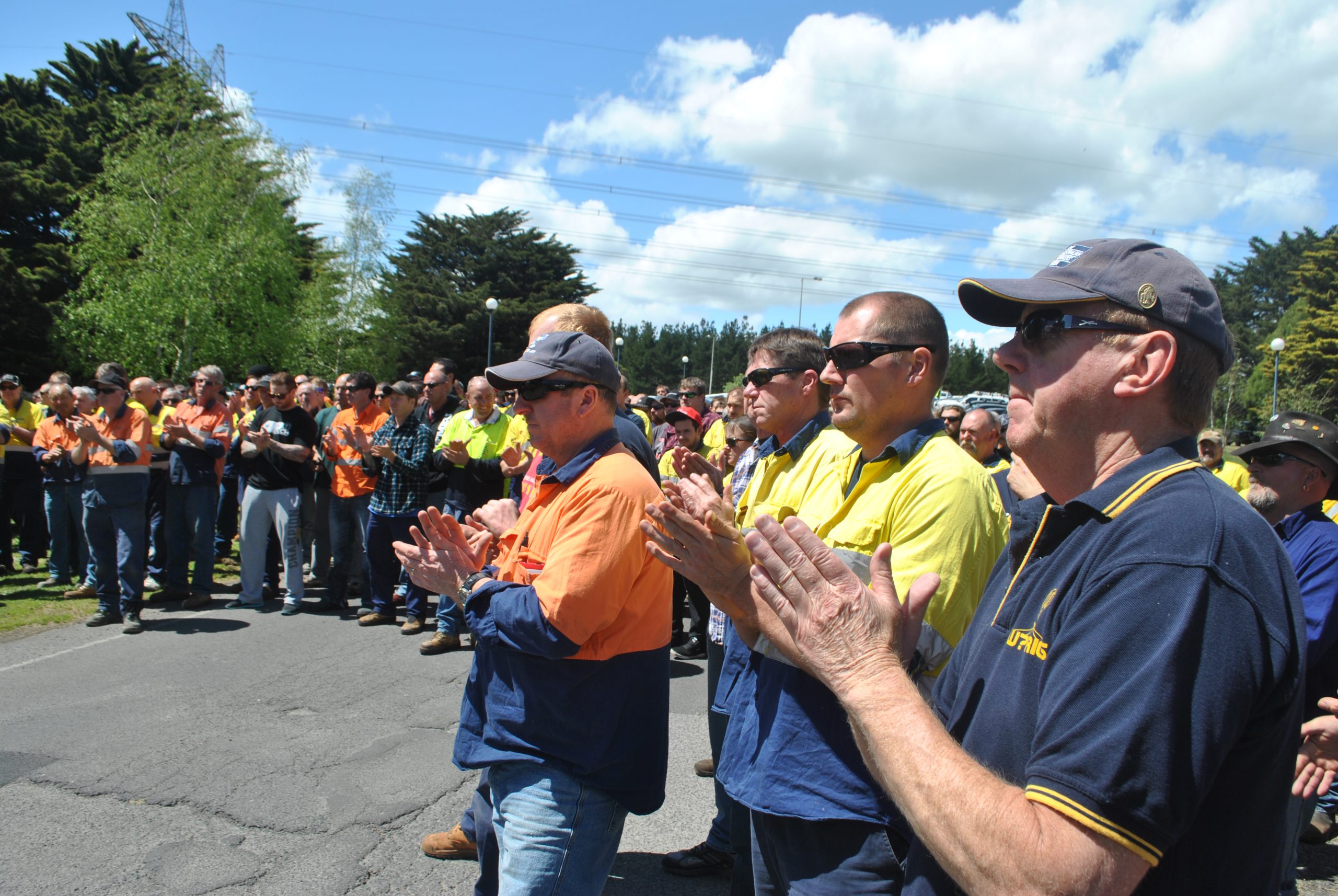 ABOUT 200 unionists and supporters have rallied outside the gates of Australian Paper’s Maryvale mill, outraged by the company’s move to employ New Zealand contractors over skilled Latrobe Valley tradespeople.

The company has hired 33 New Zealand-based contractors from Hutec Engineering and PFS Engineering to carry out work during a two-week maintenance shut from 13 October.

On Friday, Australian Workers Manufacturing Union organiser Steve Dodd said the rally was about sending a message to Australian Paper and to let people know the union was willing to fight for jobs in the region.

“It’s absolutely outrageous that they’re bringing people from overseas when we’ve got a high ratio of unemployed in this region. It’s an absolute joke,” Mr Dodd said.

“We want to support Australian Paper, and we understand that it’s a manufacturing plant that sells Australian products and Reflex paper, but I think it’s an insult to ask us to buy Reflex paper and then say, ‘No, you can’t get a job here’.”

Mr Dodd said the only reason for hiring the New Zealand contractors was “what they’re paying them” and undermined local enterprise agreements.

“No, it can’t be cost effective (to employ local people), because I understand the quality of tradesmen here and I know the work they do. Our boys are highly skilled, that’s not what we’re saying.

Mr Nelson said the mill ran two major shuts per year, one in February and one in October, to bring down parts of the plant as quickly as possible at the lowest cost.

He said 130 contractors had been employed to carry out the work and only 33 of those were New Zealand workers from a specialist engineering company with skills that were not available in the Valley.

When asked how he could know this without putting the project to tender to local contractors, he said the company had their “fingers on the pulse of the Valley”.

“It’s a nice image that we’ve brought New Zealand workers when they’re on site for a total of six days,” Mr Nelson said.

However, AWU Victorian branch secretary Ben Davis said there was no need to import labour for this project and rejected the claim specialist skills were required for the project.

“Those that have worked on these projects before are adamant that these skills exist in the Latrobe Valley,” Mr Davis said.

An APM worker, who asked not to be named, said he had come to the rally to show his support.

“It’s not good, they shouldn’t be doing it. There are plenty of people here that can do the job,” he said.

“Once they start this it will be a snowball effect and keep going.”

This view was shared by Hazelwood Power Station worker, Adrian Lekay, who attended the rally, concerned for his own job.

“If they start doing this here so close to home, what’s stopping them from doing it in our own workplace?” Mr Lekay said.

“This just can’t be an option for balancing their budget.”