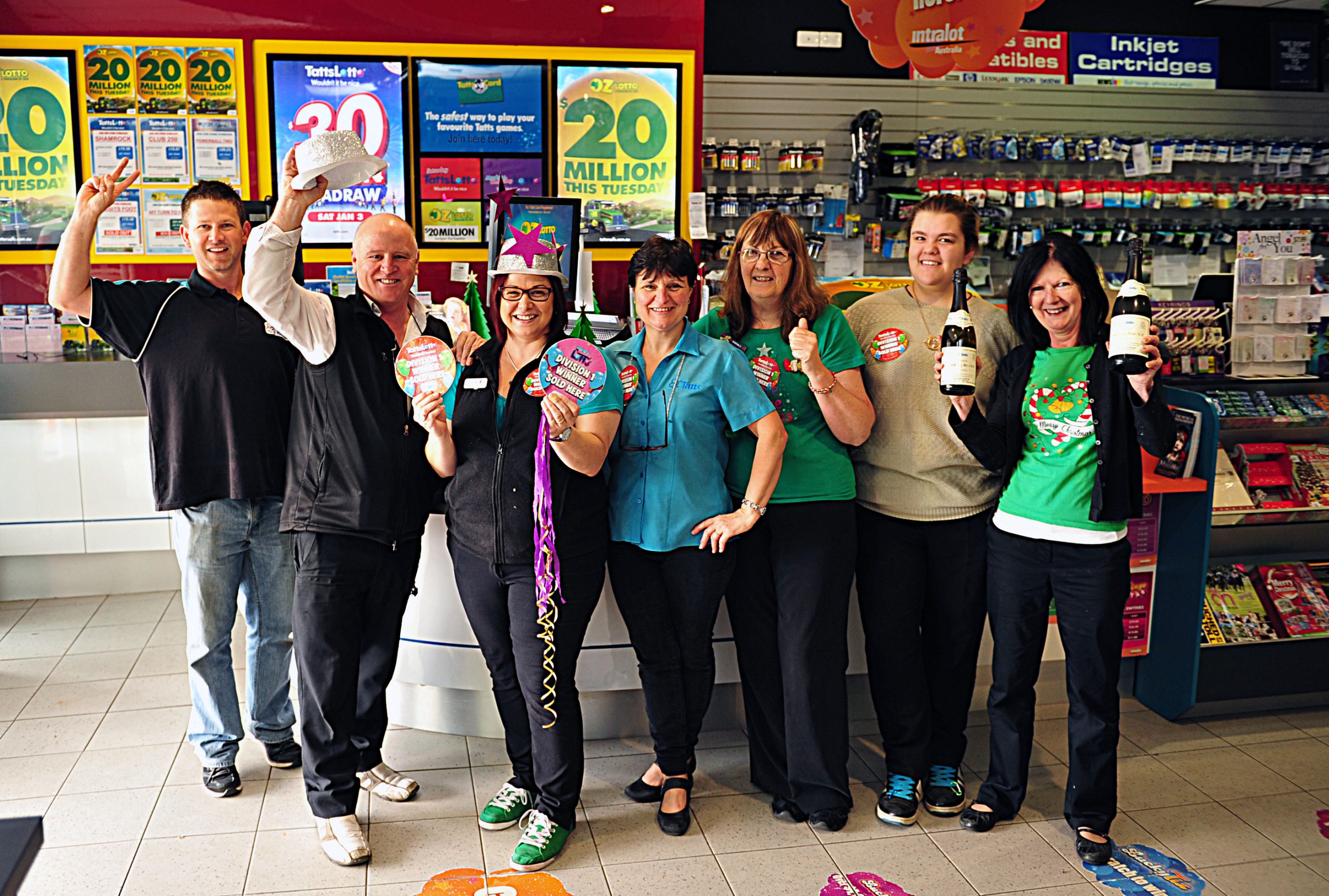 There’s been two million reasons to celebrate at Morwell’s Commercial Road newsagency, where staff are starting to believe a little superstition can go a long way.

Over the past six weeks, the business has been the seller of two separate million dollar TattsLotto prizes to lucky Morwell residents, in a streak which has owner Ray Burgess beside himself.

“We are sort of a bit flabbergasted by it all. We haven’t had a winning ticket in the two-and-a-half years that we’ve owned TattsLotto (franchise), and there was nothing substantial sold in the three years before that,” Mr Burgess said.

However the lucky streak was almost over before it began, when in early November a Morwell man almost lost his $1 million winning ticket purchased at the newsagency after absentmindedly throwing it away in the trash.

Less than five weeks later, a second Morwell man in his 40s discovered he had won a first division prize of $1,051,341.30, sold at the Commercial Road outlet in the last fortnight.

“The wins have certainly got our customers talking, and it gives people some renewed hope I guess. One customer said it was about time Morwell received some good luck after everything that’s happened here,” Mr Burgess said.

While both winners have wished to remain anonymous, last week’s winner said he was hoping to find a “special lady” to take on a holiday after the “life changing” experience.

Meanwhile, Mr Burgess said the initial winner still came into the newsagency to buy his regular Tatts tickets, despite his million dollar win.

“He’s taken it pretty much in his stride. He still enjoys his bet on Tattslotto and sees it as a good habit now,” Mr Burgess said.

With the two million dollar wins bookending a week in which the outlet sold two $10,000 wins mid-November, Mr Burgess said he had been dwelling on the sudden turn of fortune.

“Is it karma? I don’t know. But after two-and-half years owning this outlet, I’ve said to people that I now know the secret to winning – you’ve got to be lucky.”