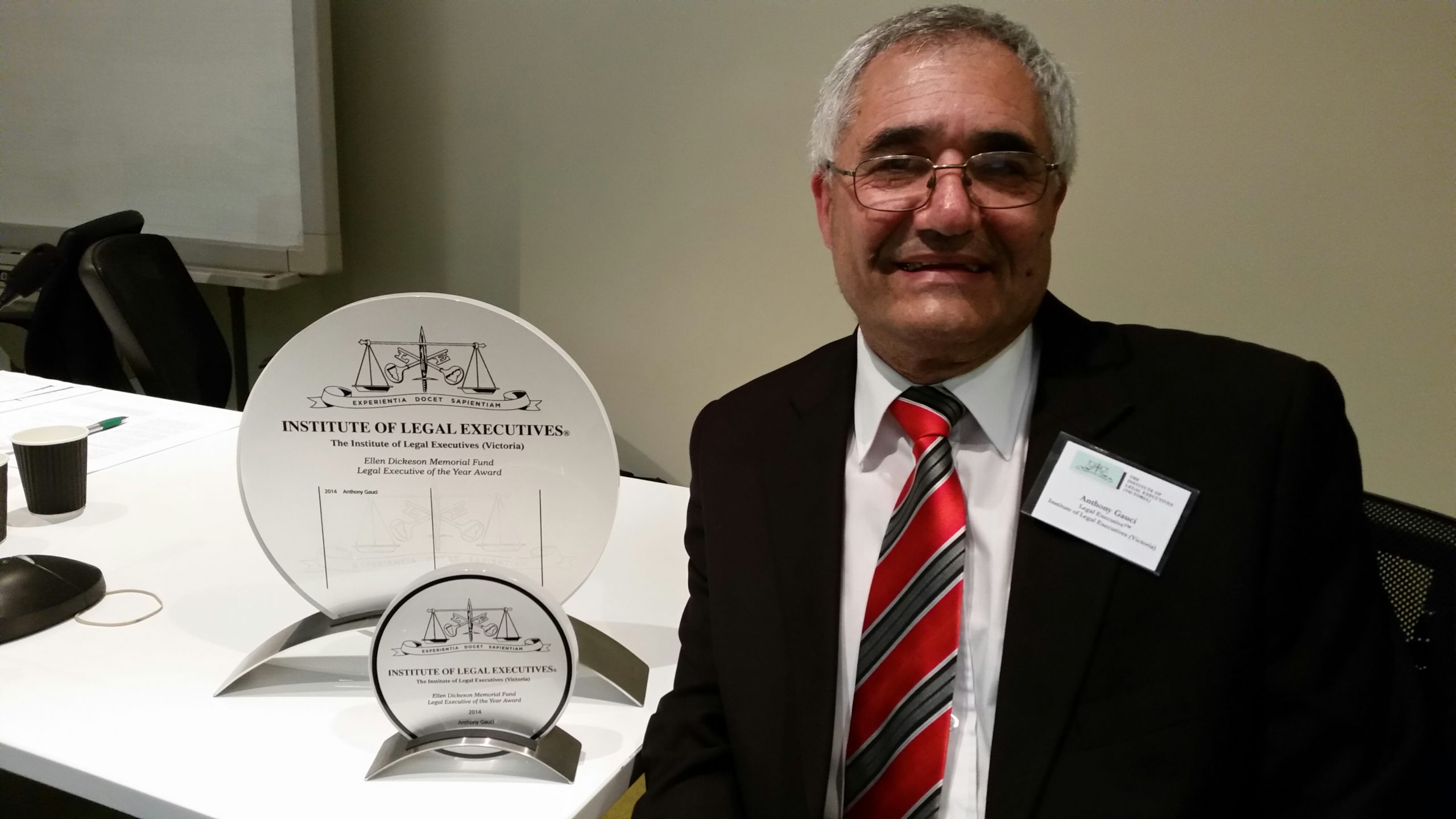 A Latrobe Valley born and bred legal executive has been recognised as a standout in his profession, taking out the inaugural ‘Legal Executive of the Year’ award.

Anthony Gauci, who works at Wakefield and Vogrig Lawyers in Warragul, said he was thrilled to receive the award, after being nominated by his colleagues.

Fellow workers and former clients submitted endorsements to Mr Gauci’s nomination, leading the lifetime Valley resident to conclude they “obviously put in some nice words” about him.

Mr Gauci suggested his availability to clients and dedication to meeting their needs could have been why he received the award.

“I always want to provide excellent service to clientele,” the 62 year-old said.

“I do make a habit of doing that, to make sure everything is right and clients can always contact me with any questions or queries.”

Mr Gauci specialises in conveyancing and property sales and has worked with many developers, vendors and real estate agents during his 45-year career.

Among his achievements, Mr Gauci played a role in the development of the industrial estate in Delatore Road in Moe, as well as the site of the former Moe high school on Lloyd Street.

The father-of-five said a career as a legal executive was “challenging”, but rewarding and gave him an opportunity to share his client’s joy when he won them a favourable outcome.

“It’s a snapshot of life in a lot of respects. You see the highs and lows and a lot of emotions in a legal office,” he said.

Mr Gauci praised his past and present employers; especially the late Frank O’Halloran, who hired him in 1970 to join the firm O’Halloran Davis.

The then 17 year-old worked his way up in the organisation until he moved to his current firm in Warragul in 1988 and continued progressing there.

Mr Gauci received a perpetual trophy as part of the award, which was handed down by the Institute of Legal Executives earlier this month.