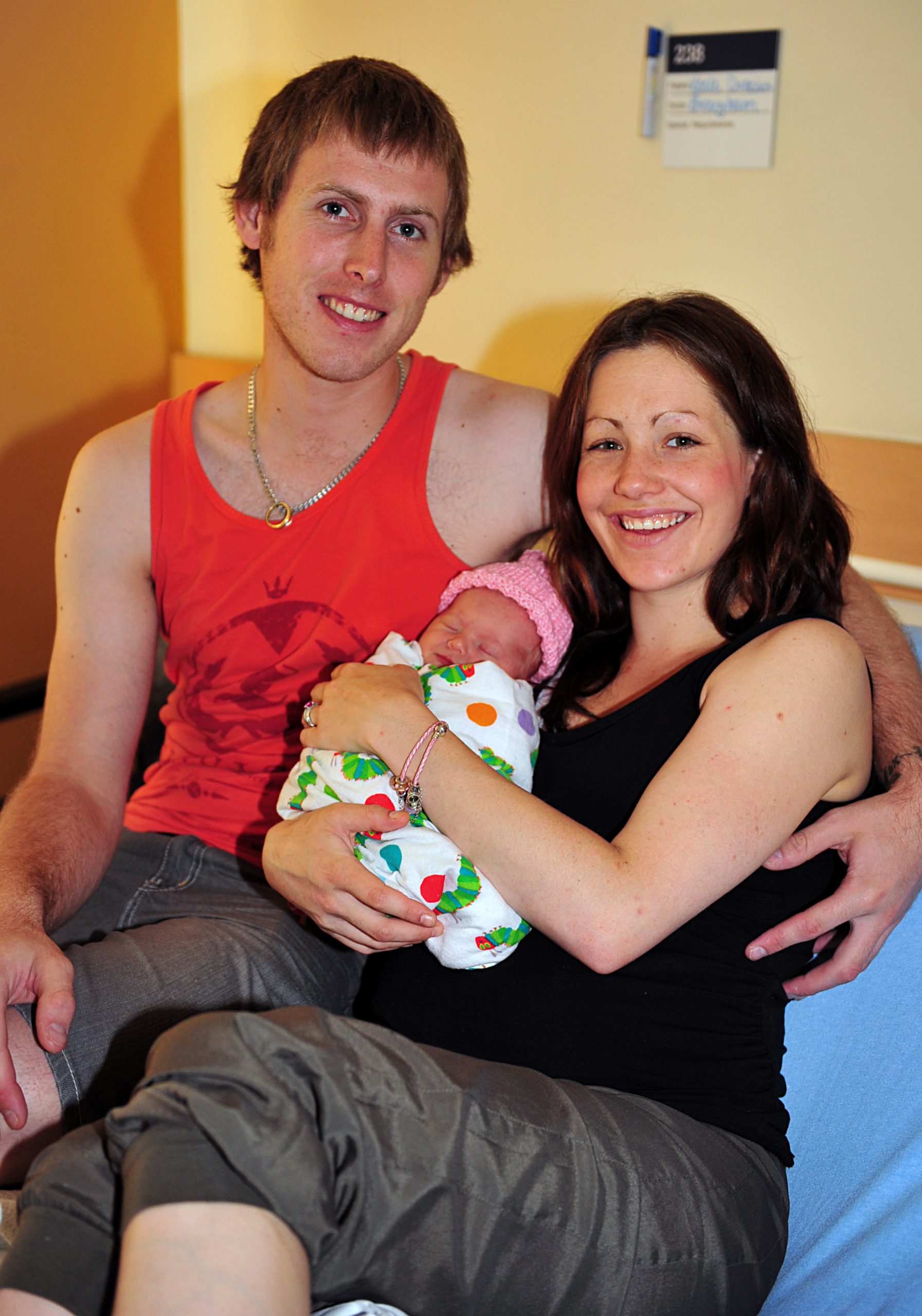 “She clearly wanted to make an entrance,” Morwell resident Kacie Fox said after giving birth to her daughter, Olivia Tracy Fox, born at 5.13am on 1 January.

The 2.93kg bub may have skipped the history books after Ms Fox went into labour the day prior – back in 2014.

“I woke up on New Year’s Eve and my contractions were four minutes apart, it stopped at lunch time and at 9pm I woke up and my water broke,” Ms Fox said.

Despite the “painful” wait, she felt lucky to have her sister, Alysha Duncan, a student midwife perform the delivery, as well as her partner Dion by her side.

“Even when I was telling her, ‘I wasn’t doing it anymore’, she got me through. She was about the only one I was listening to properly,” she said with a laugh.

When asked, what they thought it would be like celebrating birthdays on New Year’s Eve, the couple were happy that “at least there would (always) be celebration”.