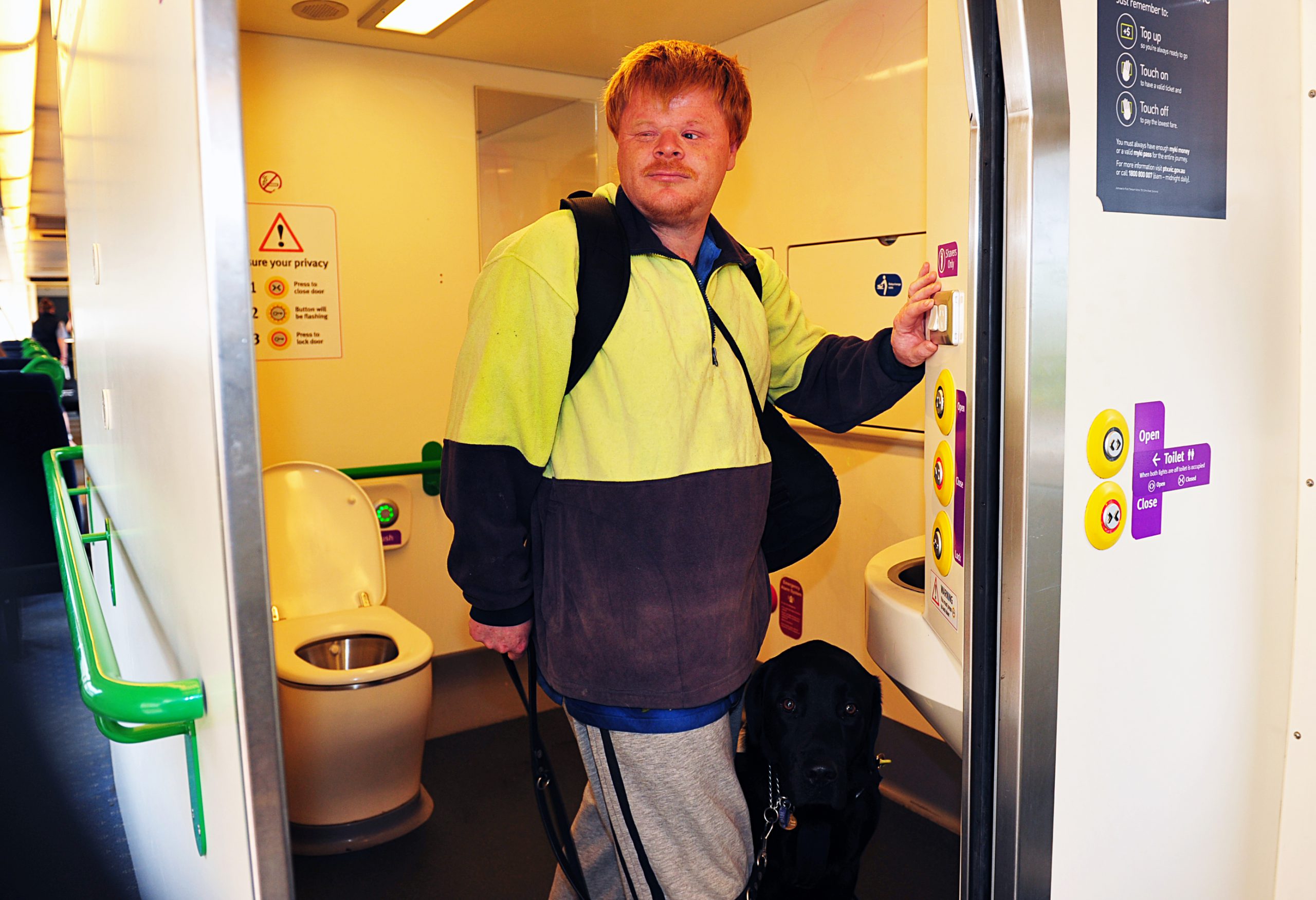 V/Line has answered calls to upgrade its trains toilets to avoid embarrassing problems for users with a visual impairment.

Legally blind Traralgon resident Phillip Chalker said there was no way of telling when the toilet doors on a V/Line train were locked, leading to users being walked in on.

“They have three buttons with lights on them, but this is not an accessible method because a person who is blind or vision impaired cannot tell if the door is locked or not,” Mr Chalker said.

Mr Chalker likened the situation to pedestrian traffic light crossings, where the green or red signs were accompanied by ticking when safe to cross and suggested a recording could say when the doors were locked or not.

A V/Line spokesperson said the organisation was aware of these concerns and was about to embark on a trial, which would test an audible locking system on VLocity trains.

“The system will be set up to provide audible information to customers using the toilet, through a speaker in the bathroom cabin,” a spokesperson said.

“Our fleet engineers are currently fine-tuning a prototype and once finalised, we’ll start testing the audible locking system on the network.”

The spokesperson said V/Line would monitor the trial for several months, taking on board customer feedback, before rolling out the system on VLocity units.

“These projects take time to implement, but our accessibility team will continue to keep customers updated on the progress,” the spokesperson said.