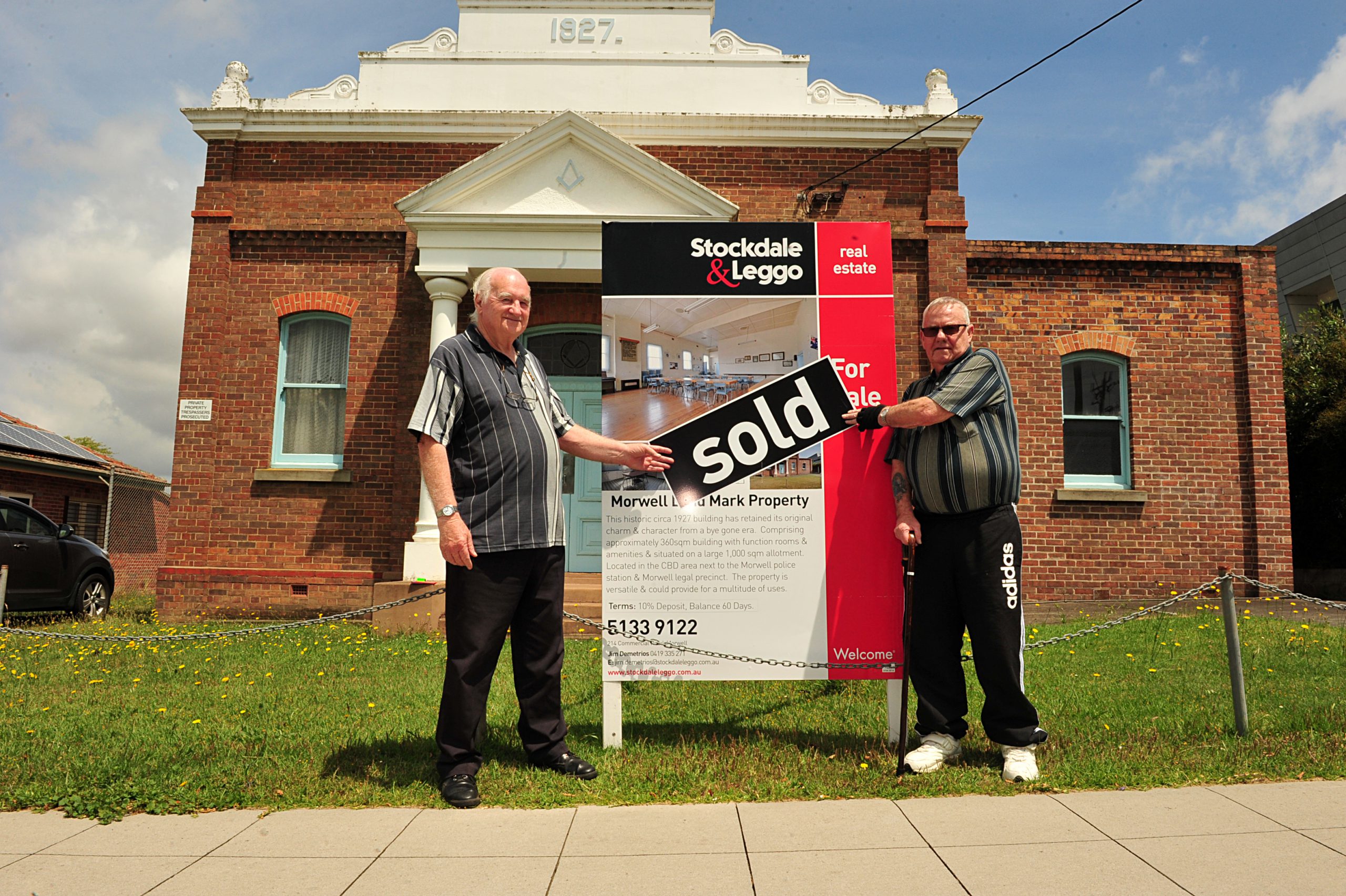 The Morwell Historical Society will make one of the few remaining historic buildings in town its new home after purchasing the former Masonic Lodge on Hazelwood Road.

Society president Bruce McMaster said he looked forward to having a permanent place to store documents, after renting their current Buckley Street site for about eight years.

Mr McMaster said the Masonic Lodge was chosen for “a number of reasons”, one being the historic value of the site.

“It is one of the few historic buildings left in Morwell and is covered by a heritage overlay by the Latrobe City Council and therefore the front of the building may not be altered,” Mr McMaster said.

“Another (reason) is when you’re storing records you want a secure place to store them.”

Mr McMaster said the “iconic” Masonic Lodge was built in 1927 with a small addition in 1956 and he wanted to ensure others could enjoy it as well as the society.

“We hope that the front section of the building could be used by the community as a meeting room and for public displays,” he said.

The history buff said the building’s rear section would house the large collection of historical documents and information held by the society on behalf of the community and the Public Records Office Victoria.

Latrobe City Council helped with the purchase and will provide $12,000 per annum for repayments on the lodge and not charge the society rates for five years.

Mr McMaster said he was grateful for council’s ongoing support and its willingness to increase annual funding, allowing the club to move to a permanent home.

He said the society would need to apply for additional funding for renovations because, as the former home of a men’s-only club, it did not have female toilets.