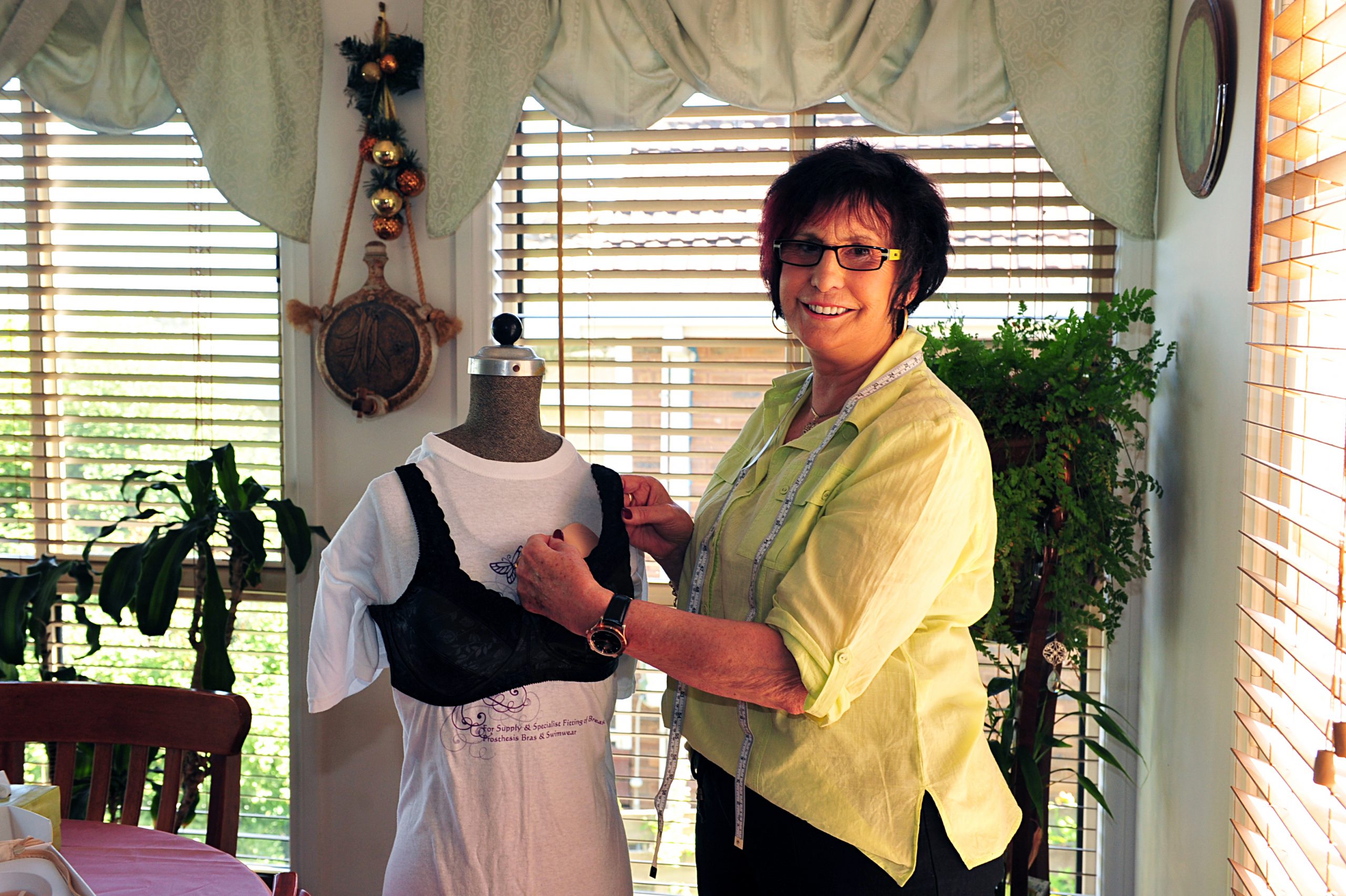 Helping women overcome the incredibly personal hurdles associated with breast cancer has become a “way of life” for Merle Hicks.

A former lingerie shop owner in Morwell, Merle began getting fitting requests from friends with breast cancer, who didn’t want to travel to Melbourne for a consultation.

It quickly became clear there was a need for a fitting service in Gippsland.

“I was in contact with a lot of customers in the shop that were wearing birdseed in a bag at that stage because they didn’t know you could get part (government) funding towards a prosthesis,” Merle said.

She set about getting formal training with a prosthetics company and began offering the service through her business.

About 13 years ago Merle decided to leave the boutique and run a mobile service for women with breast cancer.

Now, she helps more than 400 women across Gippsland and beyond.

“It’s easier and more personal if I go to their house,” Merle said.

“When I had the shop, they didn’t get the privacy that they deserved. It’s a private, personal thing.”

In order to find the perfect fit, Merle provides temporary prostheses for women to try out.

“You try quite a few different ones, because the weight’s important,” she said.

“As (the clients) get older they don’t need the heavy weight. You go by their age, what suits them.

“There’s also the stick-on ones that are good for the younger women.”

Merle said the prostheses had improved significantly over the years.

As part of her work, Merle has formed close bonds with breast cancer support groups, donating goods to help them fundraise.

She also helped establish a support group in Foster.

Grief can often come with the territory for Merle, whose relationship with her clients lasts over many years.

“I hate losing people,” she said.

“There’s plenty of times I’ve cried all the way home. You can’t help that.”

But Merle describes her job as a “way of life” and she draws great joy from seeing women regain their confidence.

“I had a girl that just had a breakdown. She’d been back in hospital after having her breast off. She couldn’t cope. She came here,” Merle said.

“We sat and talked and then we had a look.

“She rang me after she had been gone for about an hour and she said, ‘guess where I’ve been? To Coles’.

“I’ve had people walk down the street and look at themselves in the window and they just get really happy. That gives you a buzz.”