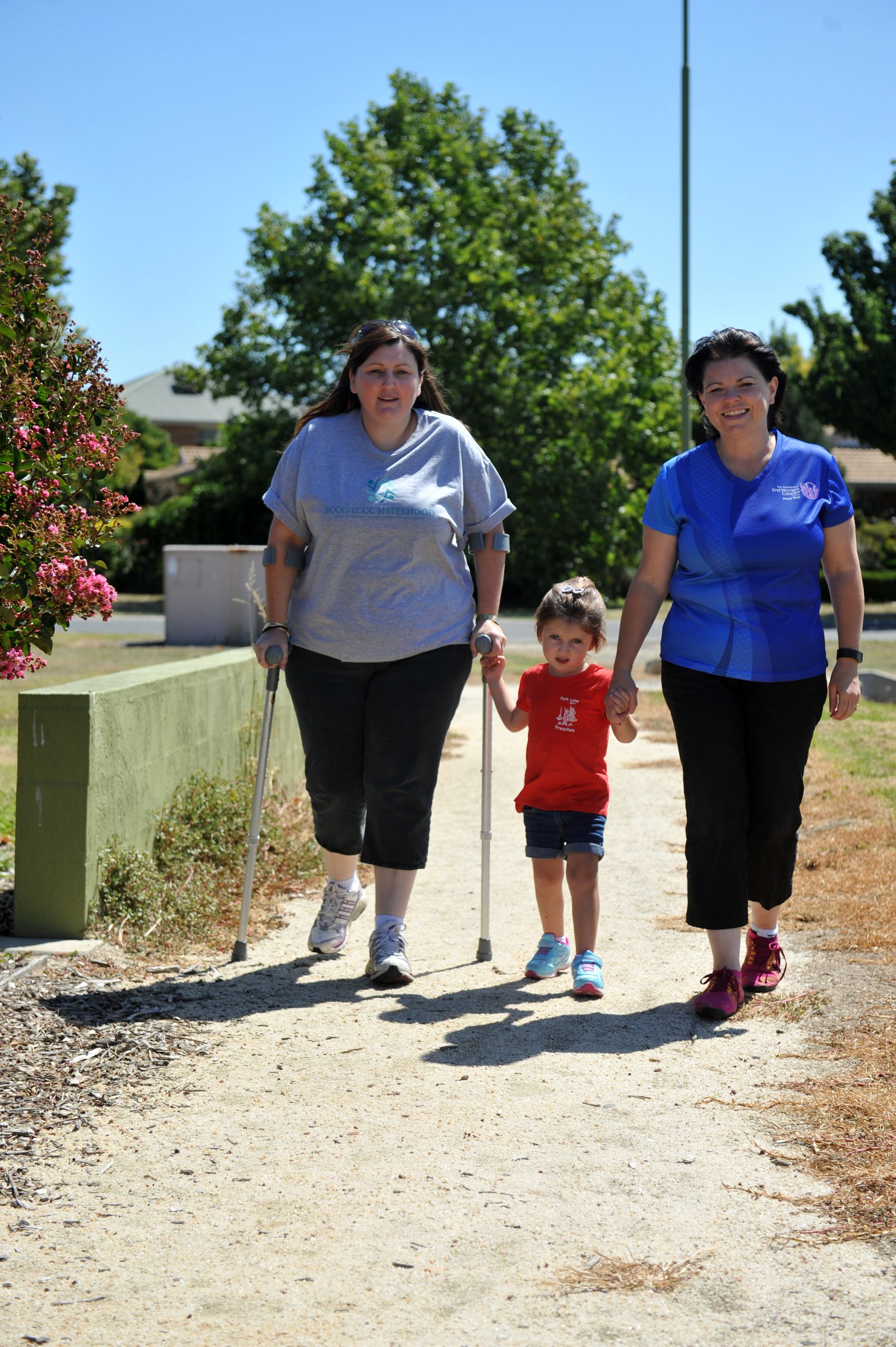 With a crutch currently in hand to help her walk, a Traralgon mother is determined to step out 60 kilometres unaided to raise money for those who assisted her.

Melinda Monaghan is recovering from small cell neuroendocrine carcinoma of the cervix and as a rare side-effect of her treatment, has undergone two hip replacements.

Aiming to take part in the Weekend to End Women’s Cancers, Ms Monaghan and her friend Melanie Williams are trying to raise as much money as they can for the Peter MacCallum Cancer Centre.

The next step in reaching their $4000 goal is hosting a trivia night open to the community.

Ms Williams said until they had reached their goal they would hold garage sales, sausage sizzles and other fundraising activities.

“We’re just doing anything we can because we found it really hard to raise money because there’s so many other needs and causes going on and people do get charitable fatigue,” Ms Williams said.

“Everyone at some point knows someone who’s needed Peter MacCallum Cancer Centre, they’re world leaders in their research, they’ve found cures for all sorts of cancers.”

Ms Williams said while it would be a challenge for them, it was Ms Monaghan’s motivation which drove her.

“It’s going to be a challenge for both of us, but I’m not thinking about myself so much as that when Mel asked me, she was in a wheelchair and waiting for her hip replacement,” Ms Williams said.

The trivia night with auctions and prizes will be held in the St Paul’s Anglican Grammar School gymnasium in Traralgon on Saturday, 21 February from 6.30pm. Cost is $20 per person or $160 for a table of eight.

Bar service, raffles and games will be on offer and the ticket price includes hot and cold food served to the table. For more information, phone Melanie Williams on