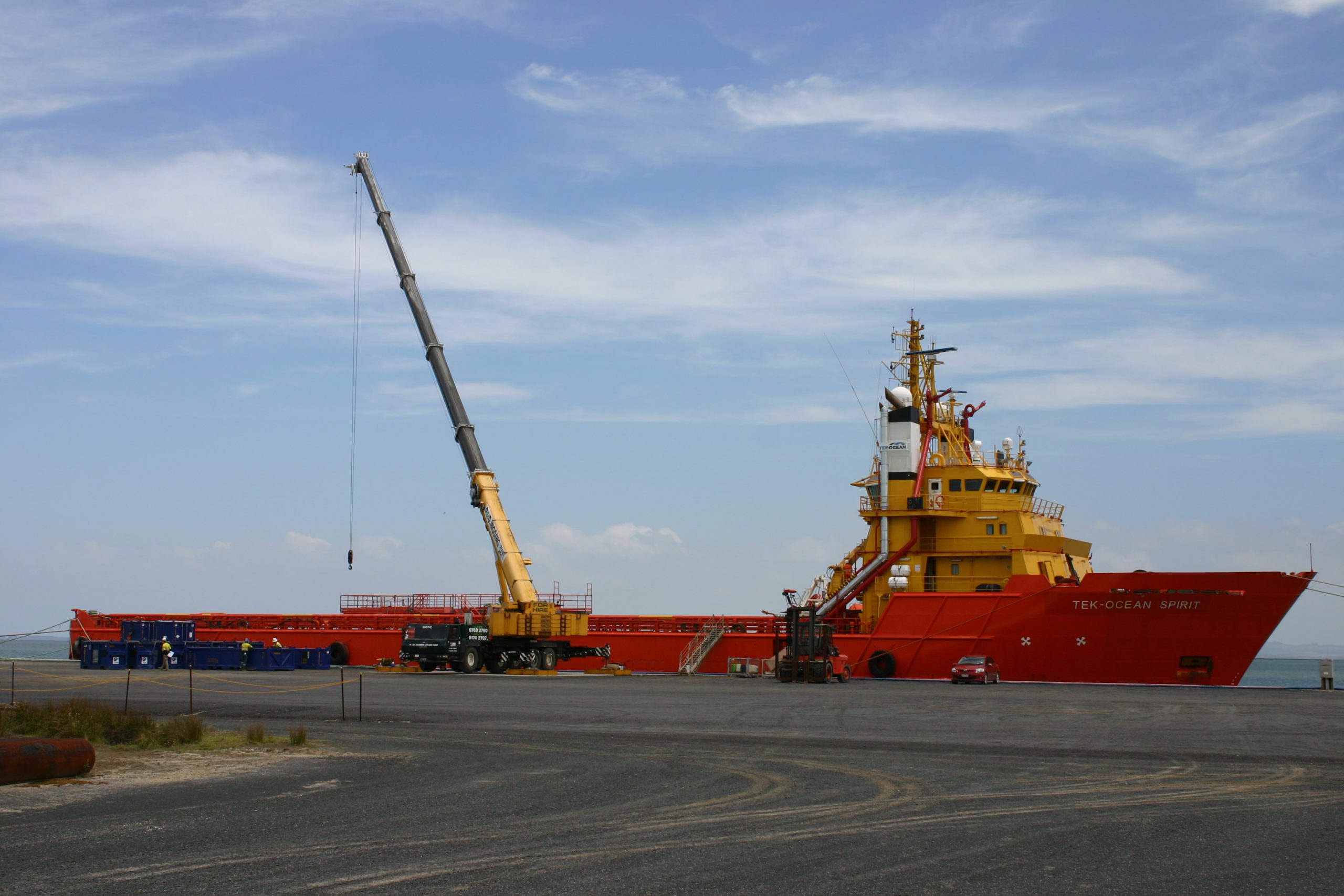 AN emerging port facility in South Gippsland spruiked as the key to Latrobe Valley’s export potential has hosed down hype over its coal-handling future.

Servicing the offshore oil and gas industry from Barry’s Beach west of Port Welshpool, through an initial upgrade in 2012, Port Anthony’s potential future expansion has become a hot environmental topic of late.

The port is often lauded by emerging coal development companies vying to export coal-derived products from the Valley, giving rise to speculation the port is nearing foreshadowed ‘Stage 2’ upgrades, which would require dredging of Corner Inlet.

However with only “minimal” amounts of coal-derived product proposed to be exported from the Valley, port manager Ben Anthony has moved to cool expectations about the role of coal in the port’s potential expansion.

“It’s unfortunate our facility is being seen only purely to serve to coal interests, because the truth of the matter is the coal is not at the forefront of our plans,” Mr Anthony said.

In a letter to EnergyAustralia late last year, EV climate campaign manager Nicholas Aberle said Coal Energy Australia’s proposed $143 million coal-to-oil project for the Yallourn site – which has flagged Port Anthony as its intended port of export – would put the integrity of the Corner Inlet ecosystem at risk.

“A major coal port development would threaten the existence of these ecosystems, disrupting the benefits of the area’s existing sustainable commercial fishing and tourism activity,” Dr Aberle wrote.

A protected wetland under the international Ramsar convention for wetland conservation, Dr Aberle said the Corner Inlet Marine and Coastal Park’s population of waterbirds and marine life could be put at risk by a coal-driven expansion.

“They are associating our potential expansion with expansion of the coal industry,” Mr Anthony said.

“The (brown) coal industry, because of the nature of the transporting, doesn’t require any dredging at all during its initial stages.

“Initial quantities of coal will never require (expansion). The quantities being talked about are so minimal.

“Currently they are only talking about four shipments a year so we would never even think about it.”

He said it would be the export growth of commodities such as wood chips or iron ore, requiring bulk transport methods in order to be financially viable, which would require a larger port capacity.

“Our facility and its potential for expansion is based on a multitude of commodities; there are fertilisers and other opportunities that exist which can enhance the position of the local region, and not just one or two companies,” Mr Anthony said.

“Conversely if the region wants access to overseas markets, larger vessels make any commodity more economical. Fertiliser is an expensive commodity, which when coming from overseas needs bigger boats to make it viable.

“Having said that, any brown coal projects wanting to utilise the facility, they have just as much right to access our facility as others.”

With three alternative brown coal projects looking to begin construction in the Valley this year though the support of the joint-government Advanced Lignite Demonstration Program, Mr Anthony acknowledged 2015 was a “a bit of a milestone” year.

“We might see some materialisation of these (alternative brown coal) projects that have been talked about forever,” Mr Anthony said.

“It’s an important thing, but we are not going to see the Van Oord (dredging ship) out there pumping millions of litres of cubic sands out.

“The vessel activity from these projects would go largely unnoticed. We are talking about a handful of shipments a year, but we already have four shipments a week from here and Port Welshpool.”

Mr Anthony said future progression onto ‘stage two’ of the port’s development would only proceed if dictated by market demand.

“It really is a chicken and egg thing. None of these commodities will ever get anywhere without the ability to export,” Mr Anthony said.

“We are not scared of going to stage two.  We would jump in and do it if we saw a positive economic assessment; we would proceed based on the merits of that assessment.

“The region will maintain its status as stranded resource unless the ability to manoeuvre is put in front of them.  We want to be on front foot to provide that.”

Commodity quantities aside, the port’s isolation from the Valley – with no rail connections or streamlined road routes through the Strzelecki Ranges – remains a significant challenge for the facility’s ability to close a high-volume transport loop with Gippsland’s brown coal fields.