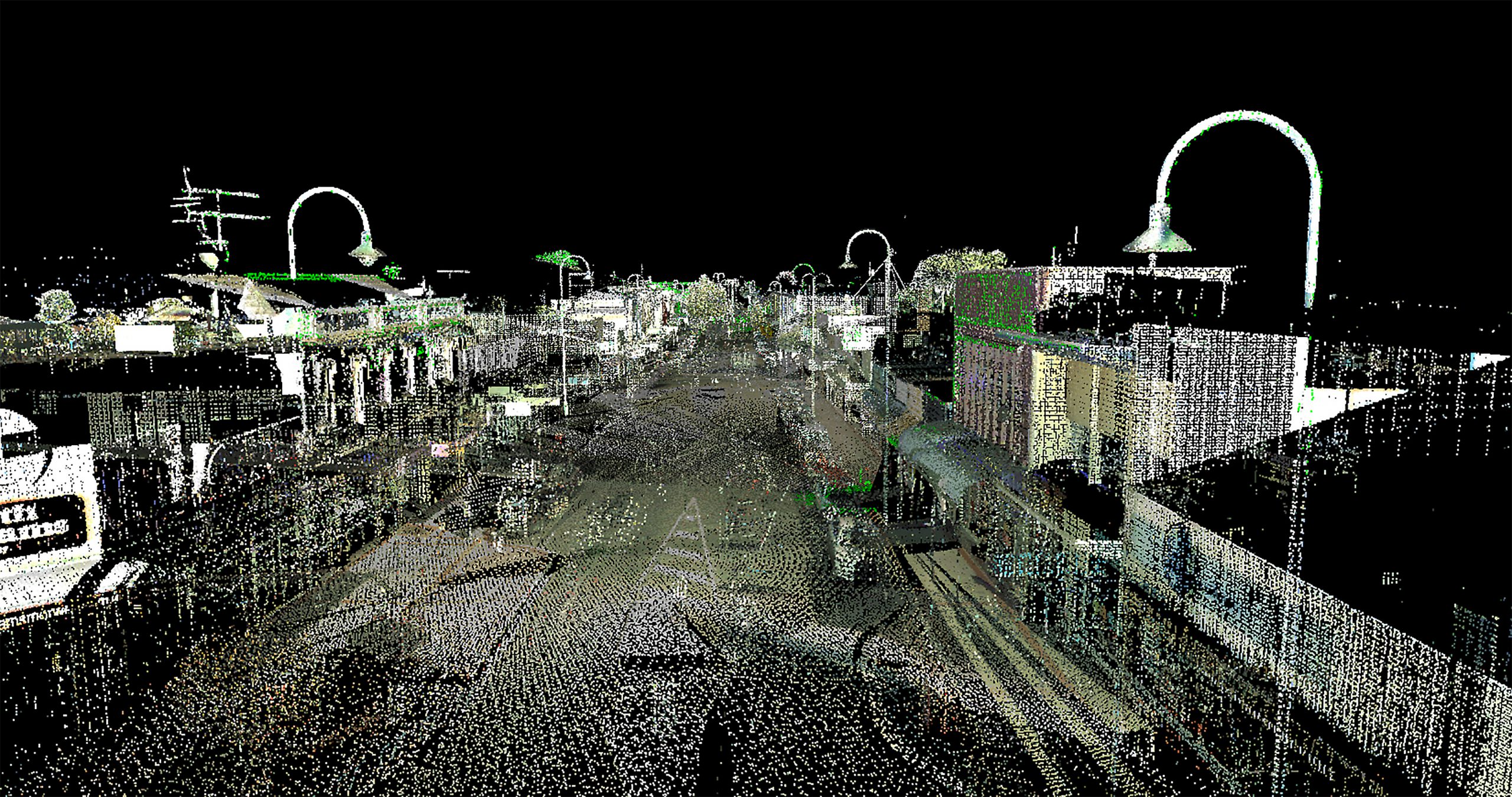 INNOVATION is paving the future of Gippsland’s city centres as ReActivate Latrobe Valley continues connecting the community with new projects.

Latrobe Valley residents may have noticed a technician scanning the buildings of Morwell’s central business district over the past fortnight.

His name is Greg Afflick and he has been busy using terrestrial scanners to digitally map the area from the western end of Commercial Road to Hazelwood Drive.

It is all part of preparations for the “bigger and better” 2015 Winter Night Festival, which will see a range of artwork projected onto Commercial Road shopfronts and infrastructure.

ReActivate Latrobe Valley co-directors Rosalea Monacella and Craig Douglas said the group’s intent was to build upon past projects, which they hoped could reconnect people with their town centres.

“We’re going to build on the success of the projections at the last winter festival, where we had our first go at doing projections onto buildings,” Mr Douglas said.

“We had a lot of fun with that and got a really good response from the public.

“This time we’d like to do it again and do it better,” he said.

ReActivate has asked artists to respond to each of the buildings’ specifics, where even windows and doors can be used for more interactive displays.

The 26 scans were taken in three days and come with 100 million points of information, which Mr Douglas said would provide local artists with more scope for innovation.

Artists who plan to submit their pieces by Monday, 23 March, can also attend a workshop on Friday, 20 March, to better understand the projectionist’s tools.

“So for someone who might be creating artwork or organic candles, it’s actually profiling that innovation that’s going on at a local level,” Ms Monacella said.

“Ideally we’re profiling Gippsland artists, but we’re trying to draw in a range of responses to the area.”

This year’s Winter Night Festival – to be held in June – will have events in Moe, Traralgon and Morwell.

Mr Douglas said the festival, along with other initiatives such as ‘Get Sunflowered’, was mainly a “celebration” of the people and their towns.

ReActivate Latrobe Valley and other community groups will join Latrobe City Council to sign a Memorandum of Understanding next week.

“In a funny way, part of what we’re doing is describing back to people what’s good about living and working here,” Mr Douglas said.

“Because, you know, you forget. You drive past something everyday and it becomes normal and you forget what’s special about it.”