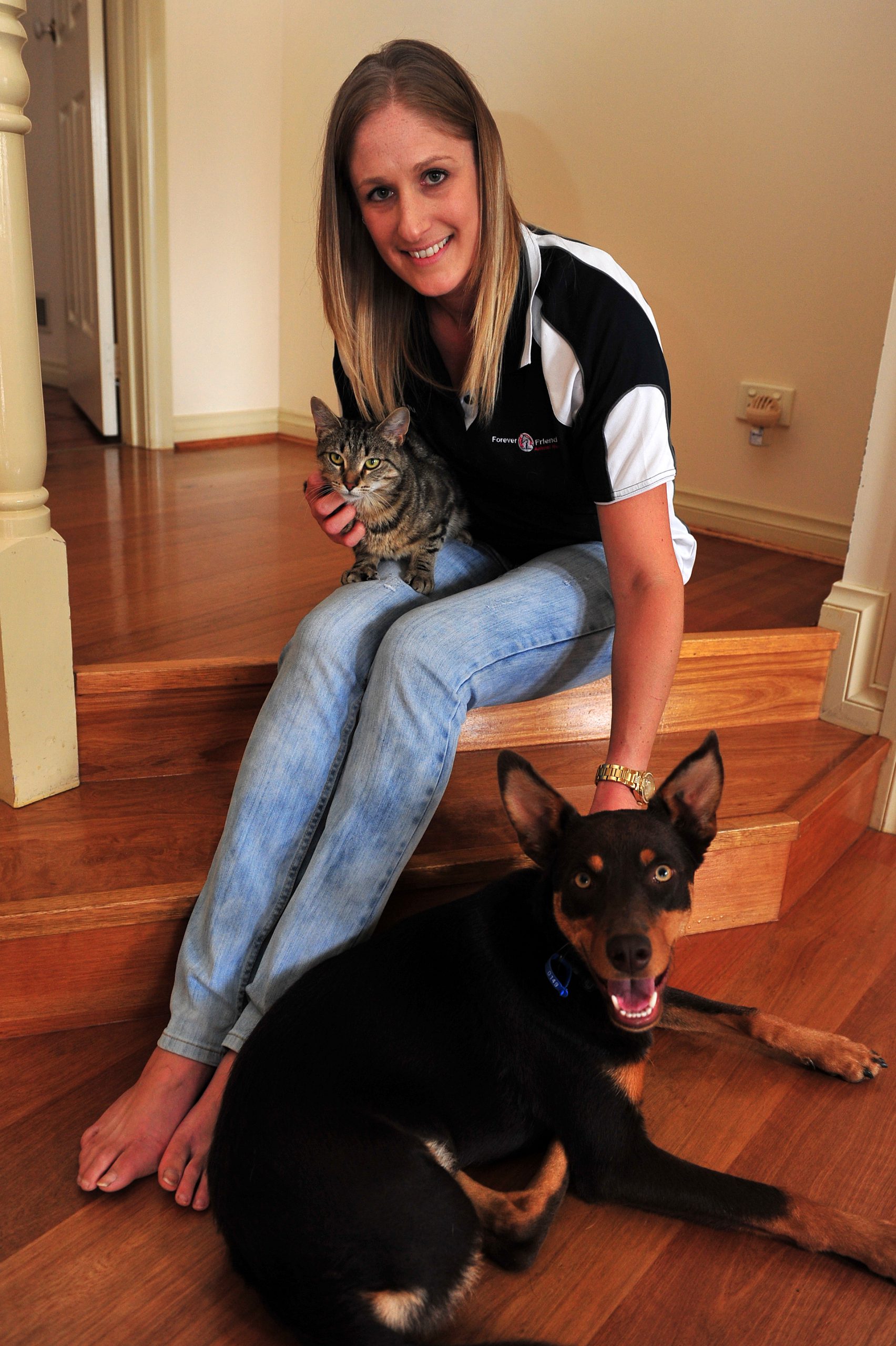 IN three years, 934 animals’ lives have been saved by a Latrobe Valley-based volunteer-run pet rescue group.

Forever Friends Animal Rescue Latrobe, which celebrated its third birthday on Friday, began by helping to re-home impounded cats and dogs to save them from euthanasia.

Now, the group often rescues frightened animals from bush land, deserted rental homes and from owners who can no longer look after them.

FFARL committee member Kylie Pardo has volunteered with the organisation for two-and-a-half years and said while the job was often emotionally tiring, it was worth it.

“It has its ups and downs, all of the volunteers would probably agree that being able to save as many lives as we have has been awesome,” Ms Pardo said.

“The committee members often take some of the more difficult animals that need more care whether it’s behavioural or illness.”

With a mission statement of always finding the right home for their furry friends, Ms Pardo said in some cases foster carers looked after animals for extended periods.

“It sometimes can be a bit heart breaking and stressful but we always get through it and are able to find the best home for that animal,’ Ms Pardo said.

“That’s what it’s all about in the end, holding on to them to try and find the best match.”

Upon attending the home of a FFARL foster carer, it was clear the volunteers loved their jobs and the animals they took in.

“A lot of the time we don’t know what these animals have already been through,” Ms Pardo said.

Ms Pardo said pet owners who failed to de-sex cats were the biggest contributor to their work and more education was needed.

“For the past three years, there’s always cat breeding season and we’re constantly getting people contacting us to help them re-home their kittens or take the mum and the kittens,” Ms Pardo said.

Ms Pardo thanked the Latrobe Valley community for their ongoing donations of money, food, cat litter and other items towards caring for the animals.

FFARL will hold their next adoption day on Saturday, 21 February at Petstock Traralgon from 9.30am to 2pm.

Community members looking to adopt are encouraged to view animals on the Forever Friends Animal Rescue Latrobe Facebook page and send an application to foreverfriends.latrobe@gmail.com so they can be picked up on the day.