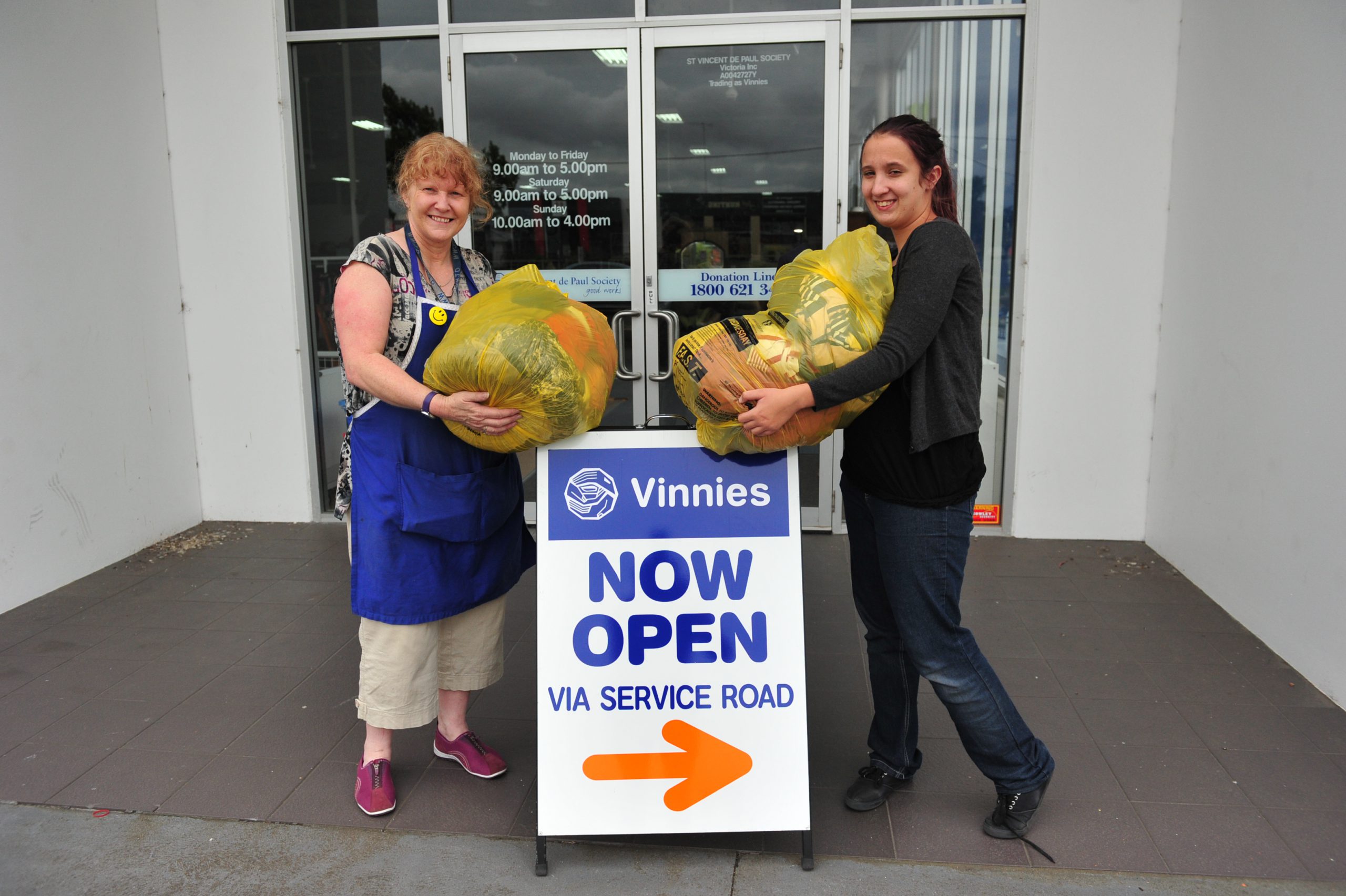 LATROBE Valley residents can give themselves a pat on the back for “changing their behaviour” while donating used goods to local opportunity stores.

Dumping items outside of business hours and leaving op shops to foot the bill may have been a problem for registered charity stores in the past.

But six months after the Vinnies store in Traralgon relocated from Kay Street to its current Argyle Street store, volunteer staff have noticed an improvement.

“For most of the time, they donate during business hours and only now and again donations are left overnight,” Mr Harvey said.

“We thank the Traralgon and Morwell community for their support with Vinnies, because it helps us do good work in the area.”

“They can call local laws directly and we will come and collect it; we will look in that rubbish for evidence of who’s dumped it,” Ms Pitkin said.

“Or the registered charity may choose to dispose of that waste themselves and council will support the cost of that waste, even if it is a reimbursement.”

If evidence of the potential owner is found, council contacts that person directly to ask whether they were responsible for the dumped goods.

A notice would then be sent to that person’s address, to which they would be given 14 days to respond.

“Otherwise, they are sent a $295 fine under the same act,” Ms Pitkin said.

This financial year Latrobe City has issued one ticket for dumped rubbish, which Ms Pitkin said was difficult due to the lack of evidence.

Although there were cameras at the Vinnies stores, Mr Harvey said their focus was inside for occupational health and safety reasons.

He said the main reason for donations outside of business hours could be due to the store’s busy thoroughfares, which were exposed to a lot of traffic.

“Unfortunately dumped goods end up in waste, which is another dollar wasted that doesn’t go to the community,” Mr Harvey said.

“That’s the only reason we’re there; we’re raising funds that go directly to the people.

“The need does keep growing, so we appreciate as many donations of used goods as we can receive.”

DO: Bring your re-useable, donated goods during business hours. That way, we can say ‘thank you’.

DON’T: Any donations left after hours are subject to weather or pilfering, which ends up in waste.