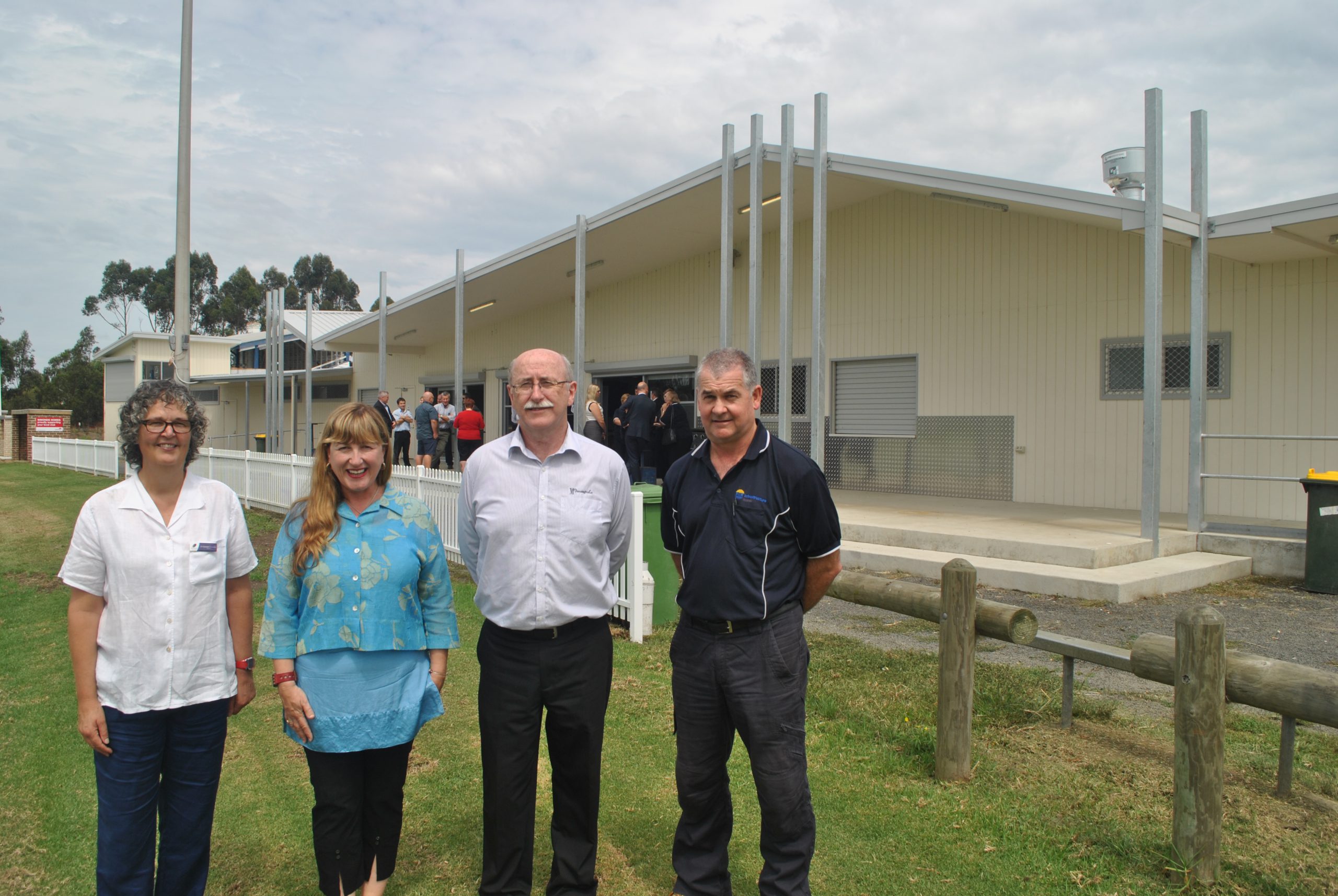 The pavilion at the Rosedale Recreation Reserve was officially opened on Friday, 20 February.

Ms Green said sport and recreation clubs were the lifeblood of communities.

“We love our sports, and quality facilities like these ensure communities can continue to participate in them,” she said.

The facility replaces out-dated buildings at the reserve which were struggling to cope with more than 400 members of the local football, netball and cricket clubs, ranging from senior netballers to growing participants in local Auskick and In2Cricket programs.

Works on the pavilion took place in two stages, starting with the full construction of a new clubhouse, and once complete, the previous clubhouse was modified into change rooms.

The facility complements the existing two ovals and two netball courts at the reserve and provides local clubs the ideal base to host more training and competitions, including finals.

Nearby Rosedale Primary School and the wider community, including groups such as the Rosedale Men’s Shed, will also be able to access the new facilities.

Councillor Crossley congratulated all involved in making the project a reality, highlighting that the facility would benefit the wider community.

“These clubrooms aren’t just used for changing and serving sandwiches, hot dogs and beer,” she said.

“These facilities cannot be built without that contribution. That was the cornerstone in getting it off the ground,” Mr McDonough said.

He also acknowledged council’s work and funding of $535,308, and community members who contributed a total of $50,000.

“For a small community that was a fantastic effort,” Mr McDonough said.

“These facilities, for a small community, are very, very important.”