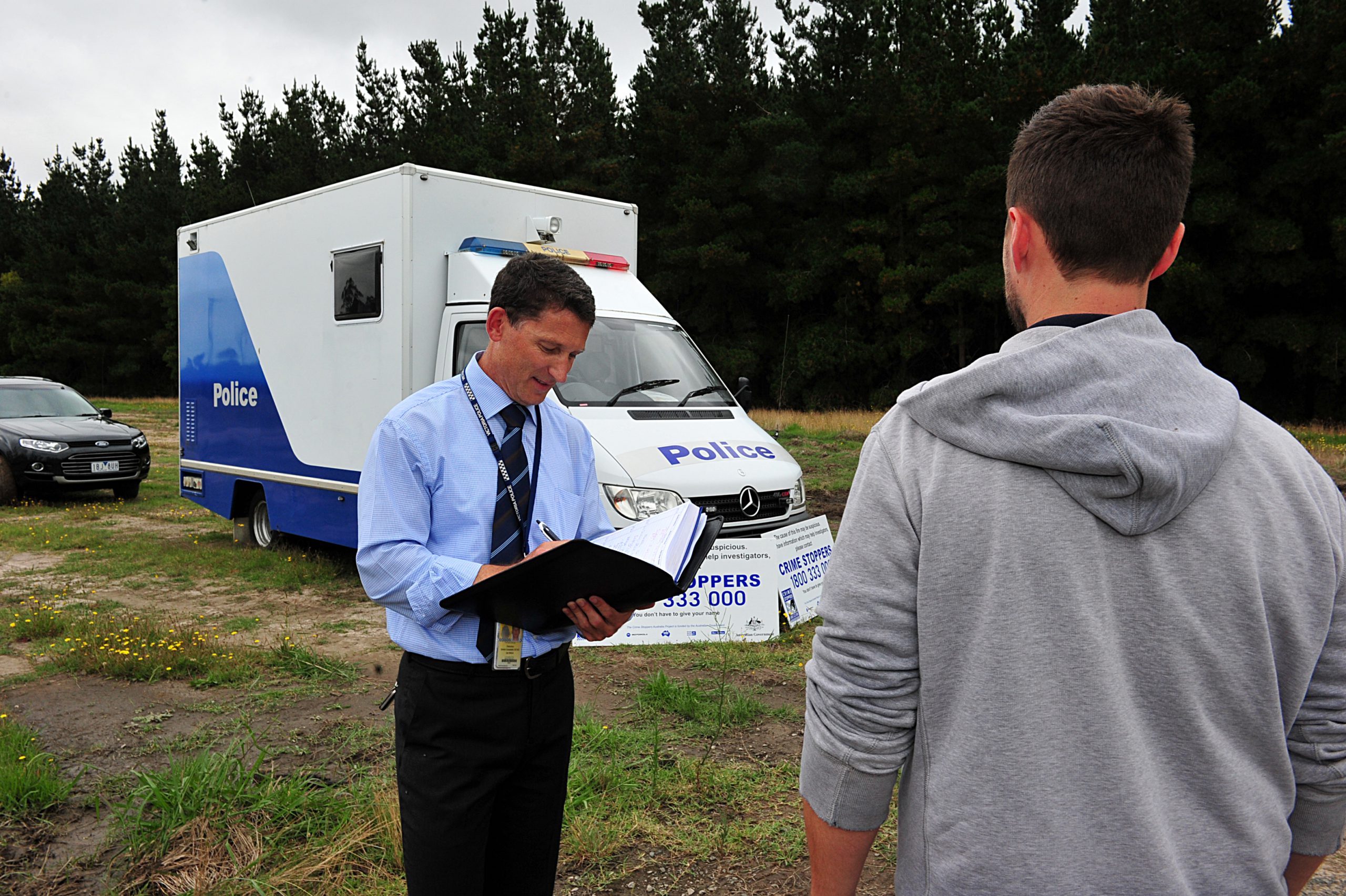 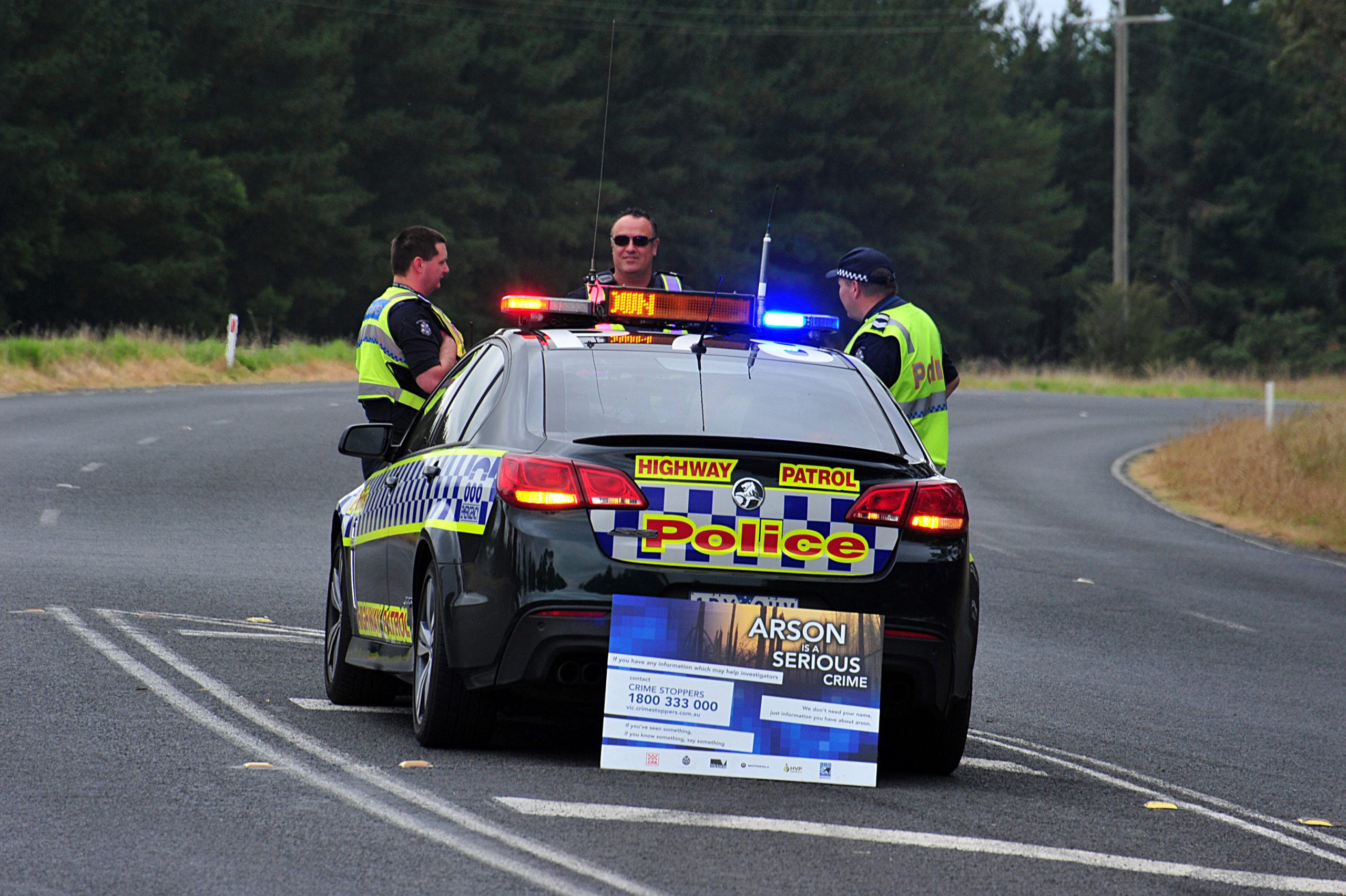 LATROBE Criminal Investigation Unit set up camp on the south side of Morwell’s Maryvale Road on Tuesday afternoon, hoping to find what sparked last week’s fire.

A mobile police unit joined Hancock Victorian Plantations staff at the fire’s scene exactly a week after it began, canvassing for witnesses who may have been passing through at the same time.

“In reality, there’s no such thing as a small fire, because we treat them all very seriously,” Det Walk said.

“The idea is to be here at the same time the fire occurred, so we’re going to attract the same people who may have seen or know something.”

Det Walk said there had been a good response from the public so far, with a few vehicles stopping to offer information or report suspicious activity.

“It’s hard to define ‘suspicious’; it could be someone parked on the side of the road or someone who’s seen in the bushes,” Det Walk said.

“We’re here and available for people to give us information.

“Every little bit helps; it adds another piece of the puzzle.”

Det Walk said all bushfires, no matter their size, had a “significant impact” on the community.

“What we’re asking is for people to be aware of their surroundings and if something is suspicious, phone Crime Stoppers,” he said.

Anyone with any information regarding the bushfires or other suspicious activity should call Crime Stoppers on 1800 333 000.