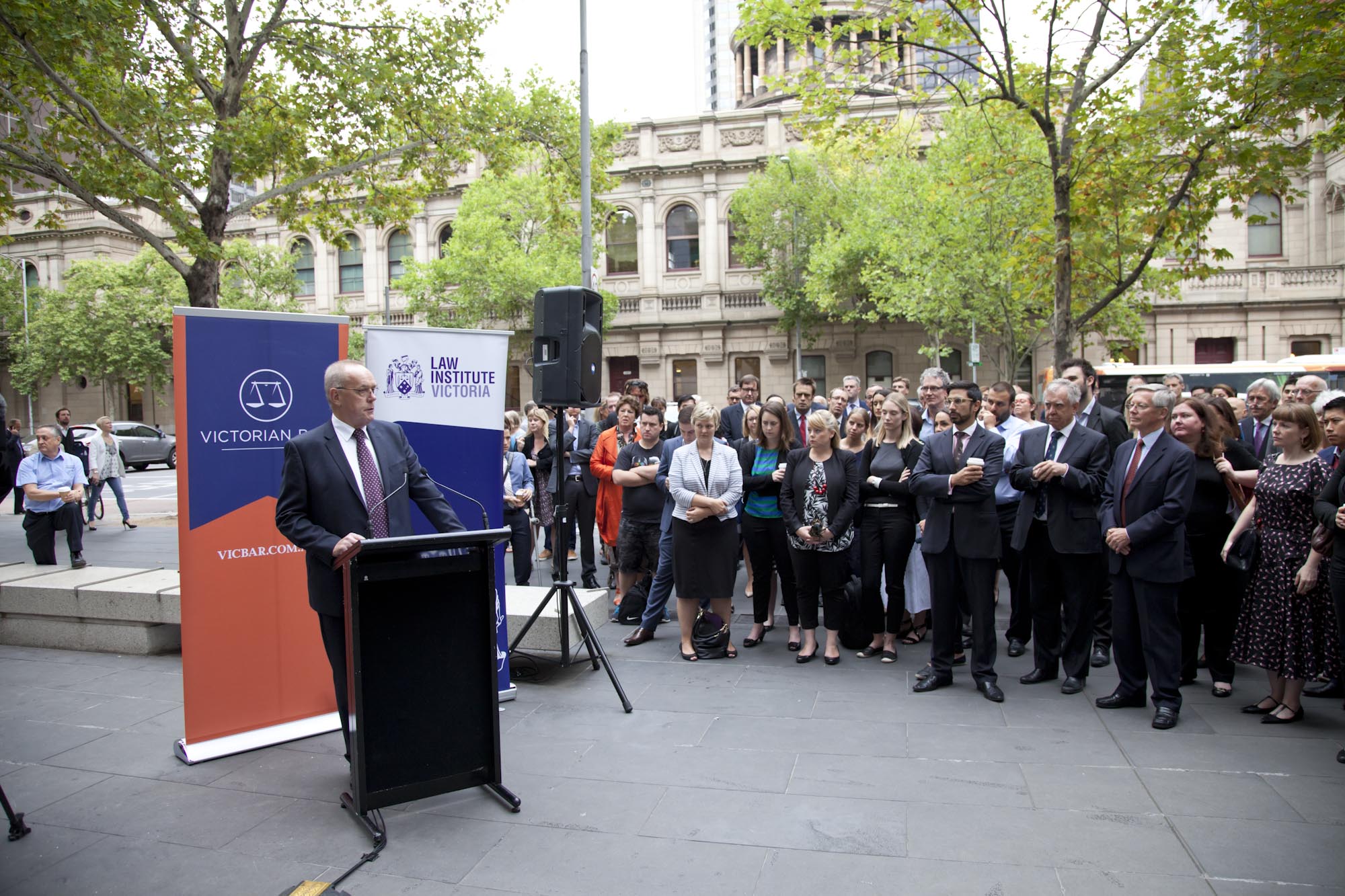 Gippsland lawyers were among hundreds of legal professionals who gathered in Melbourne last week in a vigil for two ‘Bali Nine’ men facing execution in Indonesia.

Joining in a minute’s silence for Australian nationals Andrew Chan and Myuran Sukumaran outside the County Court, Traralgon’s Maurice and Blackburn principal Gino Andrieri said the service was about sending a clear message those in the legal profession “fundamentally opposed” to the death penalty.

“We respect rule of law in Indonesia, but as a profession we are appealing for the government to show mercy here,” Mr Andrieri said.

“I think as far as the legal profession goes, one of the aspects in administering justice is the role of rehabilitation.

“We have two Australians here who are a prime example of rehab.

“These are not the same people from 10 years ago. Now we have an accomplished artist and a church pastor, and it’s an absolute tragedy to have to execute two people who clearly have potential to do significant good for society.”

When asked if there was still hope for the clemency of the Bali 9 pair, Mr Andrieri said “where there’s life, there’s hope”.

“It hasn’t taken place yet. There’s still time for their legal team to mount further submissions to the government, and again a strong national show of support may offer assistance in getting the Indonesian government to reconsider,” he said.

“I think it’s critically important that in this day and age that all governments, and not just Indonesia, are considering other methods for justice than the death penalty.”