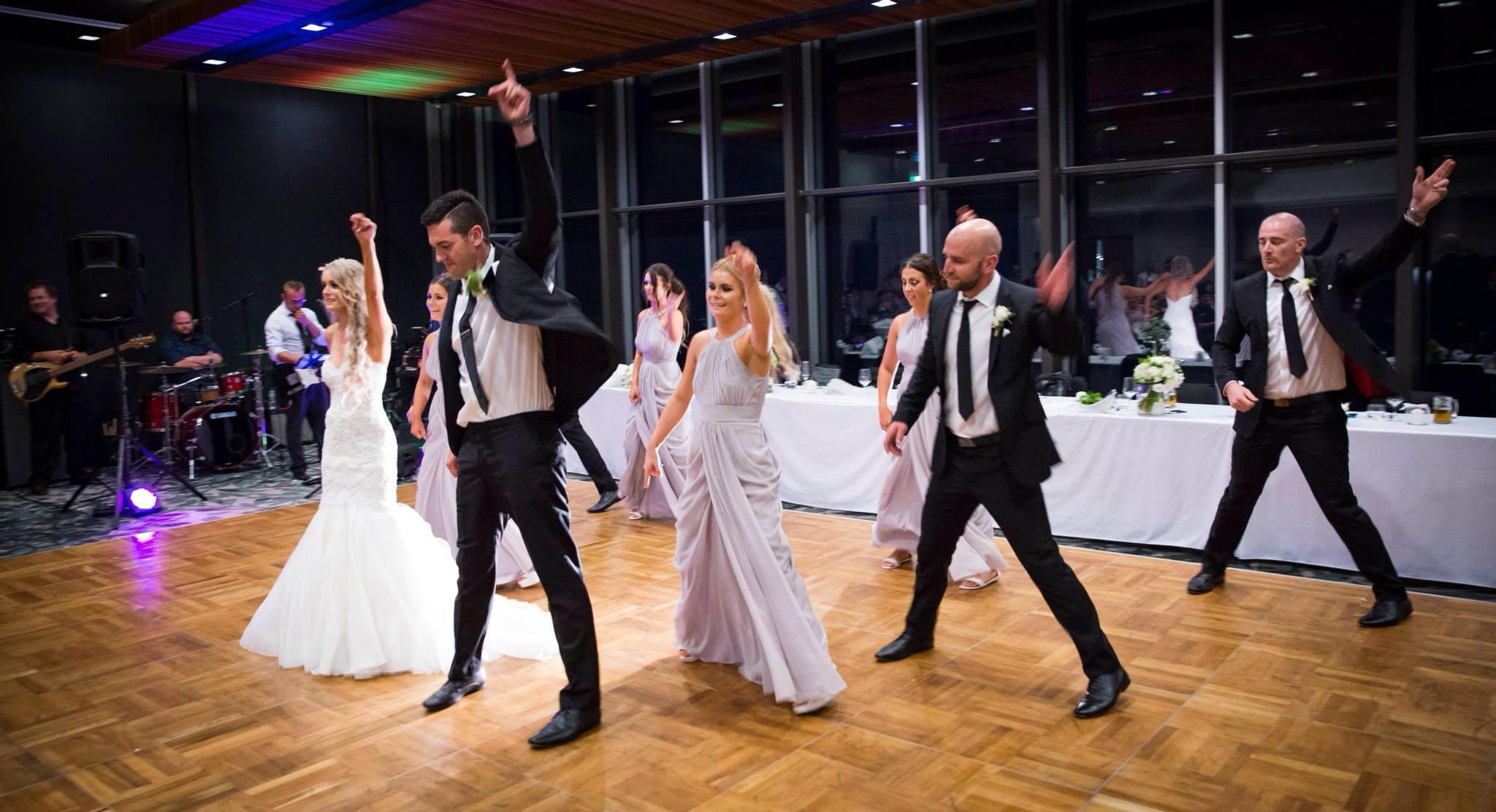 A VIDEO of Newborough newlyweds’ not-so-average bridal waltz has gone viral, with more than 40,000 views on Facebook since Wednesday.

Megan and Chris Hancock spent their Valentine’s Day tying the knot and performed a dancing showcase for their guests.

The couple and their bridal party regularly lined up in their home, learning moves from Latrobe Valley choreographer Chantelle Keane.

“No one thought I could get four footballers dancing but Chris and I asked them what’s one song they would like to dance to and they said ‘Backstreet Boys’,” Megan said.

Hinting at what was to come with a not-so-classical song for their first dance, the couple waltzed to Otis by Kanye West.

Breaking out into hip-hop style moves, the bridal party soon joined them, dancing to songs by Beyonc , Backstreet Boys and Michael Jackson.

“Choosing when to dance was the hardest part because we needed to explain to our parents what they needed to do without telling them the surprise,” Megan said.

“Once we finished our dance not one person sat down, everyone was up dancing.”

Megan told The Express she was overwhelmed by the influx of views and positive comments to the video, filmed by Lens Flair Productions.