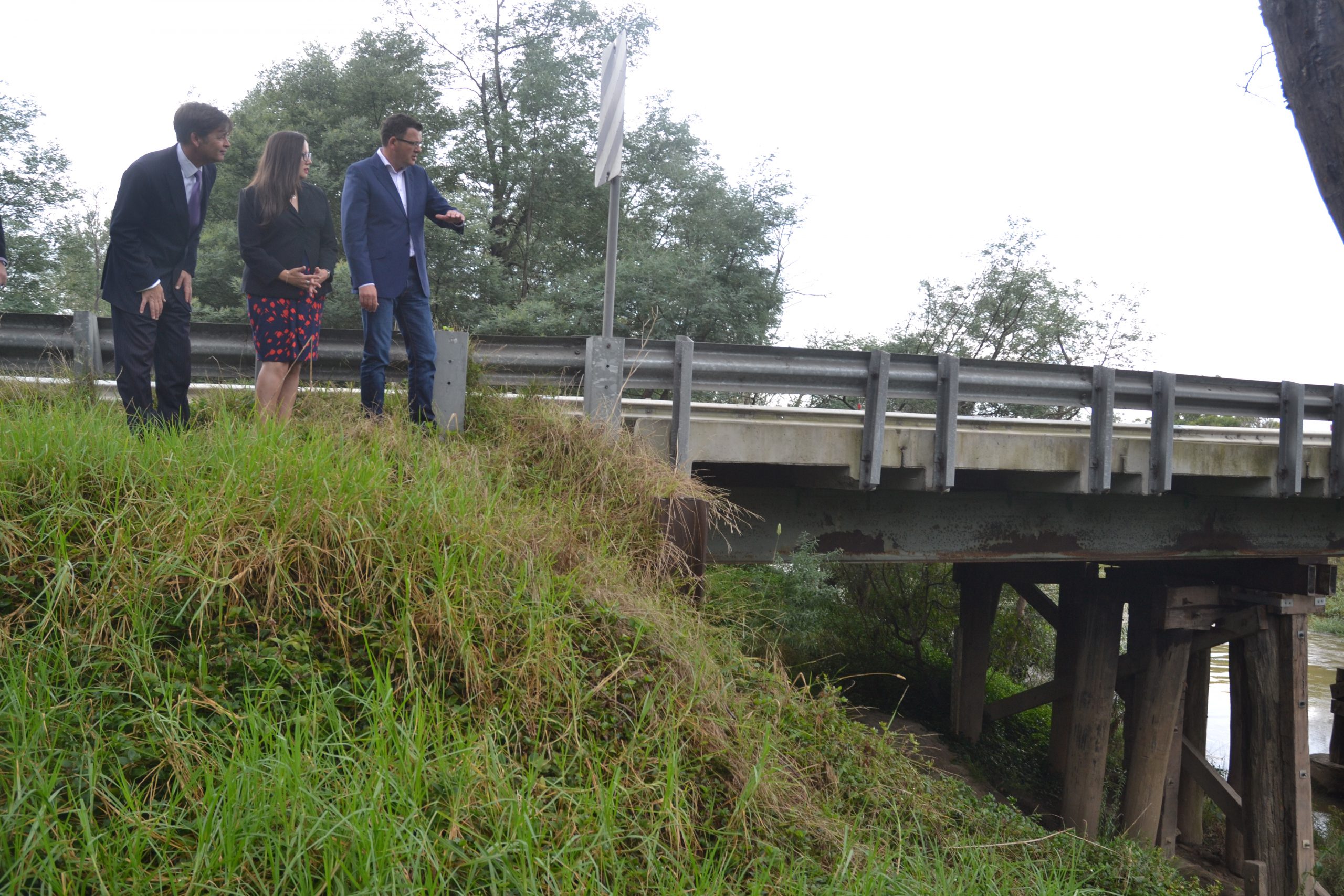 An 80-year old bridge on Tyers Road will undergo a $9 million rebuild as part of a state-wide bridge and rail funding package announced by the State Government last week.

Visiting the Latrobe Valley to announce the $38.5 million program – which will “strengthen” 48 key bridges over eight years – Premier Daniel Andrews said on Thursday the Tyers Road bridge across the Latrobe River was of strategic importance for the local economy.

“We will completely rebuild this bridge. It will replace the one that’s been here going back to the 1930s, which is only rated to be able to withstand a one-in-30-year flooding event,” Mr Andrews said.

“(This project will) take it up to a one-in-100-year event and will raise the bridge a full metre.

“This $9 million will mean the current load of 30 tonnes will go to 42.5 tonnes so B-doubles and semi-trailers can use it, as currently they can’t.

“It’s great for forestry and the dairy industry, it’s great for jobs. This is a major economic connection and so long as it is old and tired and load limited at 30 tonnes and flooding all-too-often then it’s holding this region back, costing jobs and opportunities.”

Mr Andrews said the bridge rebuild would be fully funded in the upcoming May budget, ahead of tendering and construction, which was hoped to begin before the end of the year.

The Tyers Road bridge announcement features among 17 “priority” bridges to be fully-funded with state money, with the remaining balance of proposed projects hoped to be co-funded with Federal Government money yet to be secured.

“The bridge is a vital road connection for both local commuters and industry in the area. It was first built back in 1936 and has since had a number of minor strengthening upgrades to keep it open, but we need a long-term solution,” Mr Northe said.

The announcement comes after Labor confirmed it would not continue the former Coalition Government’s Country Roads and Bridges Program, which would have provided about $1 million annually to the state’s 40 country councils to undertake priority road and bridge works.

Mr Northe called on Mr Andrews to provide further details to his commitment to regional and country roads, and continue the Coalition’s program.

“I’m not here to talk about previous government. We have guaranteed about $1 billion to regional roads over eight years, to bring consistency and reliability back to road funding,” Mr Andrews said.

The State Government has also announced a $50 million Safer Country Crossings Program for 52 priority roads and level crossings across the state, which carry high speed passenger trains or high numbers of heavy vehicles, with upgrades to include flashing lights and boom gates.