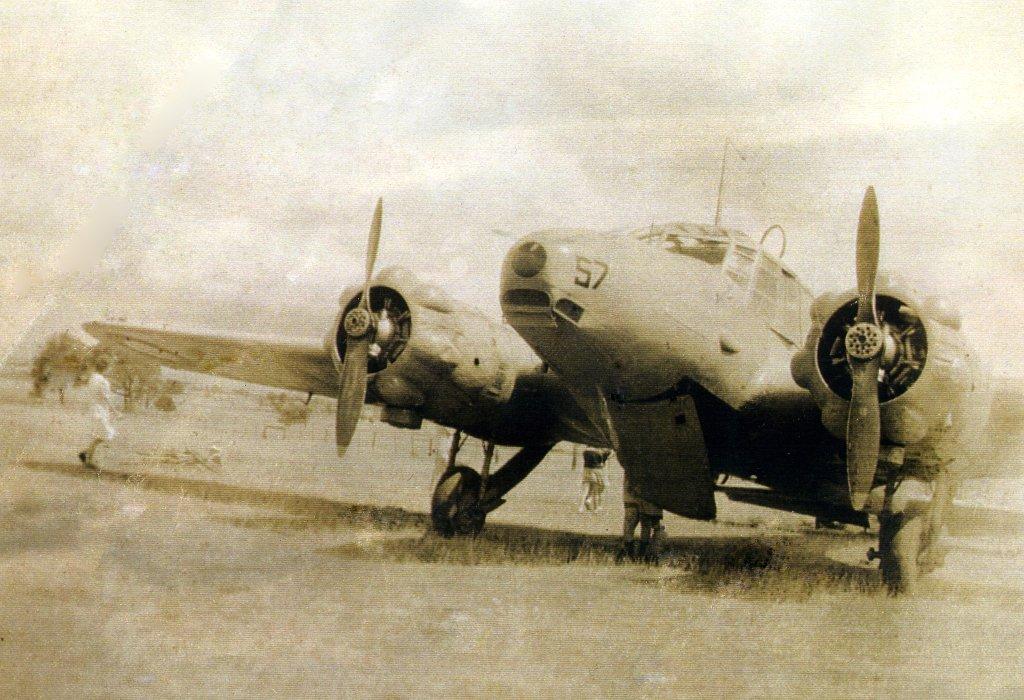 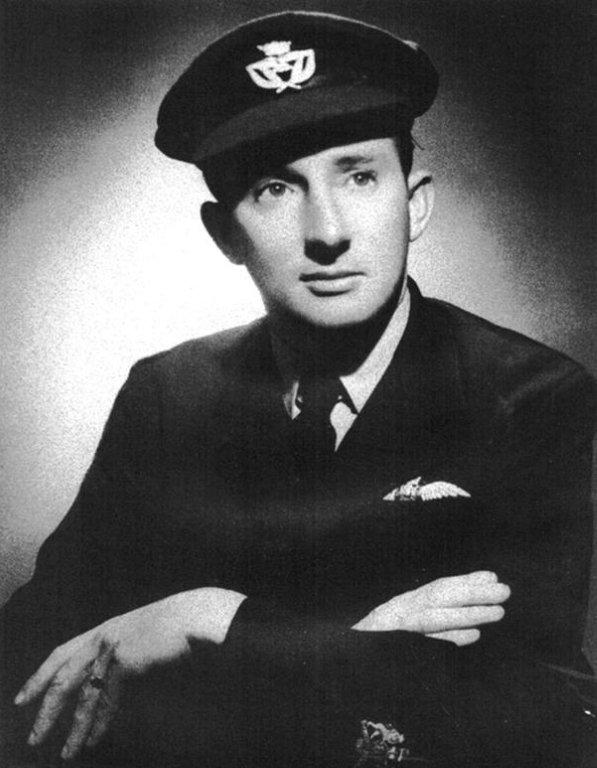 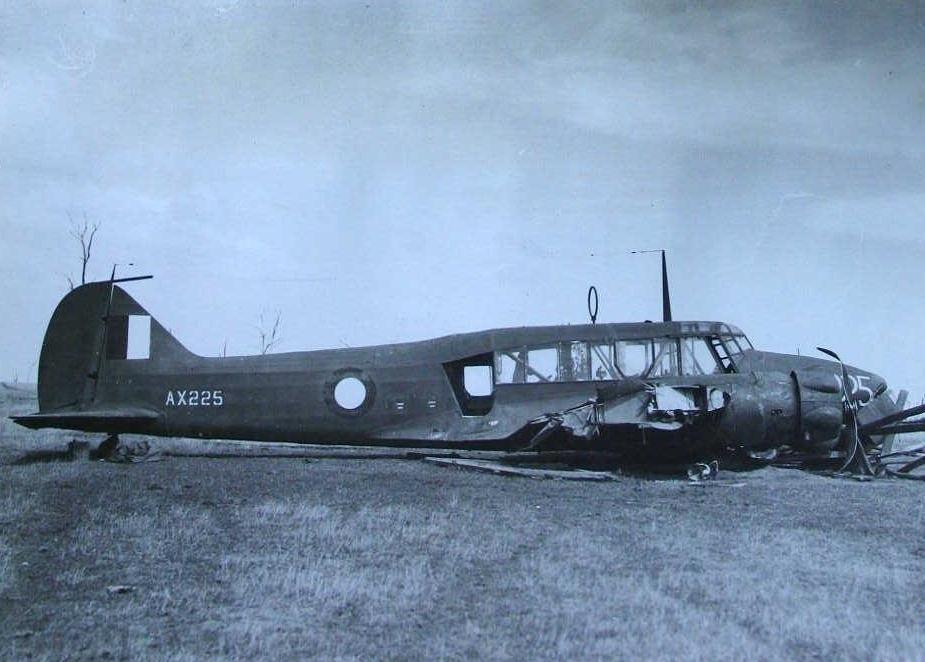 There’s a little known tale of near military disaster in Morwell’s history, in which the lives of eight air servicemen became forever in debt to the resourcefulness of the town’s people.

This week marks the 70th anniversary of a horrendously foggy night on which the Morwell community came out in force to help land two RAAF aircraft, hopelessly lost in zero visibility conditions.

In the first stage of a daring two-part rescue, the townsfolk collectively flicked on and off their house lights, turning Morwell into a giant beacon, honing the bearings of the grief stricken aircraft. It was the night of 24 February, 1945, and one of the worst fogs ever recorded in Gippsland caught a squadron of 13 Avro Anson twin-engine reconnaissance aircraft completely off guard during a navigation exercise at sea.

In the confusion that followed, the 52 airmen on board found themselves literally on a wing and prayer, when the unexpected fog rolled in from the Bass Strait.

As visibility fell rapidly toward zero, four crews managed to return safely to the Bairnsdale airport, three landed at the present-day East Sale RAAF base, while a further two managed a landing at the former West Sale base.

For the remaining four aircraft, luck was not on their side.

Having lost valuable time awaiting instructions circling over Bairnsdale, Sergeant David Pummeroy took his Anson and crew due west in an attempt to outrun the fog while fuel levels still allowed.

Pummeroy’s trajectory was later joined by a second Anson, captained by a Sergeant Douglas Keen, which in a subsequent 181-page military incident report was described as “wandering about in a westerly direction”.

The precise events which followed are unclear, however a report published in the Morwell Advertiser titled ‘Planes forced down’, described it as “splendid emergency organisation” by people on the ground in Morwell.

“The unusual spectacle of winking town lights and the persistent drone of aero engines awoke the town to the realisation that something unusual was occurring,” the report stated.

An attendant manning the post office telephone exchange called up “all known motor vehicle owners” requesting they proceed immediately to an emergency landing zone being prepared in a paddock north of town, believed to adjoin Latrobe Road.

“Mr Rob Watson had the fire bell rung with an unusual signal that had the effect of transmitting over the whole town a final warning of something unusual happening,” the report continued.

“The concentration of headlights in a fixed spot combined with the steady flow of light vehicles to that spot conveyed to them clearly that an emergency ground was being prepared.

“By 12.30am, the ground was sufficiently lit and ready for the landings. Prior to this only one plane had been observed but now another was picked up flying westerly along the Latrobe Valley.”

After two failed landing attempts, Sgt Keen touched down the third time, missing a paddock dam by a “matter of feet” and bursting through a fence line.

“The wings contacted a tree, which had the effect of throwing the machine around smashing the tail and tearing off a wing. One of the crew of this machine received a cut on the face that necessitated some stitches,” the report said.

“With most of those present still persisting in the belief that now the first plane was down, the second would return home, it was a matter of surprise when the machine touched down to a perfect landing soon after.”

How exactly the town was coordinated to blink its lights for the aircraft remains an undocumented mystery, however a military letter to the Morwell Shire President dated July 1945 leaves no illusion to the role Morwell’s citizens played.

“During the (subsequent) inquiry the court endeavoured to ascertain who was responsible for the emergency organisation, but from the information received it appeared to be a cooperative effort,” the letter declared.

“Undoubtedly this action was probably responsible for saving the lives of at least some of the eight members of the crews, and some very valuable air-force equipment.”

The fates of the third and fourth planes were not so fortunate.

Pilot Sergeant Morton Lawrence was killed in a crash after circling for two hours above Bairnsdale; the fog was so thick the crew could not see flares lighting the runway from a height of 20 metres.

Having tried to penetrate the fog over East Sale, pilot Sergeant Kevin Maloney and his crew unknowingly passed over the West Sale base before a flare path was lit.

Sale historian Marcus Hill can remember the morning the doomed aircraft flew overhead as a child.

“I remember this plane flying down my street really low at street levels. We hadn’t even realised the fog had come in when we all rushed out onto the street,” Mr Hill said.

“The lights of the damn train sitting on the tracks caught him out, he wasted time and petrol getting down to look at the train and getting back up again. After that it’s pretty clear he told his crew to get out while they could.”

Two servicemen parachuted to ground safely, however that of a third, a Sergeant David McLeod did not open in time, and he fell to his death north of Rosedale.

Sgt Maloney survived after gliding his aircraft through darkness to a crash landing among dead trees, tearing off one wing and much of the second.

Despite an “almost identical” incident during the MacRobertson Centenary Air Race in Albury some 10 years earlier, which attracted global news coverage, the Morwell story has been largely forgotten.

A subsequent military investigation noted the inexperience of crews, poor communications and the delay in lighting the flare path at West Sale, however it was seen the “freak of nature” fog was at the heart of the incident.

Mr Hill said the Latrobe Road landing site was “surely worthy of a striking monument” which could serve as a tourist attraction in honour of the people of Morwell.

“For the RAAF it was a very close call. Wartime censorship prevented news of the event reaching the public and the prompt action of the people of Morwell avoided almost certain extra loss of life,” Mr Hill said.

“Seventy years after the event, Morwell has good reason to celebrate the spirit of cooperation and innovation displayed on that memorable, but frightening, night.”