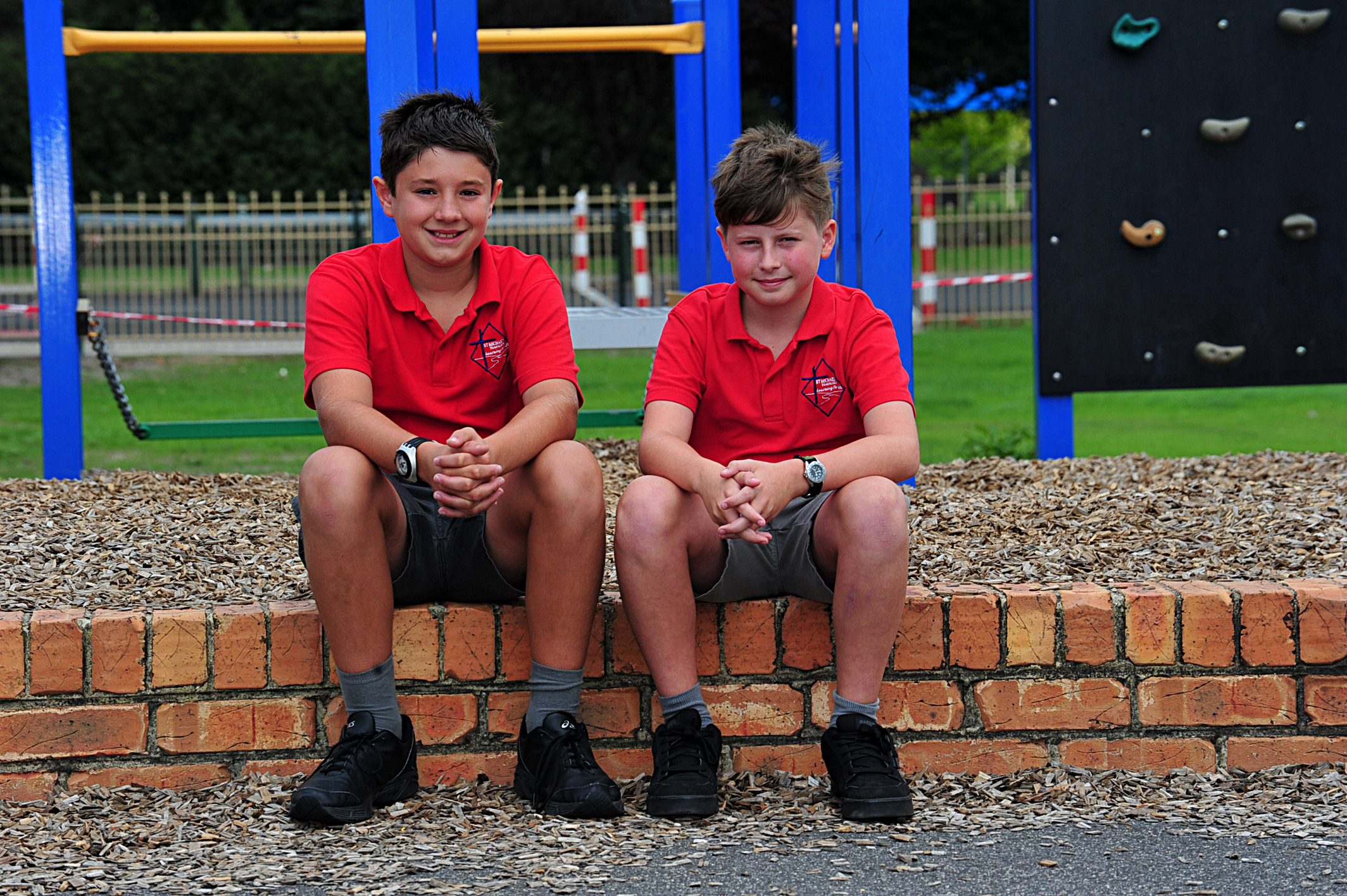 Charlie Lockwood and Tom Said knew something was wrong when they saw their fellow school mate lying at the bottom of the Traralgon pool.

“We swam down, we each grabbed one arm, and we pushed off and brought him to the surface,” 11 year-old Tom said.

“The lifeguard jumped in, grabbed him, swam to the edge and dragged him out. Then the mums helped to resuscitate him

“If we hadn’t done it… maybe if we waited a little bit longer, he might have drowned.”

“He was just lying at the bottom of the pool so we pulled him up so he could get CPR,” Charlie said.

“It just went so fast,” agreeing his reaction was instinctual.

The school’s principal Catherine Blackford said she was so proud of the boys for their “quick thinking” and not panicking.

“They saw that something needed to be done and just did it. It’s amazing… and they were cool, calm and collected afterwards,” Mrs Blackford said.

She said the cause of Daniel’s near drowning was still being investigated, acknowledging there were many rumours surrounding the event.

The school has also been supported by a Catholic Education Office psychologist to assist students, staff and parents.

“Latrobe City Council has also been in contact. We haven’t been left on our own,” she said.

Mothers Fiona Said and Eloise Lockwood said it wasn’t until the school community and Daniel’s parents thanked and praised their sons that they realised the significance of their actions.

“They just thought, ‘we were there and we wouldn’t have done anything differently’,” Mrs Lockwood said.

“They didn’t think they were heroes.”