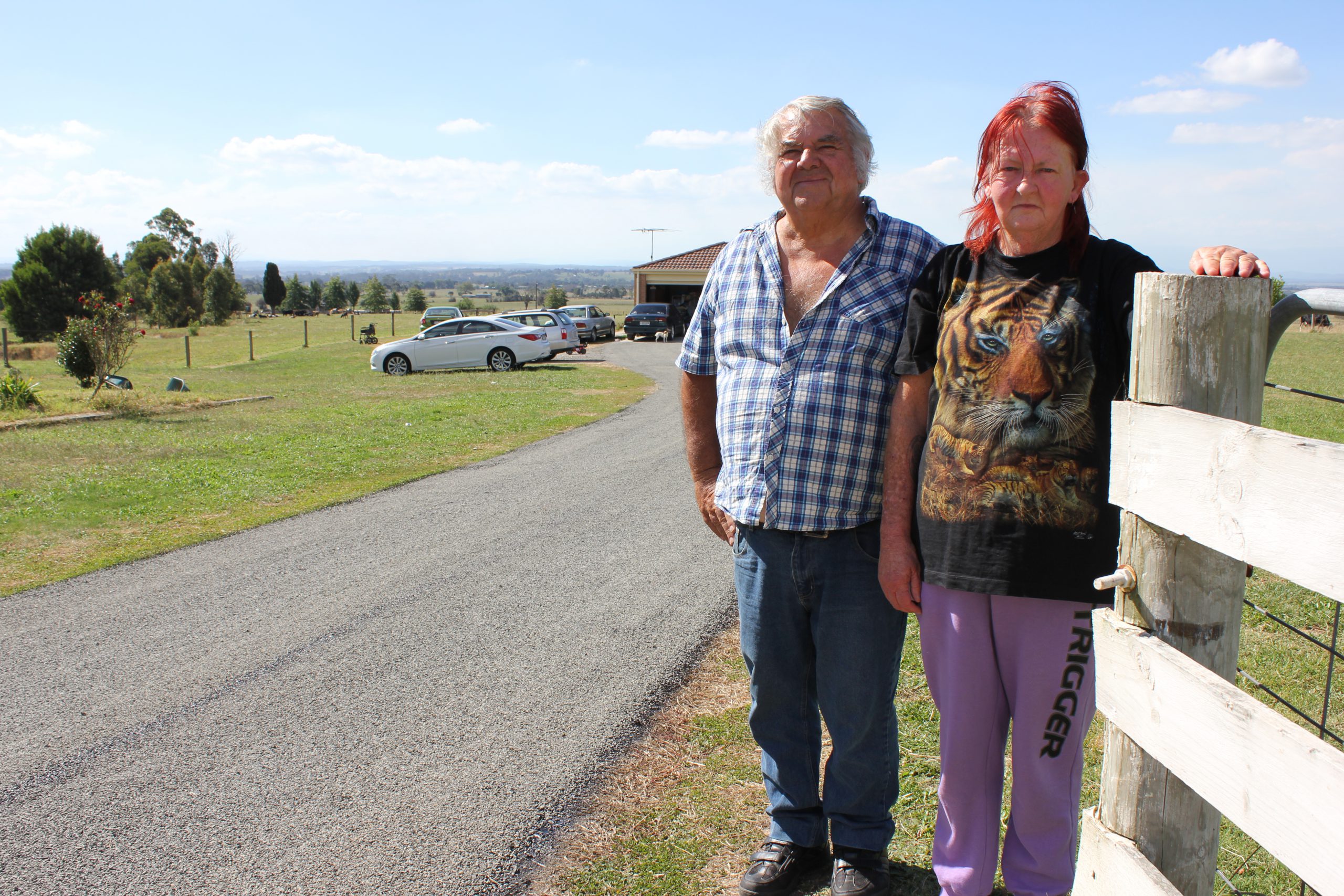 A retired couple living just outside Trafalgar were victims of a travelling con-artist repair scheme.

Lyn and Bryan Whitton said a group of men with Irish accents door knocked at their two-acre block asking if they wanted an asphalt driveway installed on Monday.

Mrs Whitton said this was when she notified police, and asked the men to leave.

“They jumped into their vehicles, and threw their work gear into their trucks as soon as the police were mentioned,” Mrs Whitton said.

She said she later called the tradesman’s business card, and realised it used a Dandenong McDonald’s Restaurant address and a mobile phone number.

She said she “lost her temper” at the man on the phone, but all he did was laugh.

“I’ve been too scared to go to sleep. I’m scared they’ll come back for revenge.”

The couple were told by police the layer of tar and fine stone could last for as little as six weeks.

“People have got to know about these things going on. You don’t know whether a person is genuine or what they are,” Mr Whitton said.

Trafalgar Police general duties senior constable Kevin Scouller said it was a case of “buyer beware”, with such acts happening many times before.

“It certainly appears that they might be preying on elderly and the unaware by forcing and even trying to argue for money upon completion of the job,” Constable Scouller said.

Const Scouller said often the men approached people with a good price, but ultimately you get what you pay for.

He advised people phone police if anyone has any knowledge of the men’s whereabouts or if they were cold-called about resealing their driveway.

“They typically move on very fast out of the district,” Const Scouller said.

In a statement, Consumer Affairs Victoria’s Claire Noone said travelling tradesmen knock on the door of homes uninvited, offering to do jobs such as driveway resurfacing at ‘today only’ specials.

“Do not accept these kinds of offers. Travelling con men frequently disappear as soon as you pay them; if they do any work, it is often unfinished or of a poor standard,” Dr Noone said.

“If you want work done on your home, do your research, get written quotes from legitimate businesses and ask for references so you can check the quality of their work with previous clients.”