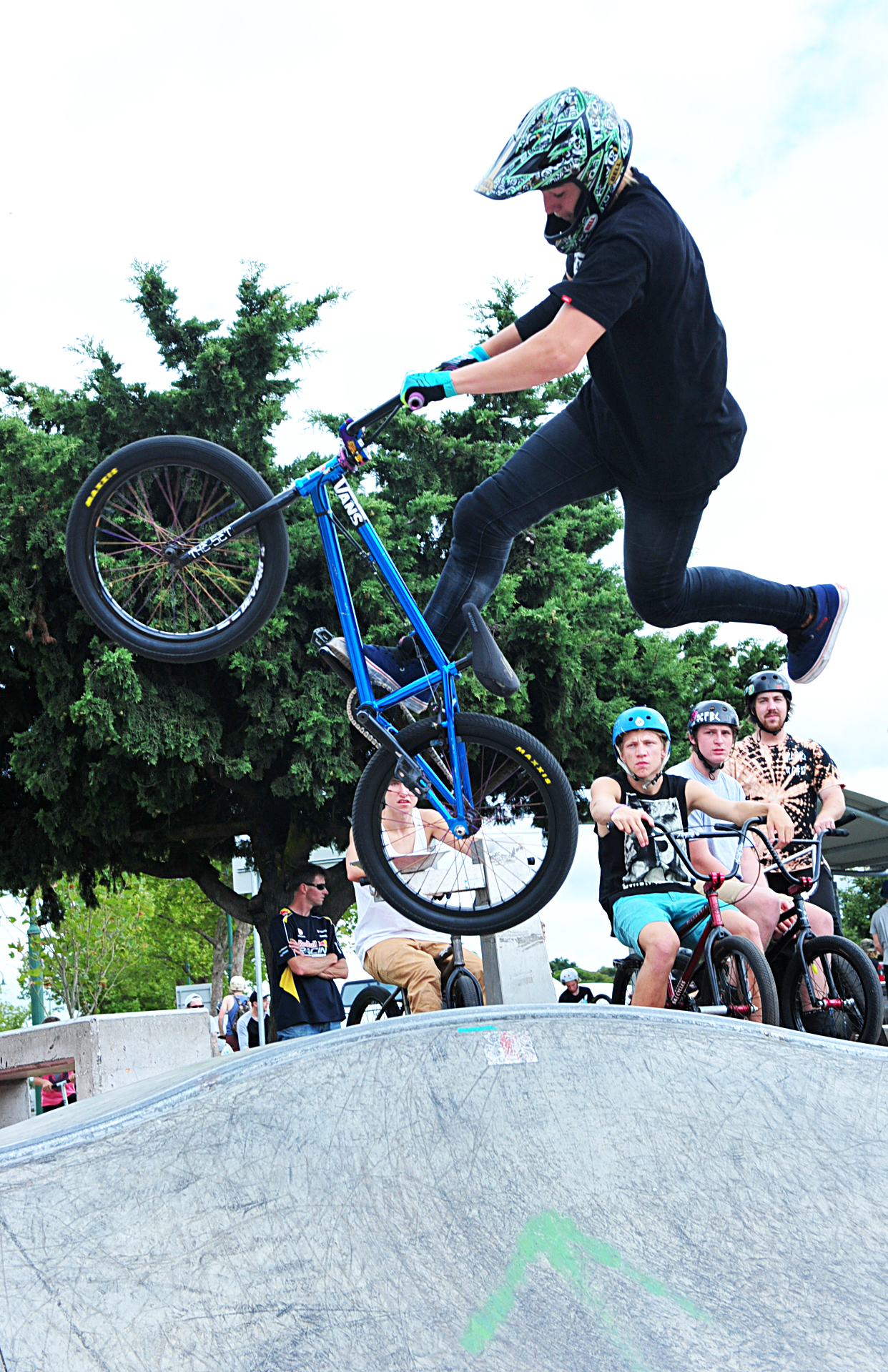 CLOSE to 200 people rolled out to Morwell Skate Park on Monday to join a ‘Jam for Sam’, dedicated to 16 year-old Sam Tormey.

BMX riders showed off their wheels and competed in various events.

Twenty-two year-old BMX professional Dean Anderson said the day was all about honouring his friend, who has been living with rare bone cancer Ewing’s Sarcoma.

“Sam has a lot of friends from around Melbourne and he can’t travel far away at all,” Mr Anderson said.

“So, we thought to bring everyone to our local skate park to all hang out with him.”

Community groups and businesses from afar have been busy raising funds in support of the Morwell teenager since he was first diagnosed.

Sam went along with his dog, Scooby, to reunite with his friends from the BMX scene, where he had spent most of his healthy days.

T-shirts and socks were on sale, with all proceeds going to Sam’s family, while a free barbecue, food and drinks were on offer for competitors and spectators.

S&J Cycles owner Shane Dunn, who lost his wife to cancer a few years ago, said donating products and helping out on the day was the least he could do.

“It’s just something I can give back to young Sam and some of these kids who look after me as a business,” Mr Dunn said.

“Sam has taken a bit of a shining to us – he’s been a customer of ours for the last four years and when his dad gave us the news of his illness, it sent shockwaves through us all.

“That’s why we’re here today – to try and help out – and look after some of these other young kids who are around and just get everybody together.”

Mr Anderson said Sam was “overwhelmed” by how many people turned up on the day, with the last of the revellers leaving about 4pm.

Kurnai College ‘hands on learning’ students will demolish Sam’s backyard fence tomorrow, before a group of volunteer tradespeople re-landscape his backyard over the weekend.

Sam’s teacher, and ‘Backyard Blitz’ organiser, Michael Stubbe, is inviting the community to go along on Sunday afternoon, when Sam will see his new yard for the first time.