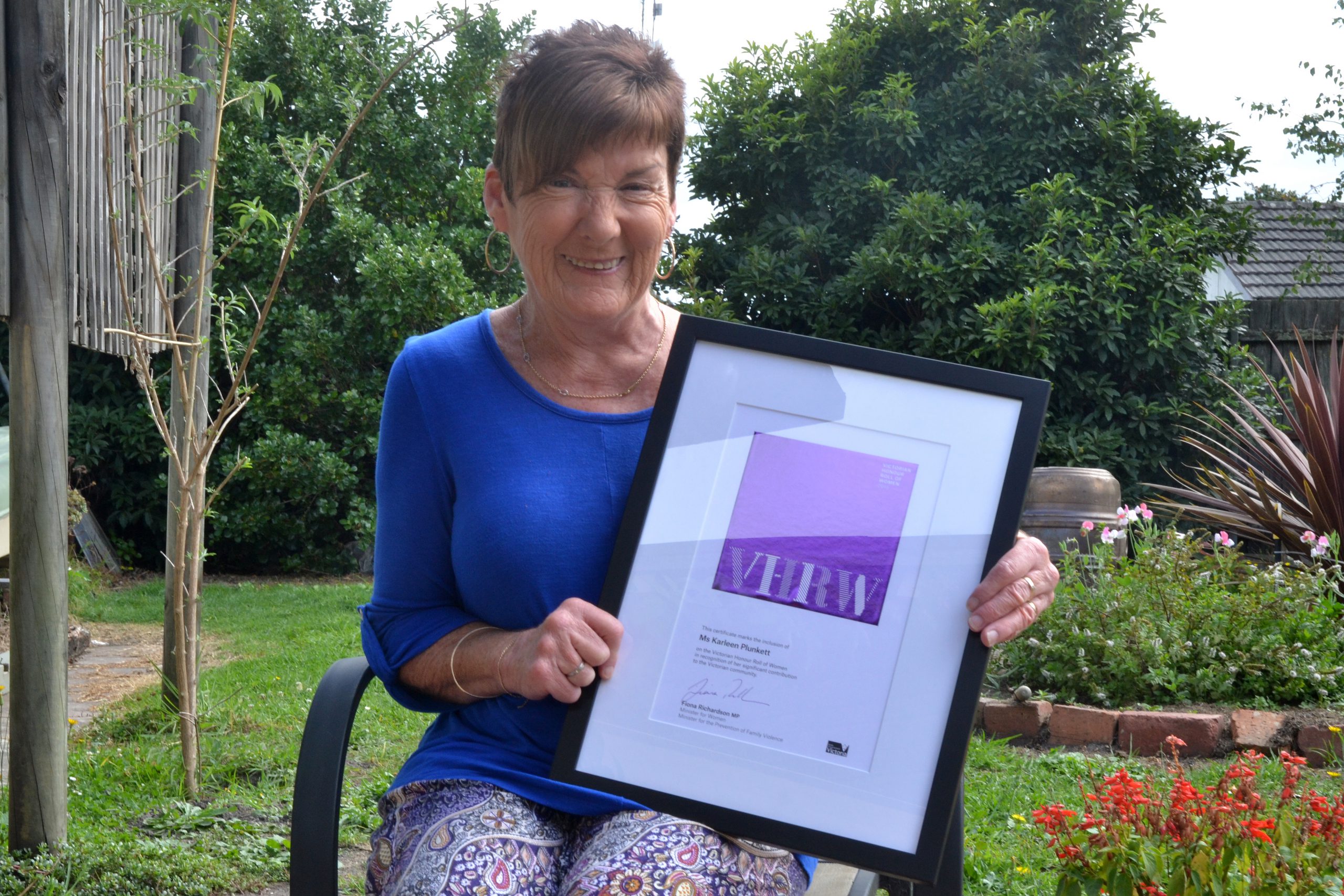 AN unwavering commitment to a fair go for people with a disability has earned Moe’s Karleen Plunkett a place on the Victorian Honour Roll of Women.

The 55 year-old has worked at Latrobe City Council for 13 years as a disability services officer and developed council’s Disability Action Plan.

Her passion for disability advocacy began in the 1990s when she worked for Women’s Health West in Footscray.

“I guess during that time I discovered the inequality of women with a disability not having the access to health services,” Ms Plunkett said.

“I realised that there was a really big issue, those with a disability were in family violence situations.”

Ms Plunkett then worked to implement statewide initiatives to encourage women with disabilities to undergo pap tests and breast screening.

“Some of the women didn’t know (services like BreastScreen were available), so education was part of it.

“Getting to the centres could have been really difficult.

“BreastScreen back then did a lot and had a look at their policies and how they can become more flexible.”

Ms Plunkett said the ensuing changes including the ability to book a double appointment for those who may need extra time to undergo testing; and changes to screening machines to allow them to move low enough for people using a wheelchair.

It was around this time Ms Plunkett was also asked to be on a statewide committee against sexual assault.

“It was the first time we got to have a voice on a statewide committee talking about violence against women with a disability.

“I’ve never been in a violent situation, but I hoped I had the empathy to be able to be the voice through my time on it.

“Now there’s been changes in the family law bill that include women with a disability.”

Ms Plunkett was born in northern Victoria and moved to Moe at the age of nine.

“When I started secondary school I had to go to Melbourne, because (schools) didn’t have the integration stuff they do now. I became the city slicker, as they say,” she said.

Eventually, Ms Plunkett decided to take a break from her fast-paced city life and applied for a job with Latrobe City.

“Being so close to Melbourne anyway, you have the best of both worlds.”

Ms Plunkett is now preparing for retirement with her partner Craig in Donald, in the state’s east.

“We’ve got some land and hope to be pretty self-sufficient. I’ve got a real passion for us to be kind to the environment,” she said.

She sits on the Public Transport Access Committee and the Victorian Local Government Disability Planners Network.

When asked about the future for people with a disability, Ms Plunkett said she was personally “very cautious” and the concept of a National Disability Insurance Scheme could be “really great”, provided there was careful planning.

She is among 22 women who were last week inducted onto the Victorian Honour Roll of Women.

She said she was “stunned and humbled”.

“I think my journey’s been great,” Ms Plunkett said.

“There’s so many people that can take you on a journey and if you’re open to the change, things can be pretty good.”