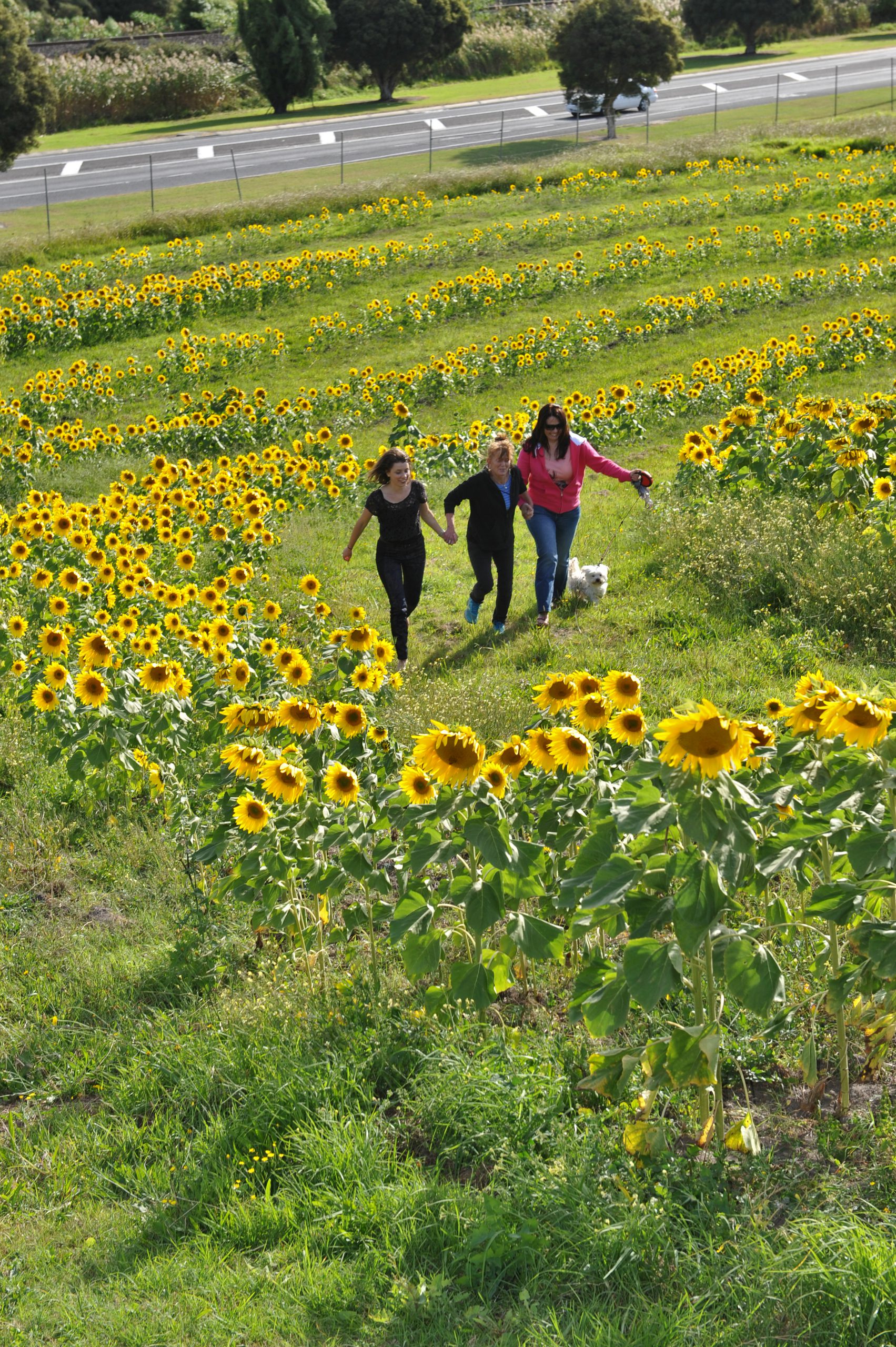 FROLICKING is among many impulsive desires one might feel in a sea of yellow blooms in Newborough.

The 2.4 kilometre spiral, ‘maze’ or ‘crop circles’ of some 50,000 sunflowers on Narracan Drive has also been traversed by a dizzied runner and a white-gowned bride for a wedding day photograph shoot.

The site is among six of ReActivate Latrobe Valley’s ‘Get Sunflowered’ sites in Moe, Morwell and Traralgon seen from the Princes Highway and Gippsland train line.

Newborough resident and ‘Get Sunflowered’ volunteer Catherine Ashford, who regularly waters the tall and “cheerful flowers” described the project as “feel good”.

She said when the seeds were first ploughed in December, a passer-by asked ‘what are you growing, potatoes?’

But since the sunflowers started flowering last week, she had seen people enjoying the blooms and taking photographs.

“This was a vacant block with weeds and blackberries and now it looks nice,” Ms Ashford said.

Volunteer Rustie Lassam said she first learned about the sunflower project at the Morwell site in Buckley Street.

“It just made me smile,” Ms Lassam said.

“What I like is people feel like they can come, walk through, there’s a good community feel.”

More than 30 volunteers have sown and cared for sunflowers, including Fulham Prison inmates.

ReActivate Latrobe Valley co-director Craig Douglas said there had been great anticipation in the community watching the sunflowers grow and “becoming”.

The senior lecturer in RMIT’s School of Architecture and Design, who assisted in the design of the ‘art and land’ maze, said the project was about bringing together disconnected groups in a positive way.

“It’s a cheerful thing and we’re trying to change peoples’ ideas about this place not being negative, but positive,” Mr Douglas said.

In the spirit of recent ‘Get Sunflowered’ garden parties across the Valley, a ‘Dizzy Bunny Garden Party’ will be held on Easter Sunday from 10am with an Easter egg hunt, boiled egg and spoon race and residents invited to take sunflowers home.