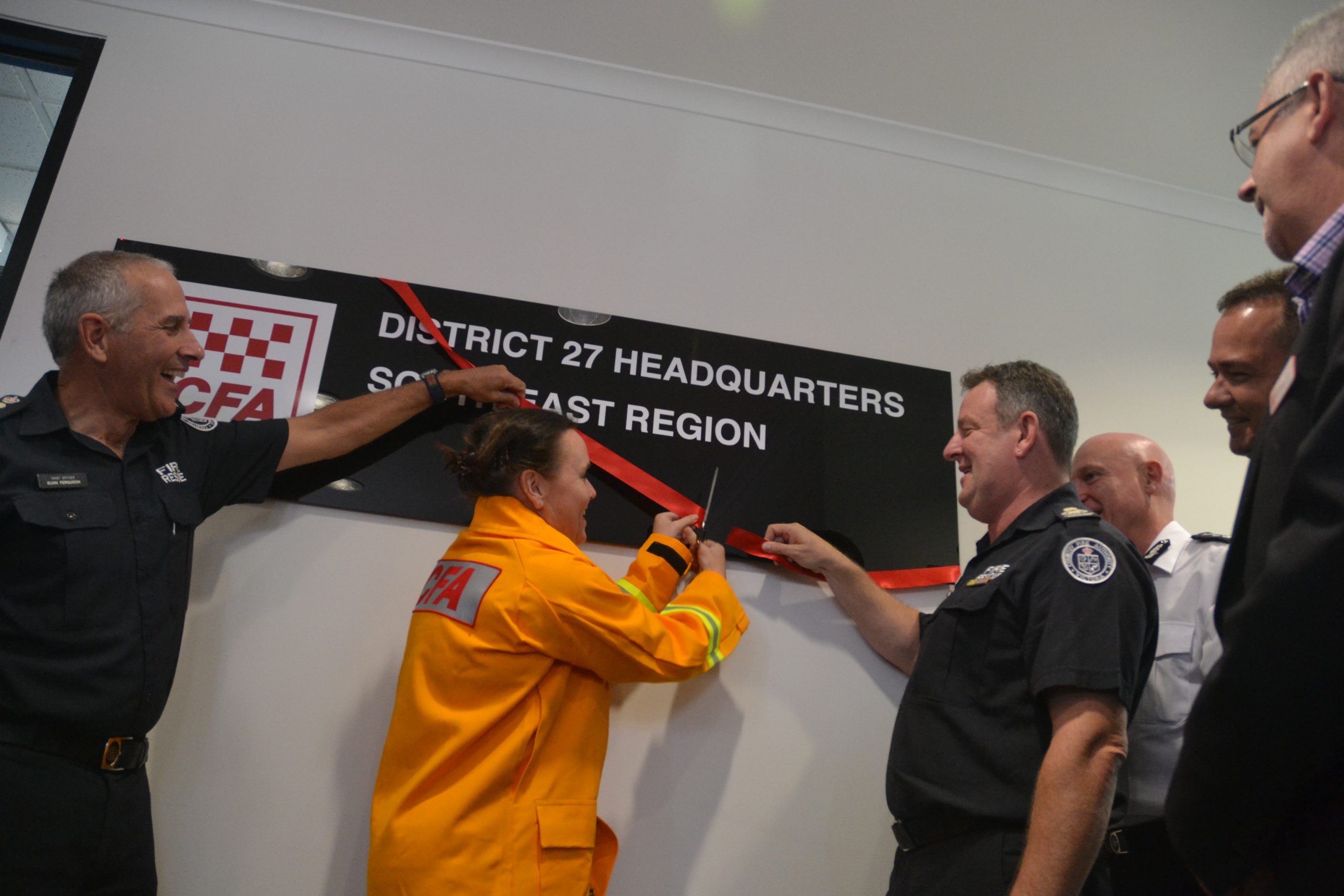 The curtain was raised on a complex overhaul to Latrobe Valley’s firefighting capabilities yesterday, through the launch of a dedicated CFA district tailored to the risks posed by the region’s open cut brown coal mines.

The new ‘District 27’ will align with Latrobe City Council boundaries, carving firefighting resources from neighbouring Warragul- and Sale-based districts, bringing 23 brigades under the one operational umbrella.

Marking the formation of Victoria’s first new CFA district in 53 years, the launch will see extra CFA support staff, training and resources focus on boosting collaboration between fire authorities, coal mine operators and other regional stakeholders.

With communication systems infrastructure in place, CFA chief fire officer Euan Ferguson said District 27 would be “essentially live and operational” by the end of April, well ahead of the next fire season.

The district’s launch ends a tricky period of negotiations between CFA hierarchy and longstanding Valley-based career and volunteer firefighters over the restructure, which has been described by members as a clash of operational cultures.

The district’s formation emerged as a key recommendation of the Hazelwood Mine Fire Inquiry, after the 45-day firefight exposed numerous shortcomings in the multi-agency response.

Speaking to a room packed with fire officials at the interim headquarters on Hazelwood Road in Morwell, Emergency Services Minister Jane Garrett said $5.5 million had been allocated to the district’s formation.

“This is not about bricks and mortar, this is about the spirit and dedication of thousands of volunteers and career firefighters who will come under this new umbrella,” Ms Garrett said.

“While the risk (of mine fire) has always been apparent it probably didn’t draw the attention it deserved,” Mr Johnstone said.

“There were horrendous circumstances which happened on the day which we weren’t prepared for, and this is about improving connection and collaboration between the resources and experience of what we have on the ground here.”

Welcoming the formation of the new district, Moe South Captain Brendan Jenkins said a range of complex incidents during the Hazelwood mine fire had given rise to discontent among CFA volunteers, which came to the fore when the new district was announced.

“This was announced at a ministerial level last year without any consultation or funding, and Latrobe Valley volunteers felt like they were bulldozed into the process,” Mr Jenkins said.

“Ultimately this may be the right decision but there might have been better ways to do it, so it’s taking members a while to come around to seeing the benefits of it, but that’s likely to come when they become more involved in the process.

“Having said that, volunteers are very keen to see what commitment the power industry will be making as part of this new collaboration, and how they are going to boost firefighting capacity from their side of the fence.”