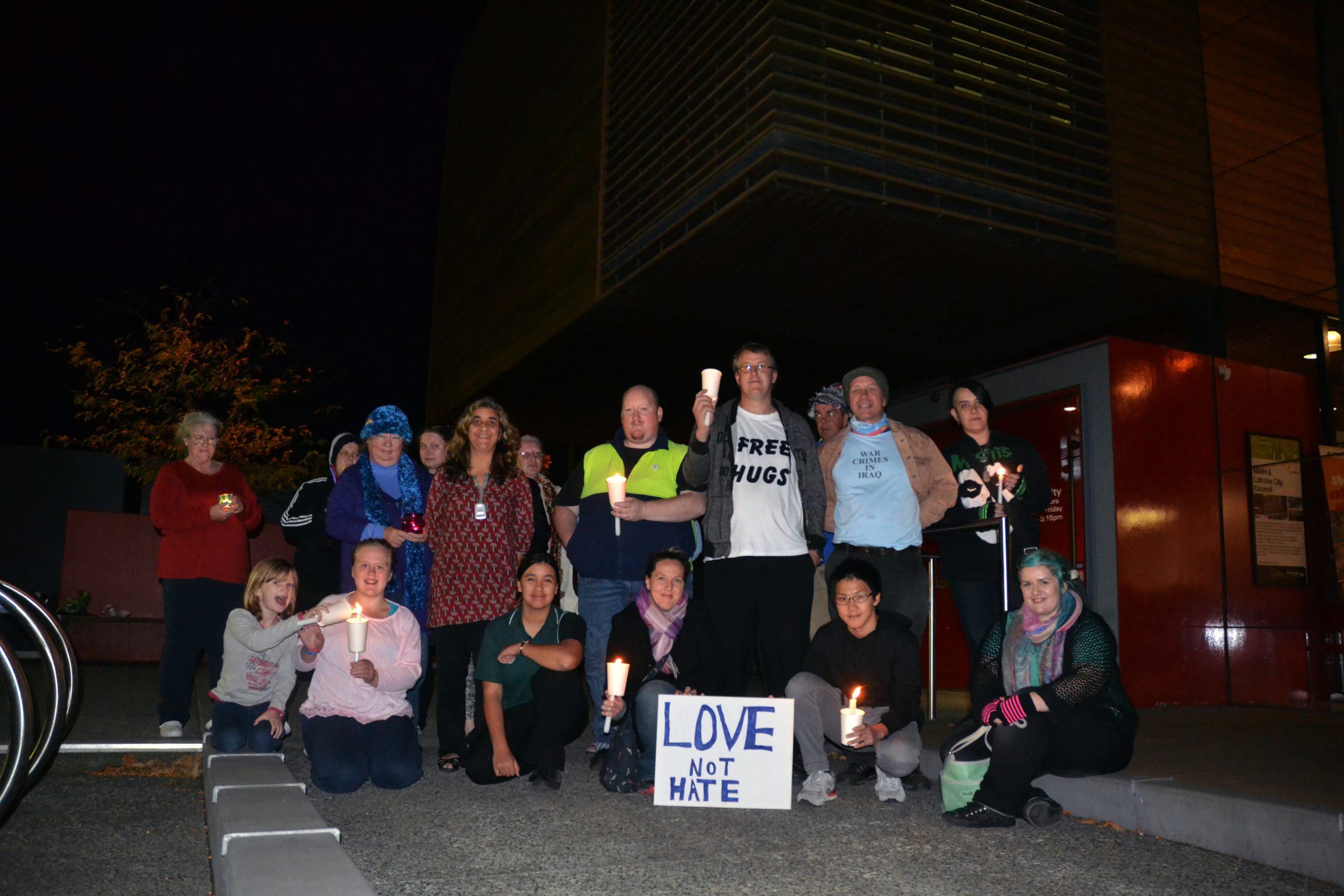 The show of solidarity with the Islamic community against the racially inflammatory behaviour of Latrobe City councillor Christine Sindt continued with a peace vigil outside council headquarters on Monday night.

Organiser David Hollis said the ‘No room for discrimination’ gathering was a sign of support for Latrobe Valley’s multicultural members affected by Cr Sindt’s conduct, and part of an ongoing push for a public apology.

“There’s people in our Muslim population that are being targeted now; they don’t want to log into their Facebook page because they are being harassed on there,” Mr Hollis said.

The vigil comes after more than a month of controversy over Cr Sindt’s behaviour, largely seen as anti-Islamic, which most recently included her appearance at a Reclaim Australia rally in Melbourne holding a controversial placard.

“The main issue is she’s using her position of authority as a councillor to share these views, but it’s really an abuse of authority we say,” Mr Hollis said.

“Sindt must apologise for this, because as a councillor her behaviour is legitimising her supporters, who are harassing and attacking local people, and it has to stop.”

Councillor Christine Sindt has refused to partake in mediation designed to address her refusal to remove controversial posts from her Facebook page.

However, Cr Harriman was unwilling to provide further details on further action until Cr Sindt had been briefed on the intended course of action.

“The evidence coming from a lot of people is this situation is affecting some businesses from coming here,” Cr Harriman said.

“There are anecdotal stories of doctors of Muslim background not wanting to come to the area because of this; this has to end.”