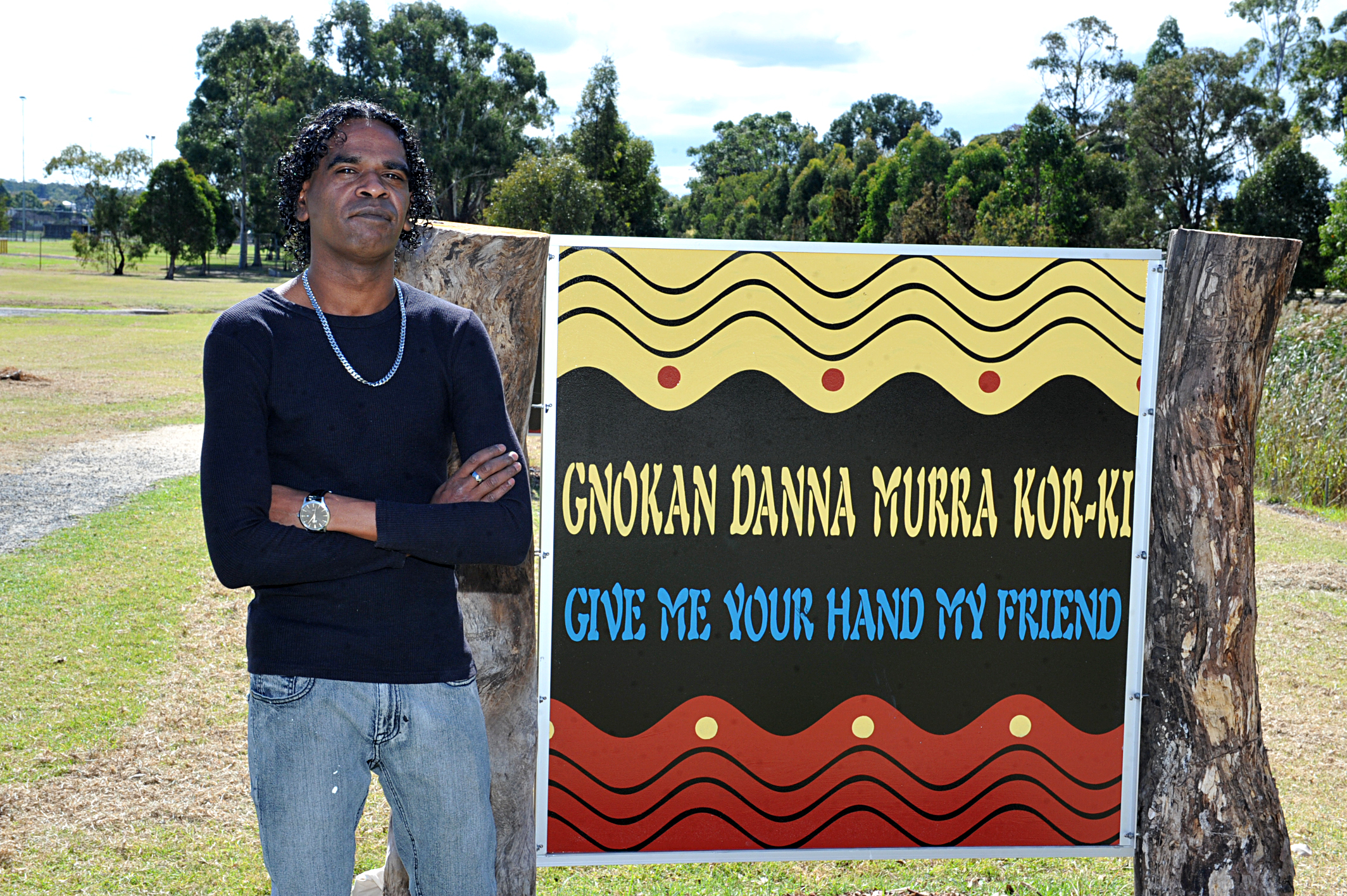 ‘Give me your hand my friend’ – that is the message of Aboriginal artwork that lines Morwell’s Waterhole Creek.

Its Aboriginal translation is ‘Gnokan Danna Murra Kor-Ki’ – the title of the walking trail erected a few months ago to preserve Aboriginal history and culture.

A spate of graffiti has delayed plans for its official opening ceremony, with protective spray, cleaning work and additional explanatory signage still to be completed.

“I think the first thing is it is regrettable it has happened,” Mr Khan said.

“But I am hoping the trail will create more understanding in the community.

“We shouldn’t have to police it all the time and clean it.”

Ramahyuck jointly funded the project alongside the Department of Health and Human Services, to pass on traditional local Aboriginal history to younger generations.

“The idea was to see how we could create some history and preserve it,” Mr Khan said.

“I think I want to see – especially young people – be part and parcel of the project to help preserve our traditional history.

“As well as respect elders past and present and leave something for the current generation to learn.”

So far, six have been completed and erected.

Mr Khan said he looked forward to working with Mr Edwards and the GLaWAC to continue protecting and finalising the artwork.

“(This will) complement the existing artwork as part of an indigenous cultural heritage walk.”

The committee will meet in the coming weeks and council’s project is scheduled for May.

Once all the work and details are finalised, a formal opening will be arranged.