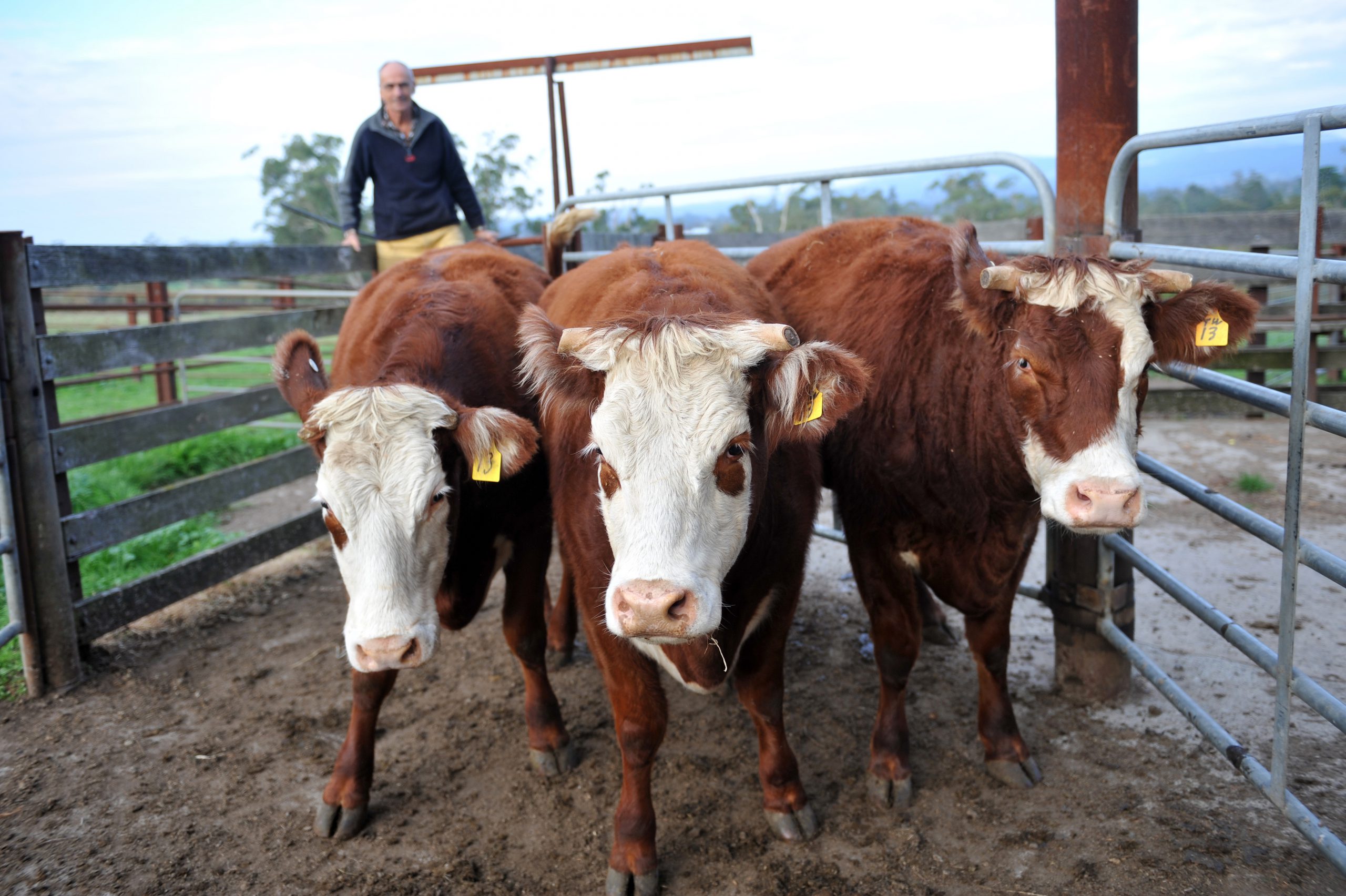 There was no special treatment for these special sisters who were taken off to the meat market this week, more than two years after their surprise triple arrival on a Yinnar property.

The Express first met the triplets before Valentines Day 2013 when delighted beef farmer Zarko Spehar said the three calves were “thriving and wreaking havoc” in their new home.

In a last minute photo opportunity before the heifers were loaded onto a livestock truck destined for the Koonwarra market, the somewhat larger two year-olds were still roughhousing in loading pens like true siblings.

“It’s sad to see them go, especially for my wife who’s a bit upset. But what can you do? You can’t marry them,” Mr Spehar said.

With beef market prices holding strong, Mr Spehar said the sale of the triplets would contribute to his best season in 30 years on his 300-acre property.

“It’s a good market to be selling into, so I think I can’t go wrong this time. I’ve already sold probably 80 head so far this year, and there’s another 18 heifers in this delivery,” Mr Spehar said.

“I’m enjoying this season, but it’s anyone’s guess how long it will last.”