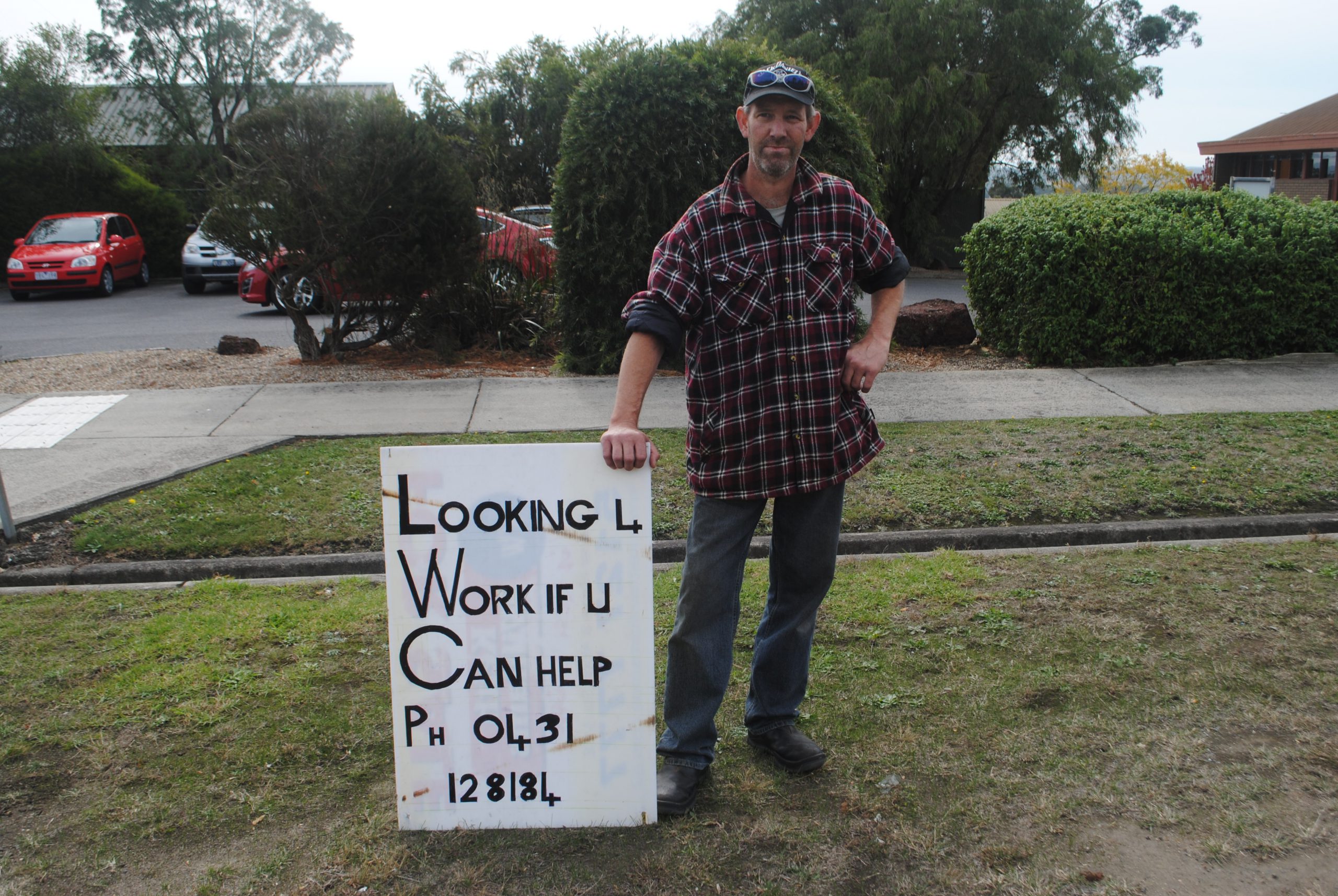 With no work available in his regular profession, a Latrobe Valley man has resorted to working the streets.

David Guy stationed himself at the roundabout on Narracan Drive, Moe from Thursday last week in the hope of someone seeing his commitment and giving him a job.

Usually a butcher, Mr Guy said this was a slow time of year for the industry and was trying to find construction work.

“I’ve done a lot of stuff, I’m a qualified butcher and slaughter man, plasterer, I’ve installed fibreglass pools in the ground with all the plumbing and concreting,” Mr Guy said.

“I’m looking for something in construction, more so something hands on, but then again you don’t take anything for granted these days.”

Mr Guy said he was not registered with employment agencies and there were not many jobs advertised locally.

“There was nothing going so I thought I’d do something a bit left field, a bit different and stand out there.

“Around here, in this particular area it’s hard to find work but it’s a sign of the times at the moment, I guess.”

As of noon on Friday, Mr Guy had received phone calls, including one from an employment agency who could offer him a position in childcare.

“It’s been positive, I’ve got a few people who have come up and asked me about what I’m doing.”

“It would be something different, all I’d have to do would be to get a police check and that’s no worries.