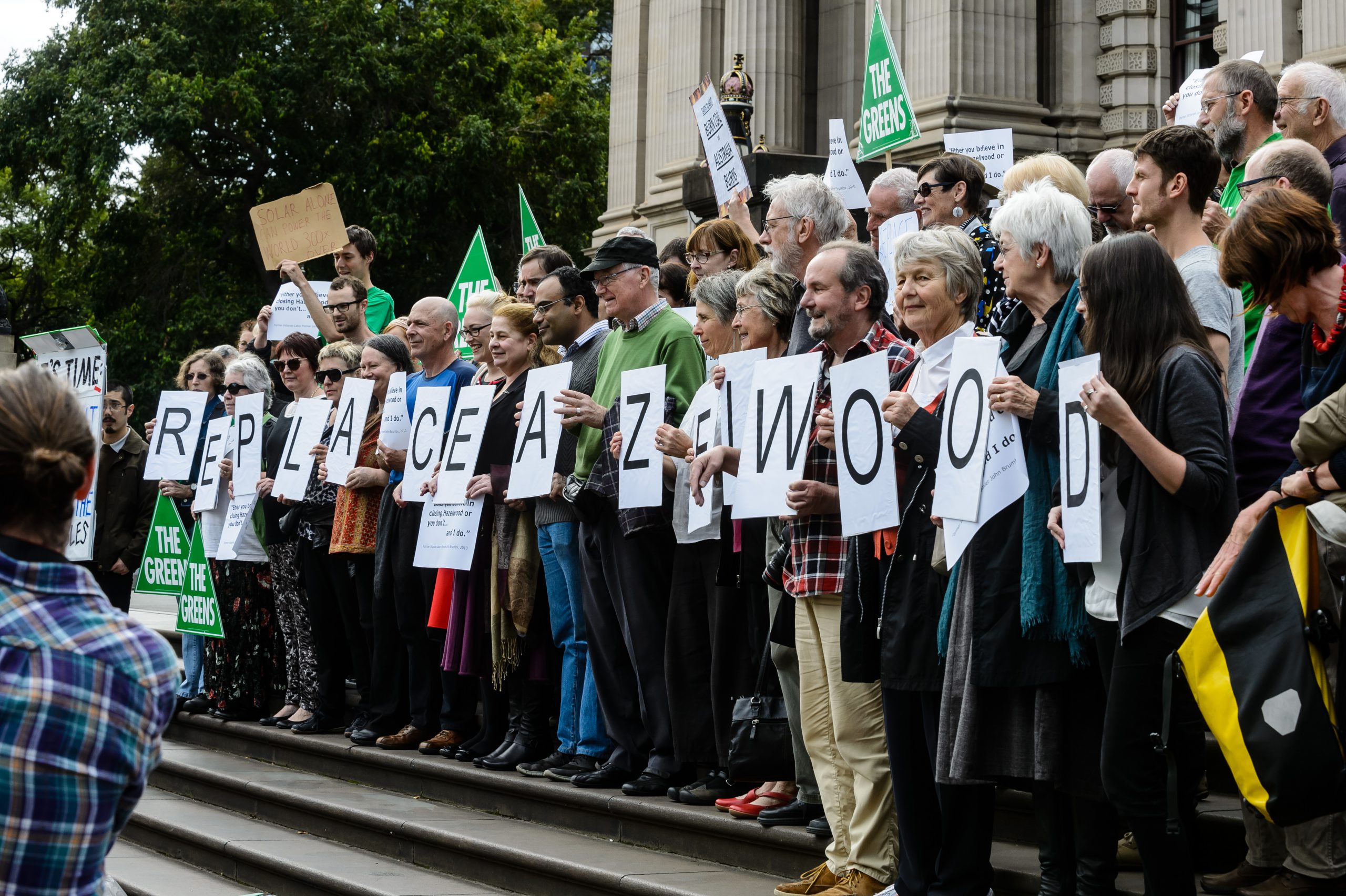 Hazelwood mine fire activist group Voices of the Valley has shown tentative support for the Greens campaign for a government-forced closure of Hazelwood Power Station.

On Thursday the Greens rallied at State Parliament calling on the Labor Government to replace the coal-fired power station with clean energy.

More than 3000 signatures have been collected supporting a closure.

VOV president Wendy Farmer, who has family working in the power-generation industry, said the group did not support closure, but acknowledged the station would eventually close down.

“It’s really about the Greens saying Hazelwood is an old station and eventually it will have to close down and we need a lot of job creation before that happens,” Ms Farmer said.

“We can’t let the privatisation (of the State Electricity Commission) and the destitution that it caused happen again.”

Tom Doig, author of a book detailing the Hazelwood mine fire event, said he attended the rally to explain replacing the station was both an environmental and social justice issue.

“Obviously for people in the Valley in particular, it’s confronting and potentially disturbing when environmentalists start talking about closing down Hazelwood, and it’s easy and justifiable to say, ‘What is the transition plan?'” Mr Doig said.

“I support the closure of Hazelwood as long as it is done in tandem with a well thought out transition plan to creating jobs in the region, and mine rehabilitation is a massive one.”

Greens Member for Melbourne and spokesperson for energy Ellen Sandell said Labor had a plan to phase-out Hazelwood in 2010.

“The government must act on its promise to close Hazelwood, and commit money in the upcoming budget to a community-led transition plan for the Latrobe Valley to create jobs and rehabilitate the mine,” Ms Sandell said.

“I understand that the community is nervous about Hazelwood being replaced, but most people in the Valley are saying it’s on the way out, it can’t continue with the health impacts and want to see it replaced.”

However, Member for Morwell Russell Northe said he had received a number of calls from locals calling it a nonsensical suggestion, and having scant regard for the local community.

“There’s no detail for how, when or if or what consequences might be, or anything from a security of supply point of view. Locals don’t want to be lectured by city-based Greens, telling us what and should not occur.”