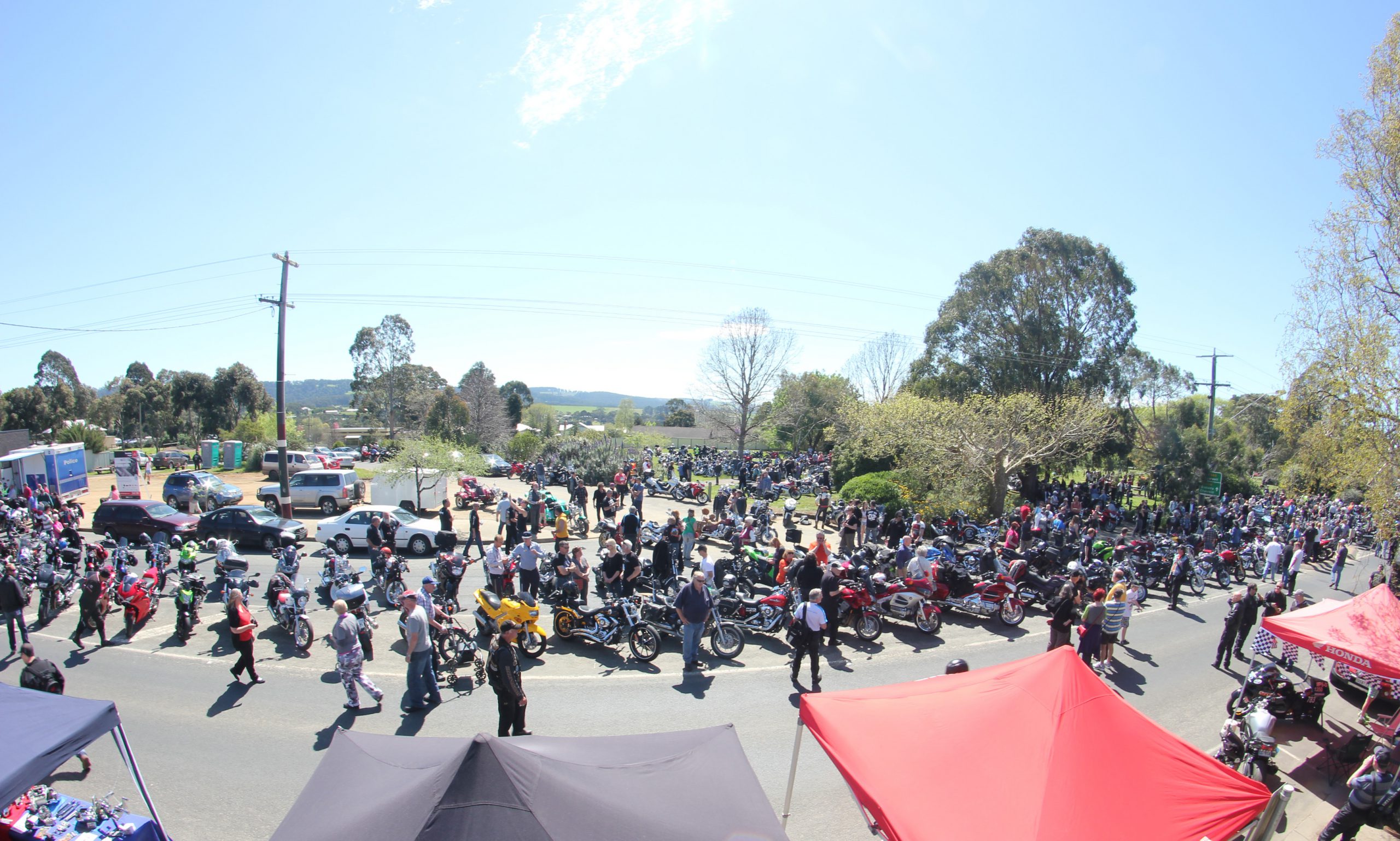 A biker gathering of biblical proportions planned for Mirboo North in October almost went to the wreckers last week, after organisers of the second ‘Blessing of the Bikes’ temporarily cancelled the event.

Hordes of motorcyclists from across the country revved up their support for the unique biker bash on social media after learning this year’s event had been tentatively garaged amid apparent frictions in the town’s business community.

However, on Saturday event founder Marcel Widmer said the event was “back on” after receiving a groundswell of support and encouragement and securing an external event manager.

“I want to thank all of you for your support, messages and phone calls over the last few days,” Mr Widmer wrote on Facebook.

“I was pretty down in the dumps when I made the decision to call it off after taking on board too much negativity, but we’re back and we’re good to go.”

Last October the European tradition of motorcycle camaraderie saw in excess of 1500 bikers flood Mirboo North’s main street for the inaugural event, in which bikers wished each other good luck and remembered fallen comrades ahead of the summer riding season.

Preparations were quickly in place for a follow up blessing for 10 October this year, which Mr Widmer said at the time was hoped to attract up to 5000 riders.

However, shock news of a possible cancellation quickly spread through social media last week due to concerns from some local businesses about the event’s impact on retail trade.

The news attracted a flood of protest comments, prompting co-organiser Sabine Widmer to clarify the situation in a Facebook post.

“I just want you to know that the council, police and VicRoads were very supportive of the Blessing of the Bikes event,” Ms Widmer wrote on Thursday.

“But a few businesses in Mirboo North (don’t see the bigger picture what this event could do in the future for this area), have made the organisation of the event much harder than it needs to be.

“I believe if you do such a big thing the town has to be united 100 per cent. This has taken the joy out of putting on such a great event in this town and this is the only reason why we’ve cancelled the second blessing of the bikes.”

“Please reverse everything, lock in your ride plans and meet… thousands of fellow riders here in Mirboo North on the 10th of October for the second Blessing of the Bikes.”