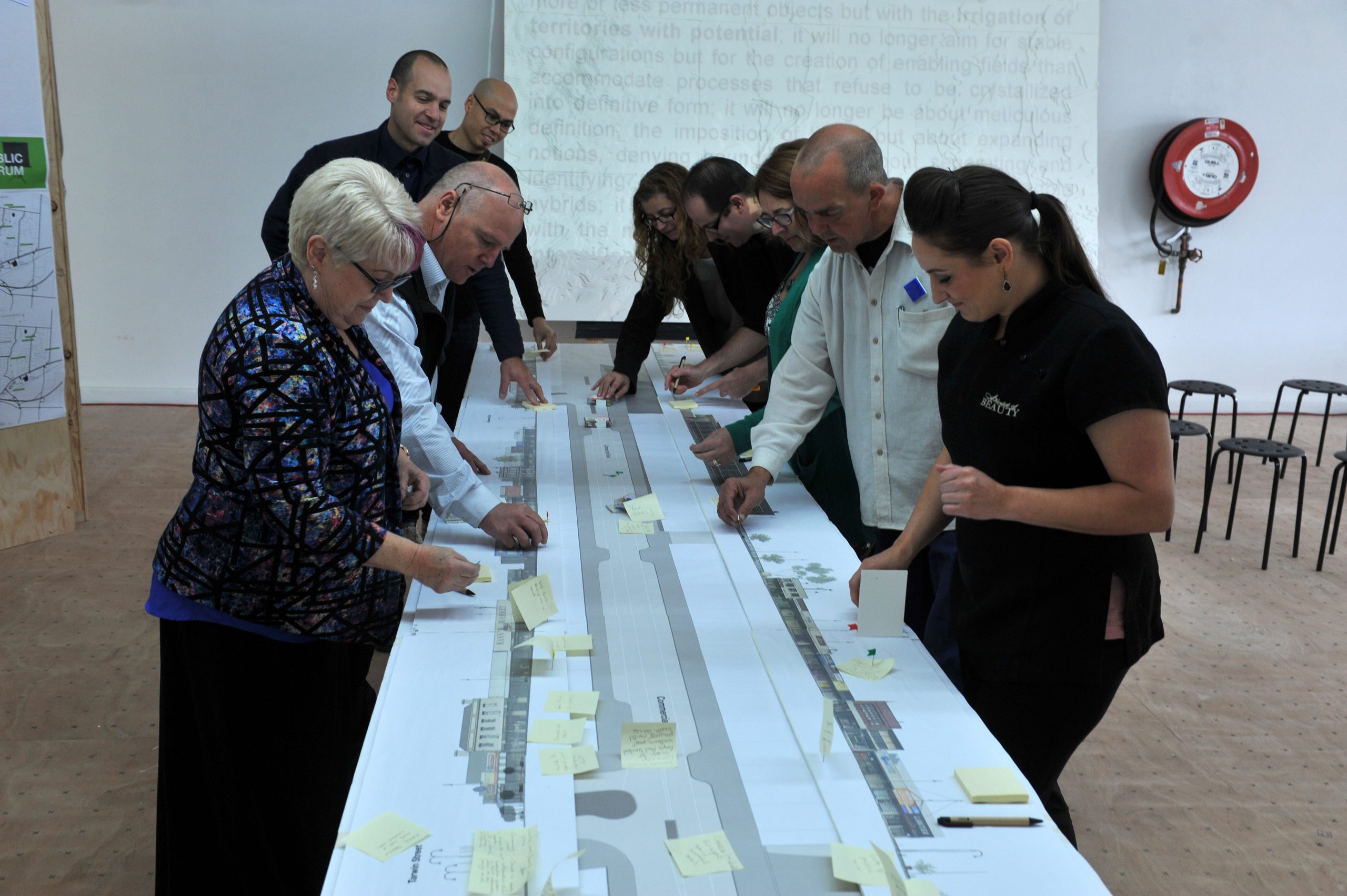 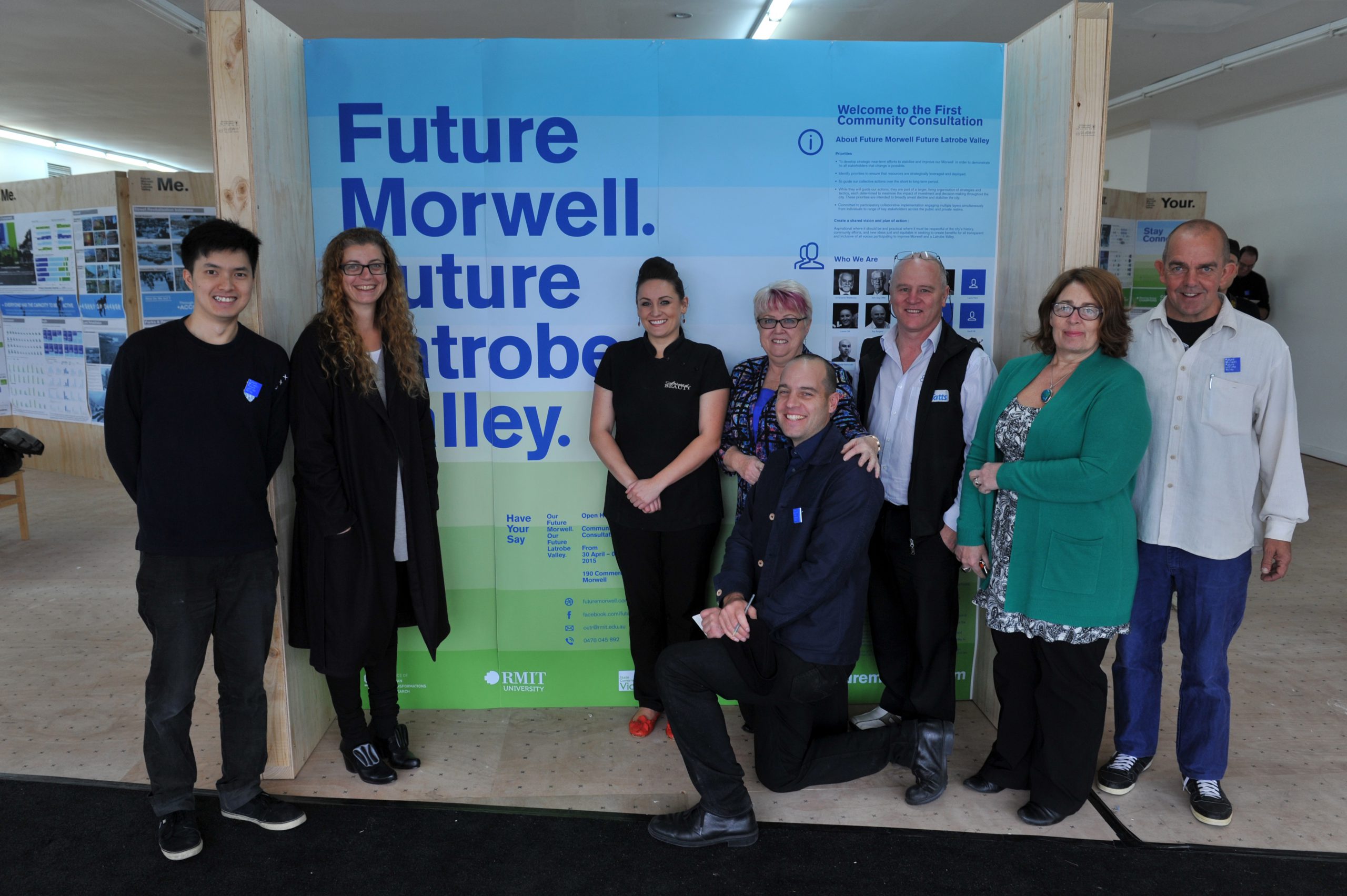 Morwell residents have pumped ideas into the town’s future lifeblood, with organisers pleased with the number of people walking through the Future Morwell project’s display.

The Future Morwell project steering committee – made up of RMIT University, Latrobe City councillors and Morwell community groups – set up shop on Commercial Road over the weekend.

Reinvigorating the former Spotlight building with an exhibition of drawn-up plans, community members were asked to pinpoint key needs and desires for Morwell’s “heart”.

“The whole purpose of this series of consultations is to get input from the community as to how they see this first step in the Future Morwell process turning out,” Cr Middlemiss said.

“This is not about us telling people what Morwell needs, this is about listening to what people think Morwell needs going into its future.”

Community members were handed red dot stickers and post-it notes to provide feedback on the designs drawn up by members from RMIT University’s School of Architecture.

“We’d like to see a really strong heartbeat in the middle of the town,” Ms Codlin said.

“We want it to be a great place for people to come and for it to look and feel different.”

Today is the final community consultation day with general access open between noon and 2pm, but the Future Morwell committee invites further input throughout the project’s duration.