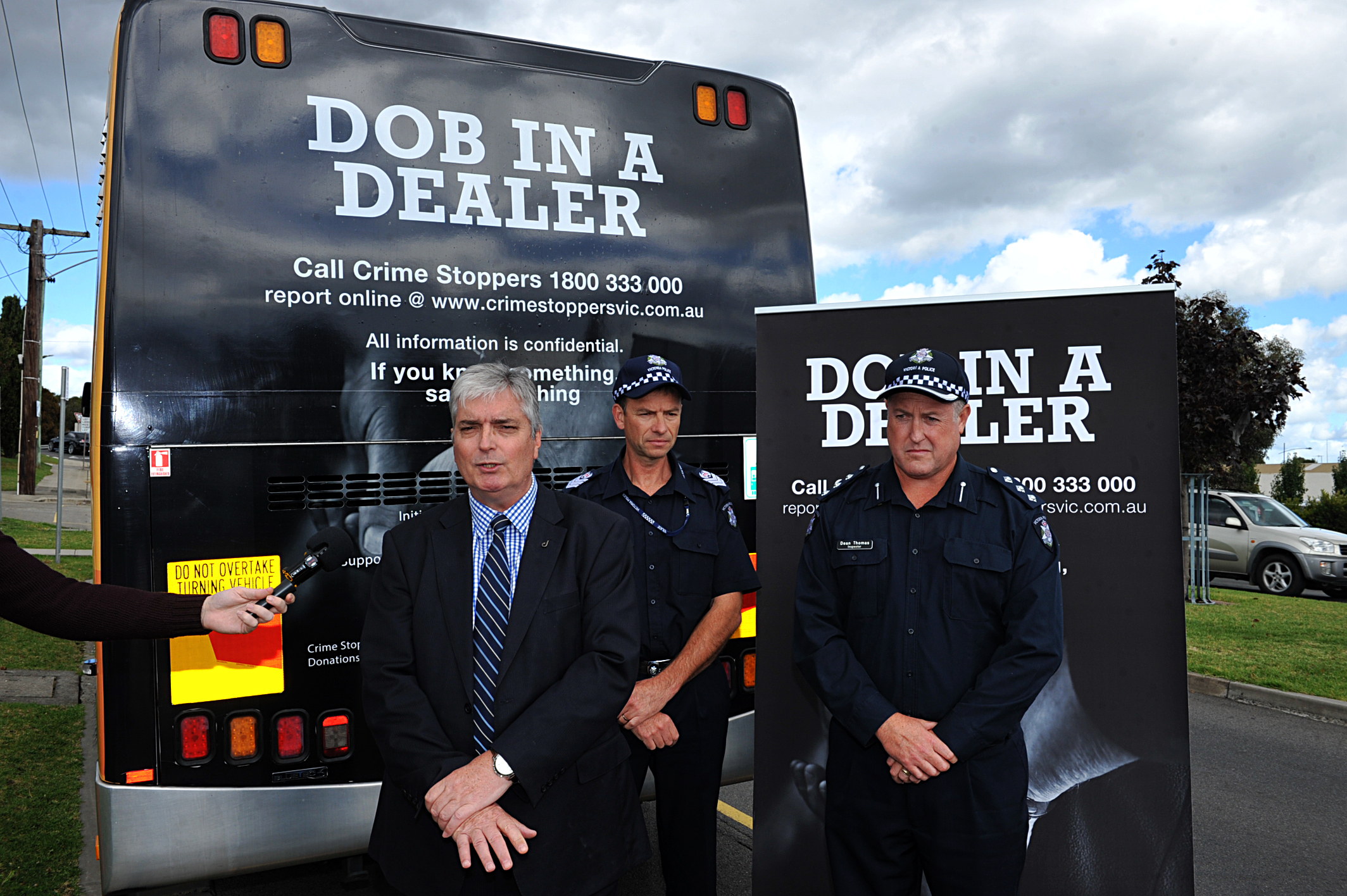 Police have received a 263 per cent spike in tip offs of suspected drug activity in a campaign to combat the manufacture and distribution of crystal methamphetamine or ‘ice’.

In the fortnight following the ‘Dob in a Dealer’ Moe launch, Crime Stoppers recorded the increase in confidential drug-related intelligence.

“We saw a 263 per cent increase in intelligence, compared to across the state, there was only a small increase, I think some of this can explain the jump,” Mr Brown said.

He said the State Government’s $45.5 million Ice Action Plan and the Federal Government’s National Ice Action Strategy also putting the issue “front of mind” with people responding to the campaign.

“This information goes back to police and gets evaluated for action. We’ll be working closely with Victoria Police so they can allocate resources appropriately for operational consideration,” Mr Brown said.

Moe police Senior Sergeant Peter Fusinato said it would take about a month before police would know if there was any intelligence of value.

Sgt Fusinato said tip offs intelligence would be allocated to stations and the Morwell Divisional Tasking Unit, where cases would be assigned to members to investigate and apply for warrants if needed.

“A lot of crime is linked to drugs, the result of drugs or an addition to feed habits; it’s all-encompassing.”

Furniture, Beds and More owner Christine Waterhouse – who donated advertising space on the bus with other Moe business Rent 4 Keeps – said the idea followed a conversation with Moe police and an ice forum held last year.

“We’re just doing something active about it, ice is wherever you go, but we’re lucky that we have police that are good,” Ms Waterhouse said.

Mr Brown said the campaign would return to Morwell and Traralgon in June.