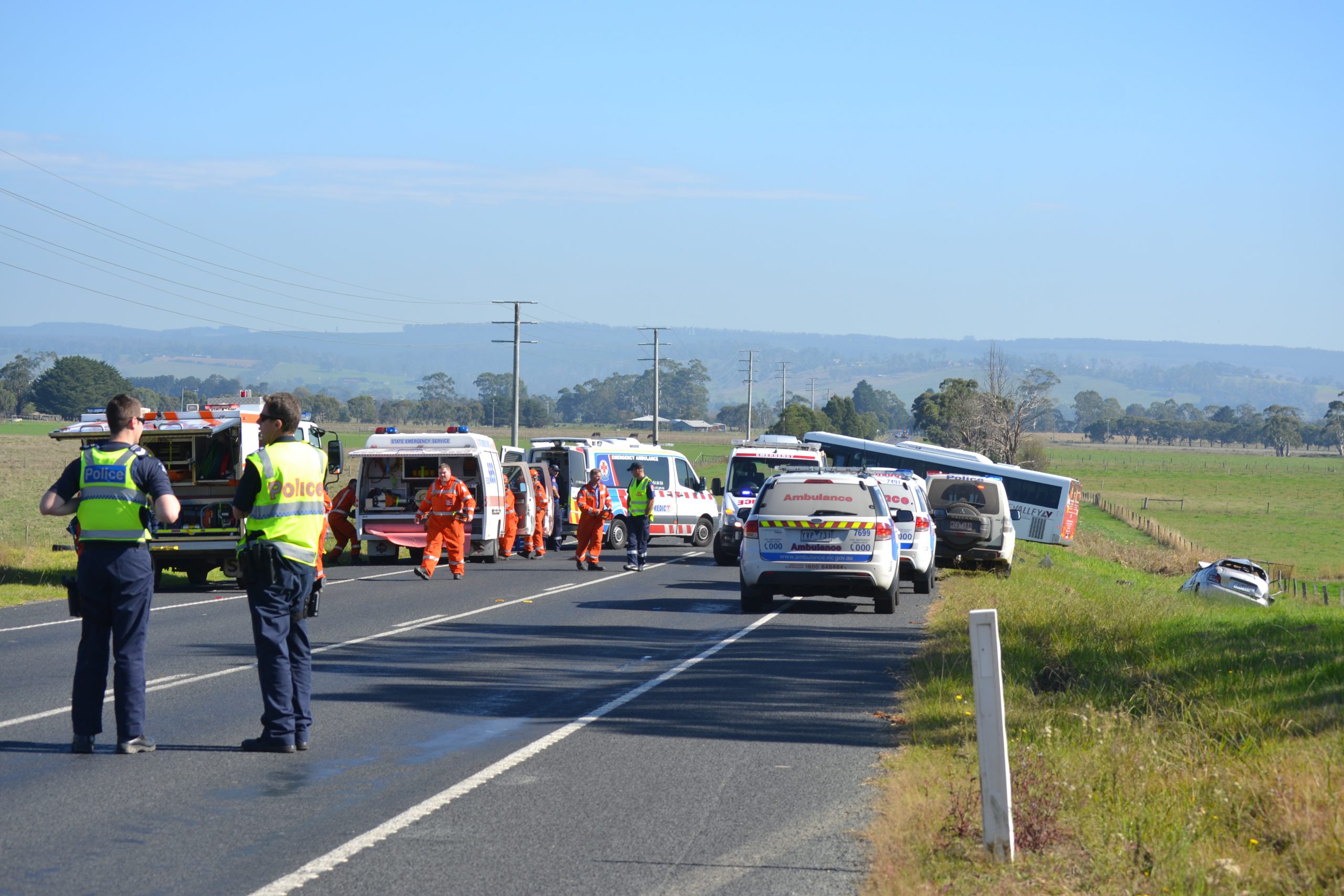 Victorian Major Collision Investigation Unit was on scene at a car accident on Monash Way, Yinnar for more than four hours on Monday.

Emergency services were called to a single-vehicle accident at 9.50am after a female underage driver lost control of the vehicle, causing it to roll near Walshs Road, Yinnar.

The road was blocked for about five hours while MCIU investigated the scene.

The 15 year-old driver sustained a broken arm while a male passenger, also in his teens, received head injuries and was in a critical condition on Monday.

Both were flown to Melbourne’s Alfred Hospital.

A third occupant, a female passenger, was transferred to Latrobe Regional Hospital in a stable condition.

At the time of publication, the underage driver had not been charged with any offences.

MCIU is appealing for witnesses and ask anyone with information to phone Crime Stoppers on 1800 333 000.

Police located a maroon Mitsubishi Lancer stolen from a Newborough property last week in a nearby pine plantation at the weekend.

The car, which was stolen on Wednesday, 29 April, is alleged to have been taken for a joyride and was found along the railway line in Hernes Oak.

Latrobe Criminal Investigation Unit has asked anyone who saw a maroon Mitsubishi Lancer being driven suspiciously in the Latrobe Valley area between Wednesday evening and Sunday morning to phone 5131 5000.

More than $10,000 worth of cigarettes were stolen from a Shakespeare Street service station on Wednesday morning.

About 4am, an unknown offender forced entry by breaking United Petroleum’s front window and removing the cigarettes.

Anyone who witnessed the incident should phone Latrobe CIU on 5131 5000.