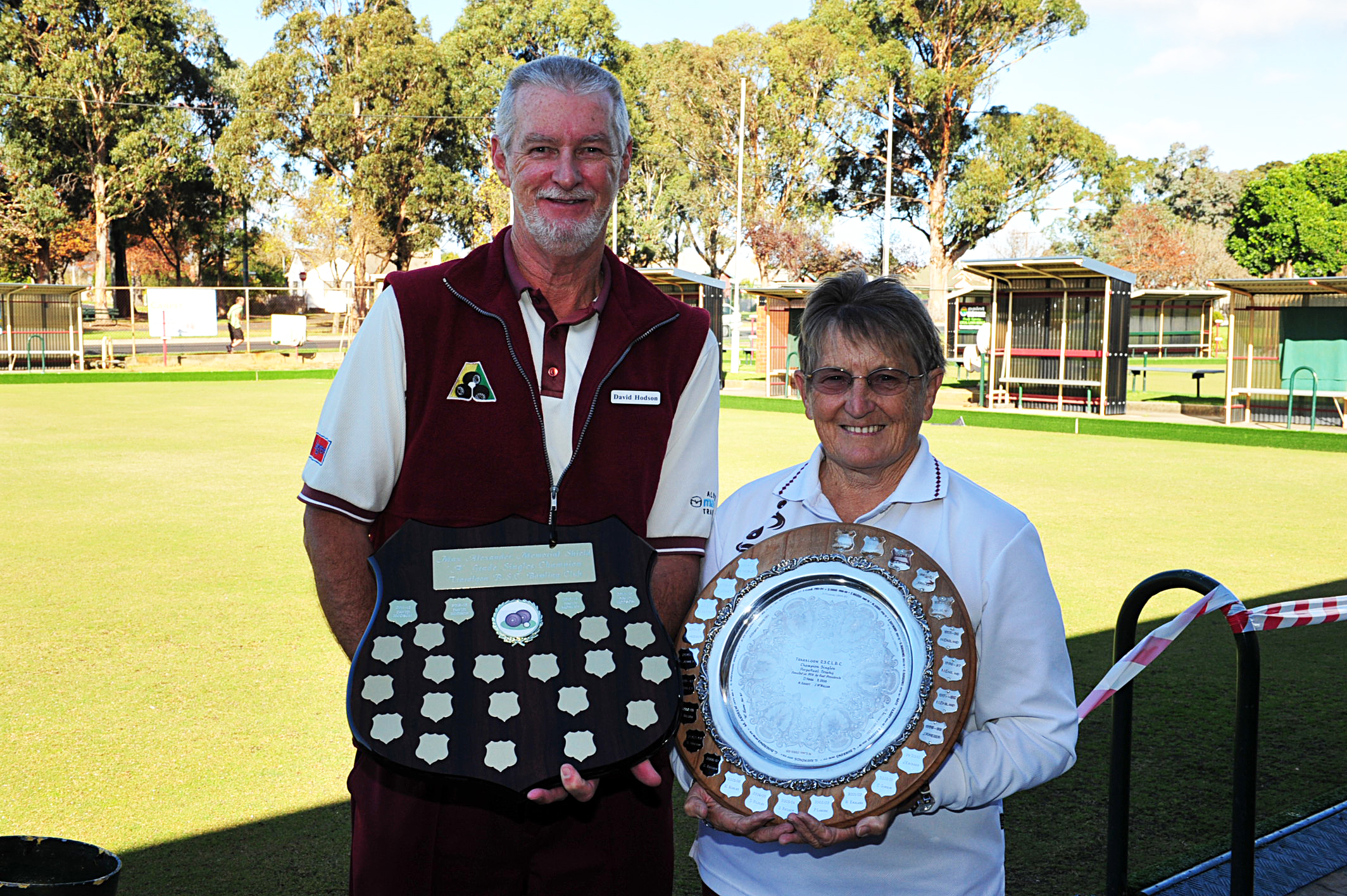 BOTH A grade champions at Traralgon RSL Bowls Club tend to win their respective titles like clockwork, though on different schedules.

The 2014/15 men’s champion David Hodson has done it thrice in four seasons, while women’s winner Margaret Morley’s three titles have come at five-year intervals, starting in 2005.

Enjoying one of his best seasons since taking up the sport in 2006, Hodson secured seven club titles in all and finished runner-up in the men’s pairs at both club and over 60 state level with Neil Ellery.

Following back-to-back titles in 2011/12 and 2012/13, seasons which also saw wife Marianne secure the women’s championship, Hodson relinquished the crown to David Morley, but was back with a vengeance this campaign.

Bizarrely for a sportsman, a surgically induced injury brought out the best in Hodson’s game, helping him reclaim the men’s crown.

“I had a knee replacement in June and have still been recovering from that, so that’s slowed me down where I’m not moving as quick, which meant I took more time on the mat, more concentration and bowled better,” Hodson said.

A shift worker, Hodson said the time away from work while recovering had also helped, given he would be well rested prior to playing.

“I’m not finishing a night shift then I’ve got to front up to play a championship, I’m fresh every day that I come here to play,” he said.

“I’m very happy with how things went, I had eight club events, won seven and finished runner up in the other one.”

Morley may have suspected she was in for big things this season, given her previous two club titles had come five years apart.

“This year it was really pleasing because I beat the girls that had won last year and the year before so I thought that was a great achievement for me.

“It doesn’t matter what level you’re playing and what age you’re playing, if you win the club championship you’ve really achieved what you’re aiming to do.”

Morley said her trip to Queensland, where she met with friends from interstate to play throughout the winter months, steeled her to perform at her home club.

“I came back in fine form and carried it throughout the season,” she said.

“(It was) much better bowling and the greens were quicker which suits me fine.”

While her personal efforts were exceptional, Morley said the club’s success was the real highlight of the season.

“Overall the club getting on its feet and going again was really the highlight for me, it’s not personal (achievements),” Morley said.

Another standout moment was winning the championship fours to help send teammate Margaret England off in style in her final competitive match.